Andy Vences vs. Albert Bell on June 8 in Reno, Nevada 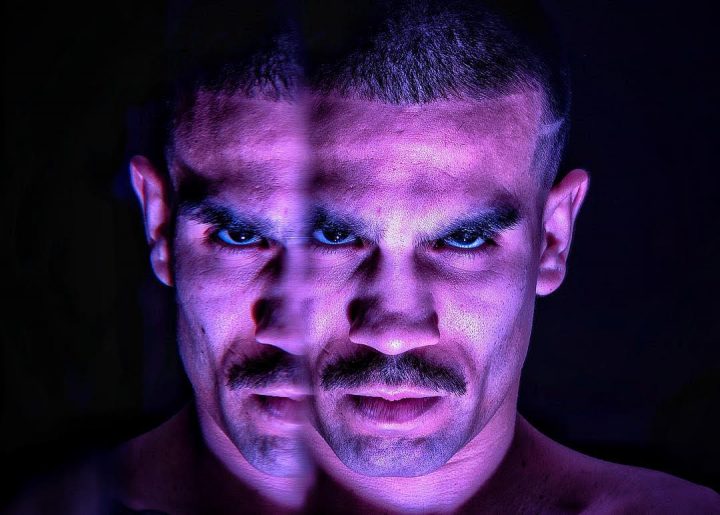 WBC Continental Americas super featherweight champion Andy Vences (22-0-1 12KOs) will put his title on the line June 8th at the Reno Convention Center in Reno, Nevada facing fellow unbeaten fighter Albert Bell (15-0 5KOs) in a bout that will be featured on the undercard of a nationally televised ESPN card headlined by Oscar Valdez vs Jason Sanchez for WBO featherweight title.

It has not been announced whether Vences will be on the ESPN or ESPN+ portion of the broadcast. Vences is looking to make a statement in order to get a world title shot by the end of the year.

Below are Vences’ thoughts on this camp:

How has camp been?

Training camp has been great I’ve been in camp since the beginning of April because I knew I was expected to return to the ring in June. I did my job as a fighter and was active and working hard. Once my fight got announced early May, I had sparring partners fly in, and even got some sparring this camp at the Top Rank gym in Las Vegas, Nevada on Cinco De Mayo weekend. My coach Angel Cordon and I have a great game plan going into this fight and are very confident. We plan to prevent, control and eliminate anything my opponent does or tries to do.

Winning this fight puts me in place for bigger things. My manager and I are pushing for a big fight. After this fight, we are either getting a title eliminator fight or getting a world title shot. That’s all I want to do my next fight. I feel it is time [to fight for a world title] after this fight! My opportunity I feel is getting pushed aside because people in my division know I’m one of the best.

What can the fans expect?

Fans can expect a very entertaining fight! I’d say a very competitive fight the first couple rounds as soon as things settle down fans can look forward to Albert getting dropped or knocked out. I don’t see this fight going the distance. Worst-case scenario the fans will get is, Albert Bell running and holding because the power, strength, and counters are too much for him. I know exactly what I need to do and know exactly how everything will play out in my mind.

While Wilfredo “Bimbito” Méndez showed his good preparation for his bout this Friday against his countryman Janiel “Pototo” Rivera, his partner Jean Carlos “Lobo” Torres will not be able to see action in the next “A Puño Limpio”, which will be held at the Ruben Zayas Montañez Coliseum in Trujillo Alto in a presentation of PR Best Boxing Promotions (PRBBP) in association with Spartan Boxing and Miguel Cotto Promotions.

Méndez (12-1, 5 kos), WBO NABO champion at 105 pounds, worked this afternoon at the Pedro Cobé Vega gym in Trujillo Alto, already in the final stage for his fight against Rivera (18-3-3, 11 kos), in an interesting match between two world ranked boxers at 105 pounds, but Torres announced that a shoulder injury got him out of this program.

“I feel good physically and mentally, anxious to fight on May 24 to give my people a good show, we have worked hard to give a good show,” said the #4 WBO ranked Méndez, who did a complete workout with his team in the gym. “I’m super anxious not to fail my people, to make the show they want to see, to expect a good fight.”

As for Lobo Torres (15-0, 11 kos), who was going to defend his WBO Latino title at 140 pounds against Nicaraguan Julio Laguna (15-1, 11 kos), the vice-president of PRBBP, Peter Rivera, told that “once he felt the bruise on his shoulder, we made the decision as a group to postpone the fight, we talked to the Laguna team in Nicaragua, they understood the situation, they are things that happen in boxing, Lobo is in a stage in his career that does not have to risk his position in the world ranking nor be bad with his fans. There come interesting things in his career. For the moment, we postpone the fight for June 28. ”

Lobo Torres himself commented that “we were working hard in this camp, but in the last sparring, we had a slight injury to the left shoulder, we went to the doctor and he recommended rest for a few weeks, I have a big responsibility with my people to go 100 percent to my fights, the best thing we did was to make the decision to postpone the fight for June 28.”