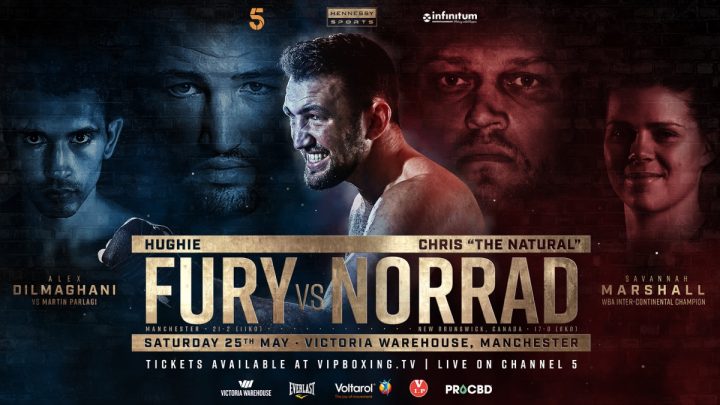 With Channel 5 cameras rolling live, the slick and super savvy southpaw resurfaces from an anonymous five year stint in the rough and tough finishing schools of Mexico City and Toronto to flaunt his considerable wares in a tasty 12 round international tear-up against Slovakian beast Martin ‘Cracker’ Parlagi.

‘When I review my career, later in life, I intend to have been involved in big fights. I expect to become a world champion and a great fighter,’ declares the 27 year old Southampton University law graduate.

‘Early in my career, I saw others focussing more on selling tickets than developing as fighters. So I fled to educate myself at boxing’s best ‘universities’ in Mexico City. I sparred several world champions including the great Juan Manuel Marquez.

‘Now, thanks to Mick (Hennessy, his new manager-promoter), I return to Britain as a potential bill-topper. I believe Mick has already pencilled in a few more statement fights for this year and I trust him to deliver ‘good and often’.

‘My mum and brother who are very important to me are both here (Dad passed away when Alex was very young) and boxing is booming in Britain right now. In terms of support and interest, if not talent, it’s probably the world leader. The British sell out stadiums.’

Dilmaghani is not shy of stating his ambitions, he wants the big showdowns and is prepared to drop down to 126lbs to face leading domestic names Carl Frampton and the winner out of Josh Warrington’s fight against Kid Galahad.

He said, “I’m back on these shores now and I’m campaigning to fight the best in the country and that’s the trio of Frampton, Warrington and Galahad. I feel I’m ready now to be let off the leash against them and the thought of fighting any of them gets my juices flowing. I’m in the business to fight the best and to prove myself so I’ll have to force myself into the mix, but I’m confident in my abilities and know I could handle any of them.”

The Iranian descendant first entered the professional ranks at the age of just 17 and with negligible amateur breeding.

‘I’d always been a real student of the game, reading books about the old-time greats like Sam Langford, Jack Johnson and Charley Burley. But I never got actively involved. The nearest gym was some way away and, besides, I enjoyed my food!’ quips the 5ft 8in contender who is now coached by the upwardly-mobile Lee Wilkins at the Body Shots Gym in Crayford.

‘I finally started at the Whitehawk ABC in Brighton when I was away at university. I only had a handful of amateur fights but won them all bar one when I was blatantly, blatantly robbed. Though I was only 17, Ronnie Davies (long-time coach to the Eubank clan) told me I was more than good enough to go pro.’

With one sole early points loss in career, he has remained undefeated in eight years and 14 fights since, expanding his global fan club with five wins in Mexico and a further seven in Canada. So what can U.K fans expect from his homecoming this weekend?

‘I compare myself to (Hall of Fame ex world light-middle champ) Winky Wright. Aggressive yet defensive minded. It’s not just because I’m relatively academic but I’ve developed a good boxing brain,’ claims Dilmaghani who has stopped four of his last six.

‘I’m an all-rounder. Very quick with a great chin. I’ve never been close to getting knocked down. And I fully respect the sport. Boxing is like a prison term. I’ve learned to live the life. Eat right, avoid idiots.’

Though heavyweight Hughie Fury formally headlines Saturday’s card, ace Alex intends to be the name on everyone’s lips once the duelling is done.

‘Every time I step between the ropes, it’s my intention to impress,’ says Dilmaghani.

‘Parligi brings a good amateur pedigree and has had a lot of pro fights, more wins than me. I’ve studied tapes and he’s a rough, tough operator but, trust me, I tamed plenty of those over in Mexico!

‘Boxing is a nasty, dangerous business so I always wish the opposition good health but whatever Martin brings I’ll have the answer for. I have everything over him; speed, technique, stamina, youth…

‘I expect to put on a fantastic show and probably stop him. I train way, way too hard for opponents to last the 12 round distance with me!’

Mexico has a rich heritage for developing some of the greatest names in the sport’s history . Might the next one from the conveyor belt be the custodian of a British passport?

Super-featherweight hotshot Alex Dilmaghani returns to these shore on Saturday 25th May at the Victoria Warehouse in Manchester on the undercard of Hughie Fury, exclusively live on Channel 5

Alex Dilmaghani was born in Redhill, Surrey, of Iranian ancestry but, following just a fistful of amateur bouts and eight pro starts in the U.K, the then 22 year old southpaw boldly uprooted to the sweltering slums of Mexico City to fast track his ring education.

‘I HAD to go abroad if I was to progress’ admits the well-spoken 27 year old, who holds a law degree from Southampton University.

‘I chose Mexico because it’s a great country and the Mexicans are really great people. It has a great boxing tradition and so many genuinely hungry fighters.’

The Iranian knight entered the profession as a callow 17 year old under the wing of long-term Eubank mentor Ronnie Davies way back in April 2009. Over the next four and a half years he racked up seven wins in eight starts – without ripping up too many trees – prior to taking the plunge across the Atlantic in early 2014.

Based at the capital city’s world famous Romanza Boxing Gym, Dilmaghani lapped up the wisdom of Hall of Fame trainer and national treasure Ignacio ‘Nacho’ Beristain.

‘I only started to take boxing seriously once I moved over to Mexico City,’ declared Dilmaghani who had the privilege sharing gym space with native all-time great Juan Manuel Marquez, the seven-time, four division world champion.

‘I did all my proper learning over there; how to train, how to fight, how to live. It was in the gyms of Mexico City that I developed all the subtle stuff, a proper stance, how to put your hip and shoulders into punches, the real science of boxing.

‘I meticulously studied the way (Juan Manuel) Marquez conditioned himself. He possibly wasn’t the hardest trainer I’ve ever worked alongside but he was definitely the most specific. Everything he did had genuine purpose.’

On a daily basis, the young ‘gringo’ challenged himself to survive then thrive against some seriously sinister hombres.

‘I sparred Juan Manuel in the build up to the last Pacquiao fight and, trust me, he lacks for nothing; very smart, very skilful. I also sparred lots of rounds with (three-time, two-weight world champion) Jhonny Gonzalez and (former WBC super-feather boss) Francisco Vargas. The sparring over there was always very hard,’ recalls Alex.

Between 2014-2017, the Azteca adventurer triumphed in all five fights in the Land of the Sombrero, completing the 10 round trip for the first time, and making quite a commotion by bombing out three hapless victims for the full ten count.

‘Mexico was a sacrifice I had to make and ended up a brilliant life experience,’ he says.

‘It took me out of my comfort zone, taught me not just about boxing but about life in general. It built mental strength. Though I’ve many great friends in Mexico now, initially I arrived on my own and couldn’t speak a word of Spanish.’

And having graduated the grime of Mexico, academic Alex attended a two-year finishing school in Canada, having been headhunted by Toronto promoter Lee Baxter in late 2016.

‘In Canada, a beautiful place, I may not have learned so much but, career wise, it was a great move for me, more about the fights than the training,’ claims Dilmaghani, who further expanded his global fan club by remaining undefeated in seven Canadian starts (one No Contest) which included a further three early finishes.

‘Apprenticing abroad will undoubtedly stand me in good stead,’ insists Alex who recently penned a deal with manager- promoter Mick Hennessy and features in a 12 rounder against Slovakian hard case Martin ‘Cracker’ Parlagi at Manchester’s Victoria Warehouse on Saturday week.

‘Living away from home, alone and so young, certainly taught me how to cope with pressure. I was living in a ghetto over there and the British inner cities just don’t compare. It was a seriously dangerous place. I came through and now nothing can faze me.’

Tickets priced at £40 & £70 are available from vipboxing.tv