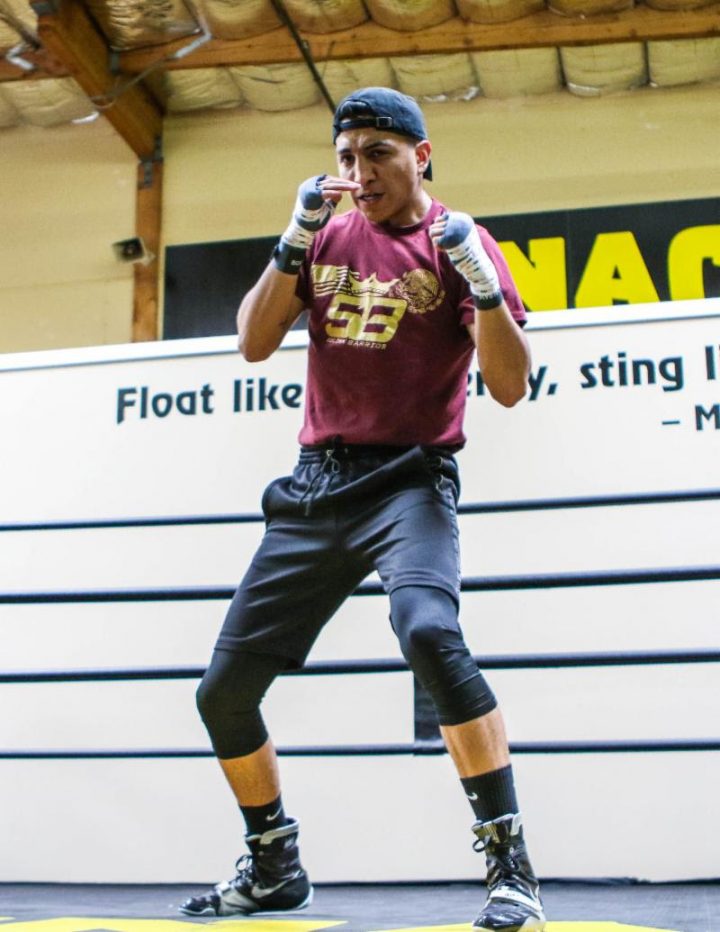 Unbeaten super lightweight contender Mario Barrios will return to action and look to further solidify his spot amongst the 140-pound elite when he takes on Argentina’s Juan Jose Velasco in a 10-round showdown as part of Premier Boxing Champions on FOX and FOX Deportes Saturday, May 11 from EagleBank Arena in Fairfax, Virginia.

Tickets for the event are on sale now and can be purchased through Ticketmaster (ticketmaster.com).

The 23-year-old made his 2019 debut in February, knocking out Richard Zamora in round four to bring his knockout streak to eight. Here is what Barrios (23-0, 15 KOs) had to say about his upcoming matchup, training camp with Virgil Hunter and more as he prepares to enter the ring May 11:

On his matchup with Juan Jose Velasco:
“Velasco is a tough fighter from Argentina who’s only loss is at the world class level against Regis Prograis. He will have to adjust to my style because I’m going to be dictating the action from the opening bell. My jab will be the key in this fight. I know I’ll have to let my hands go to be effective. This is going to be a tough fight, but I’m ready for the challenge.”

On his recent training camp:
“Training camp is going as planned. I’ve been in the Bay Area for the last six weeks working with Virgil Hunter and getting world class sparring with some of the best fighters in the world. Virgil has me perfecting my ability to fight with my length while using my jab efficiently. I’ve also been doing my strength training with Victor Conte and Remi Korchemny at the SNAC facility. I’m in amazing shape and will be at my best when I step in the ring against Velasco.”

On when he thinks he’ll be ready for a world title:
“I’m ready now, in my opinion, to fight any of the champions at super lightweight. I’m only 23, so there is plenty of time. I’ve never turned down a fight and when that time comes for me to get that title shot, I’ll be ready. I’m just talking it one fight at a time.”

On fighting on FOX:
“This is a major opportunity for the world to see me in action. The exposure on FOX is going to be unbelievable. My goal is to give the fans another knockout performance. Since I’ve moved up in weight, I’ve been knocking everyone out and my game is getting better with each fight. I feel I’m the next Mexican-American star in boxing who’s going to help keep this sport thriving.”