Maidana weight check, ahead of target date for June 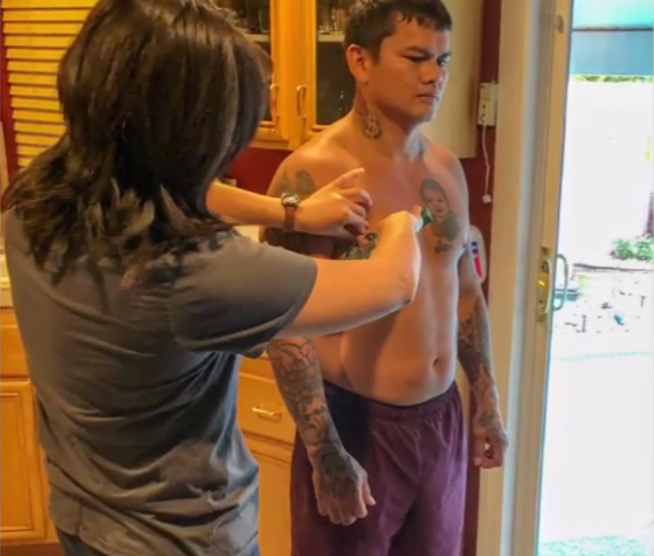 By Aragon Garcia: In a weight check for Marcos Maidana this week by his strength & conditioning coach Alex Ariza, he revealed that he’s down to 185.4 pounds, and is ahead of schedule to get him ready for his June comeback fight. Maidana, 35, started training five weeks ago at well over 200 lbs, and he’s already lost over 30 lbs.

The opponent being mentioned for Maidana’s June comeback is 34-year-old junior middleweight Phil Lo Greco (28-4, 15, who was last seen getting knocked out in the first round by Amir Khan last year on April 21, 2018. Lo Greco hasn’t fought since then. Lo Greco is still a good opponent for Maidana to fight after being out of the ring for five years.

The latest photos of Maidana (35-5, 31 KOs) revealed that he’s beginning to resemble his old self. The improvements in Maidana’s weight is incredible. He looked very heavy a month ago, and there were a lot of boxing fans that doubted that he would ever take all the weight off. Having seen Maidana heavy in between fights in the past, this writer saw it an easy task for him to lose the weight and lose it quickly. Maidana has always been able to drop weight fast during his training camps, and he still has that ability now.

Former two division world champion Maidana is making a comeback after five years out of the ring. He retired in September 2014 after losing to Floyd Mayweather Jr. Maidana was in his prime when he hung up his gloves. In the recent training video of Maidana, he looks as powerful as he did when he was fighting.

When Maidana first started his training for his comeback, he looked obese. His physique resembled heavyweight Tyson Fury’s physique when he started his comeback not long ago. Maidana didn’t weight close to 400 lbs like Fury, but he was said to be in the 230s, which is a lot of weight for a 5’8″ fighter. Maidana obviously was living well in retirement and enjoying the fruit of his labors.

The 186 lbs that Maidana currently weighs may sound like a lot to some boxing fans, but it’s not really that much over his old fighting weight of 160 lbs. Maidana weighed a solid 165 lbs on the night for his first fight against Floyd Mayweather Jr. in May 2014. Maidana is only 20 lbs over that weight. Considering that Maidana lost over 30 lbs in just five weeks, he’s going to have easy time losing the last 20 to 25 lbs to get down to 155 or 160 for his comeback fight in June. The comeback fight will be at a catch-weight of 152 lbs or so. Maidana can dehydrate 10+ lbs from the 160s to get to the 152 lb weigh-in limit for the fight.

There are a number of tasty fights out there for Maidana to take after he gets a few tune-ups out of the way. A match against Manny Pacquiao would be a good starter for Maidana. The two of them never fought each other years ago when they both were champions at the same time. Boxing fans would like to see them fight each other now. A rematch with Adrien Broner would also be an excellent fight for Maidana. Those two would be the best at the moment. Keith Thurman, Shawn Porter and Andre Berto would be excellent fights for Maidana. Six years ago, Maidana beat Broner in giving him his first loss in a 12 round decision win.