Lolenga Mock vs Mateo Damian Veron in Aarhus on May 18 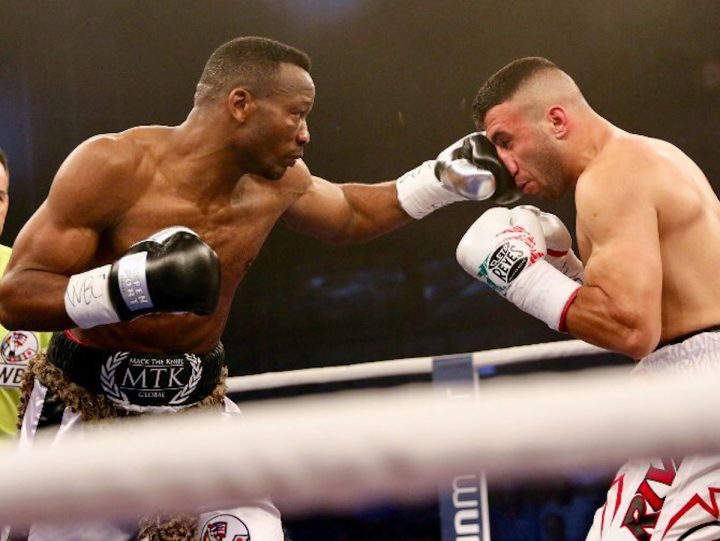 MTK Global is delighted to confirm it will co-promote Lolenga Mock’s IBA world title fight in Denmark in association with The Colosseum.

The legendary Mock seeks revenge on Mateo Damian Veron in his hometown of Aarhus on May 18 on a show that will see MTK Global working with local promoter Mohammad F. Tehrani and his company.

MTK Global President Bob Yalen said: “We are hugely proud to be branching into Scandinavian territory for the first time and relish this initial venture with Mohammad F. Tehrani and The Colosseum.

“We are also immensely honoured to work with someone of Lolenga’s stature – not just in boxing terms but in human terms – so it’s fitting we head into this with him fighting on the bill.

“As much as this could be a fond farewell from Danish boxing fans to one of its heroes, it’s also very much a ‘hello’ from us to Denmark and the whole of Scandinavia.

“As we look to establish ourselves in the region more firmly, our message to Scandinavian fighters is simple and transparent: We are here to help build your individual careers and boxing in your continent as a whole.”

Tehrani added: “It’s an honour for me to cooperate with such a huge worldwide promotion and management group as MTK Global. Together, I think we can make great shows and events in Denmark.

“If we take good care of the young boxers who are the future of our sport, and with the right resources and promotion, I believe boxing can regain the popularity it had during its peak in Denmark.

“With regards to Mock, he is a role model for not only young boxers in Denmark, but around the world. He lives the life of a clean athlete, and with that sets a great example for kids and young people who want to become boxers.”

Scandinavia has enjoyed huge success in the sport both historically and since the turn of the millennium.

One of boxing’s heroes Lolenga Mock is determined to finish a 28-year professional career by claiming the IBA Inter-Continental super-middleweight crown in Aarhus on May 18.

The 46-year-old was controversially denied a WBC world title shot by a majority decision last year and now looks to bow out with revenge for January’s narrow points loss to Mateo Damian Veron.

Mock said: “This is my jubilee fight – my 60th as a professional boxer and I want to make my fans happy on this special day for my career.

“For the first time in 28 years as a professional fighter, I’m going to be fighting for a version of the world title and that is very special to me.

“I’m very motivated for this fight. When I met Veron in January, my preparation for the fight fell apart completely but if I say ‘yes’ to something, I show up so I didn’t cancel.

“That night, my fans didn’t get to see the true Lolenga Mock in the fight and that’s why securing this rematch for my jubilee fight was so important to me.

Mock, who started his professional career way back in 1991, famously knocked down future unified and multi-weight world champion David Haye in 2003.

Lartey: Daniel Dubois is NOT the next Anthony Joshua »