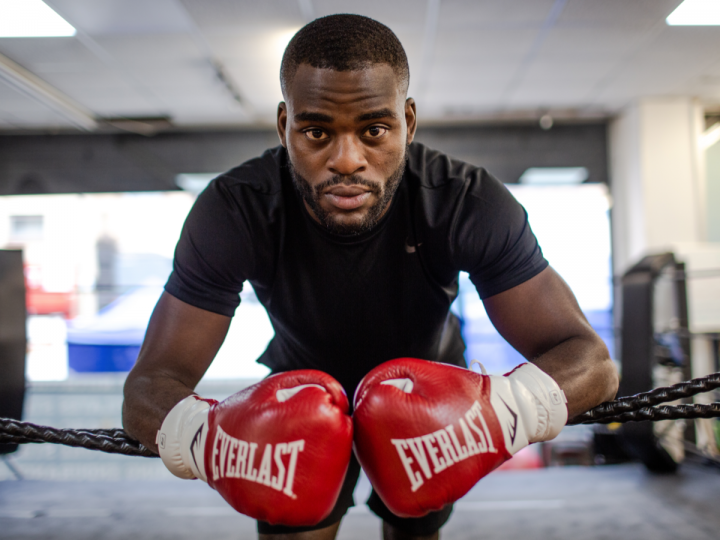 Everlast Worldwide, the world’s leading manufacturer, marketer and licensor of boxing, MMA and fitness equipment, is delighted to announce that it has signed an exclusive equipment agreement with the undefeated British boxing sensation Joshua Buatsi.

The agreement will see the newly crowned British Light-Heavyweight Champion become a global brand ambassador as he continues on his quest to become a World Champion and beyond with Everlast in his corner.

Under the agreement, Buatsi will compete using Everlast gloves and train exclusively with Everlast equipment. In addition, Buatsi will spearhead Everlast’s advancement in the UK market through content generation and direct to consumer and retail marketing initiatives.

Buatsi partners with Everlast at an important stage of his career with his first major title under his belt as he continues his progression towards further championship honours and serves as an inspiration to the next generation of aspiring athletes.

In February, Buatsi featured in the world’s biggest selling fashion magazine Elle when he was selected by British rap star Stormzy as one of the young black Britons who inspire him, alongside supermodel Jourdon Dunn, actor Damson Idris, activist Temi Mwale and sprinter Dina Asher-Smith.

Chris Zoller, Vice President of Marketing and Product Development for Everlast, said, “We’re delighted to be welcoming Josh to the team. He’s undoubtedly one of the brightest talents in world boxing and a fantastic ambassador outside the ring. He embodies the values of Everlast and we’re proud to be in his corner”.

Buatsi, 26, from Croydon, London, won Bronze for Team GB in Rio at the 2016 Olympics and turned professional the following year. He has built an unblemished record of 10 wins and 8 knockouts, capturing his first title in just his seventh fight to win the WBA International belt.

In his last fight against Liam Conroy in March, Buatsi underlined his undoubted potential as a future World Champion when he stopped Conroy inside three pulsating rounds to win the prestigious British title. Buatsi received high praise from the highest sections of the boxing media following the victory and has been heralded as the best fighter at 175 pounds since the legendary John Conteh – arguably Britain’s finest ever at the weight.

Buatsi is thrilled to be joining the #TeamEverlast elite roster of global boxing talent that includes Carl Frampton and Lee Selby in the UK as well as Deontay Wilder, Errol Spence and Daniel Jacobs in the US. He said “I’m buzzing to be joining the team. Everlast’s gear is the best in the business and their heritage speaks for itself. The partnership feels like the perfect match and I can’t wait for what’s to come”.

Luke Smith, Everlast’s Brand & Sports Marketing Manager for UK & Europe, is excited to welcome Buatsi to Everlast. He said, “Josh is a truly unique talent, as well as being a great representative of the sport. We’re already discussing some really exciting projects and we can’t wait to work more closely together over the coming years”.

For the latest on Joshua Buatsi and your favourite #TeamEverlast fighters, go to www.everlast.com