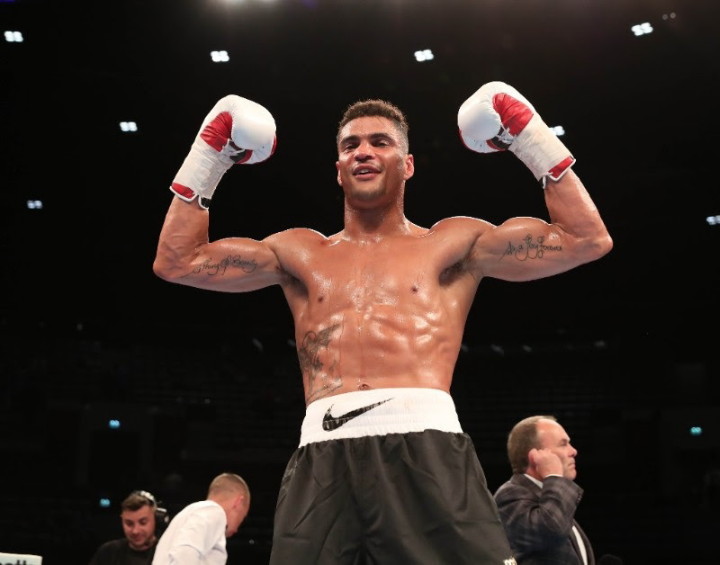 LONDON 29th APRIL: Anthony Ogogo has questioned whether those in charge of Brexit really care about the country stating, “In 4-6 years’ time when they’re done and retiring it’s going to be our mess to pick up and I think maybe I should get involved now because in 25 years, I could be Prime Minister.”

Anthony goes into detail about his forced retirement in episode four of the new ‘Refuse To Snooze’ podcast, describing how an injury forced him to re-evaluate his career. Ogogo admitted he’d like to get into politics to sort out the chaos left behind by Brexit, which he describes as a mess that’s not just going to affect us “but our children and our children’s children too”.

In addition to politics, the Olympic medallist suggested his next venture might be professional wrestling, as he believes he has one more athletic feat in him, as “I’m still a young man, I’m still very hungry and I’ve got a lot of determination left in me”.

Ogogo is the latest guest on ‘Refuse To Snooze with Andi Peters’, the 9-minute podcast created by sleep wellness brand eve sleep. In episode four, Andi and Anthony chat through his early retirement, future goals and his experiences at the London 2012 Olympics, which saw the athlete spending his time between the Olympic Park and visiting his mother in hospital.

Anthony, who finished his London 2012 Olympic campaign with a bronze medal explained; “I’d been through a tough time even ahead of the Olympics suffering two shoulder dislocations and my mum had a brain aneurysm just before the games, so she was in a coma for the whole Olympics”. He didn’t think he’d see his mum alive again and would sneak out every night to sit with her at Addenbrookes Hospital before returning to the Olympic village at 6.30am, leaving him emotionally drained and physically exhausted ahead of the biggest fights of his life.

The Refuse to Snooze podcast is a five-part series, each consisting of 9-minutes of fast-paced discussion designed to replace the snooze button, which experts identified as being harmful to the UK’s physical and mental health. Instead of falling into sleep inertia, listeners are encouraged to wake up with Peters and guests discussing everything from careers and motivation to relationships and parenting.

The creation of the Refuse To Snooze podcast series marks eve sleep’s latest push to urge Brits across the nation to stop hitting the snooze button. Following an open letter to Apple and a report published by neuroscience and psychology experts, eve wants to educate the nation on the negative effect the snooze button is having on the physical and mental health of over 80% of Brits who regularly choose to put off the day.

So far, the podcast has featured TV presenter and philanthropist, Katie Piper, ex-England rugby captain, Chris Robshaw and model, Jodie Kidd. The final episode in the series will be released at 6.30am on Monday 6th May with Andi joined by TV presenter Anna Richardson.

Refuse to Snooze is available to download via iTunes, Spotify, Stitcher and TuneIn.

Hearn says Joshua’s next opponent could be revealed Tuesday »