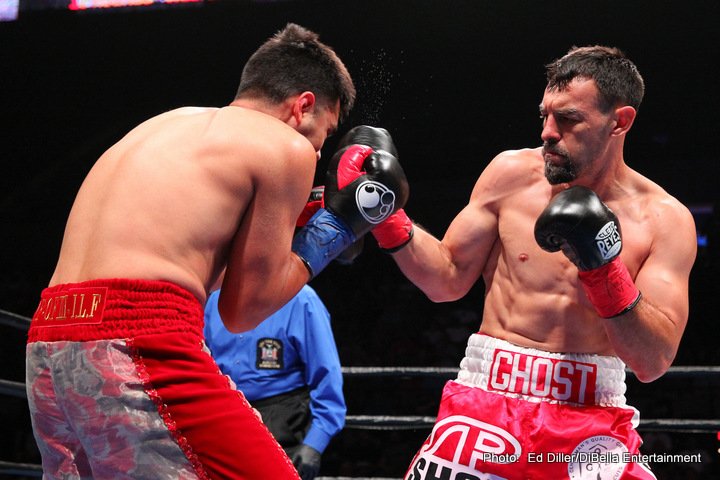 Tickets for the live event, which is promoted by TGB Promotions, are on sale now. Tickets can be purchased at AXS.com.

The 35-year-old Guerrero (34-6-1, 19 KOs) has a rich career filled with intriguing matches against some of the best boxers of this generation – Floyd Mayweather, Jr., Keith Thurman, Danny Garcia – and has won titles at featherweight, super featherweight, lightweight and welterweight. Fighting out of Gilroy, California, he will be taking on Herrera (24-16-1, 18 KOs) following a knockout victory over Adam Mates in December.

Cuellar (28-3, 21 KOs), who is from Buenos Aires, Argentina, won an interim featherweight title by defeating Claudio Marrero in 2013 that was eventually made the regular title as he made five successful defenses. He dropped the title the next year with a split decision loss to Abner Mares and followed that up with a TKO loss in a junior lightweight championship match against Gervonta Davis last April. The 33-year-old Cuellar is seeking to get back into the world title picture but first will have to get past Padilla (16-9-1, 10 KOs).

« Daniel Dubois vs. Nathan Gorman to happen in 2019 says Warren

Rungvisai vs. Estrada II and Roman vs. Doheny on April 26 LIVE on DAZN »