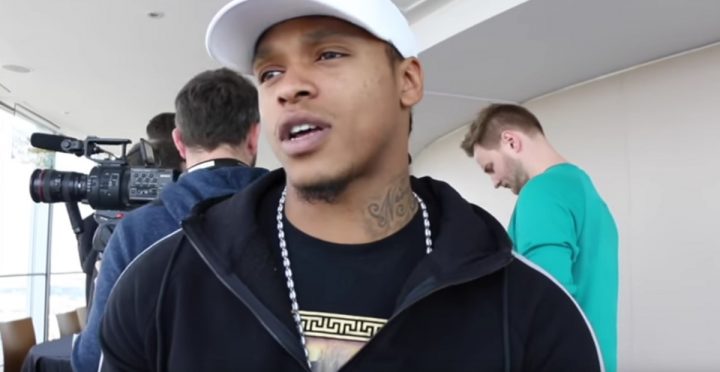 By Tim Royner: Sergey Kovalev’s manager Egis Klimas is hoping that a deal can be made for Sergey’s title defense for his WBO light heavyweight title against mandatory challenger Anthony Yarde this week, but if not, then says it’ll go to a purse bid, according to Boxingtalk. Klimas says the offer to stage the fight in the UK was “disrespectful.” Klimas gave them the same offer to have the fight take place in Russia, but he failed to elaborate what the response was to that.

Don’t be surprised if the Kovalev-Yarde fight doesn’t get made. There’s a lot of boxing fans out there that believe that inexperienced Yarde (18-0, 17 KOs) and his management don’t want the fight with the hard-hitting WBO light heavyweight champion Kovalev (33-3-1, 28 KOs). It would certainly made Yarde look bad if he backs out of the fight, but he’ll look even worse if he takes the fight with Kovalev and gets knocked out in the first couple of rounds, which is what a lot of people think will happen.

“I believe this week, if a deal isn’t made, we’ll be going to a purse bid… The [UK] offer they gave was disrespectful and unacceptable. We offered them the same to do the fight in Russia, what do you think they said?” Klimas said to Boxingtalk.com.

Having the fight staged in the UK won’t likely help Yarde, as this is a match that will almost surely end in a knockout. The judges won’t have a say so in this fight. Unless the referee gets in between Kovalev and Yarde all night long to keep the fight being played out to it’s logical conclusion, this match isn’t expected to go the full 12 rounds.

Yarde has excellent punching power and size, but he doesn’t have the experience as a pro to be taking on a talented fighter like the 35-year-old Kovalev. The match-making that’s been done for Yarde since he turned pro in 2015 leaves a lot to be desired. Yarde is still being matched against the kind of woeful opposition that one would see a fighter just starting his pro career against. Going from fighting 38-year-old Travis Reeves to face Kovalev is just way too big of a jump for Yarde to have much of any chance of winning the fight against a seasoned vet like Kovalev, who has a lot from his game in the last three years. It doesn’t matter. Kovalev is still too good for a greenhorn like Yarde in this writer’s view.

To get the title shot against Kovalev, Yarde has beaten these fighters in his last 10 fights: Travis Reeves, Walter Gabriel Sequeira, Dariusz Sek, Tony Averlant, Nikola Sjekloca, Norbert Nemesapati, Richard Baranyi, Chris Hobbs, Darren Snow and Ferenc Albert. Missing from that list are the talented light heavyweights like Badou Jack, Callum Johnson, Marcus Browne, Sullivan Barrera, Radivoje Kalajdzic, and Isaac Chilemba. Could Yarde beat some of those fighters? Possibly. Could Yarde beat him of them? Unlikely. There’s an argument that you can make that Yarde would lose to all of those contenders.

Golovkin to decide next opponent this week says Sanchez »