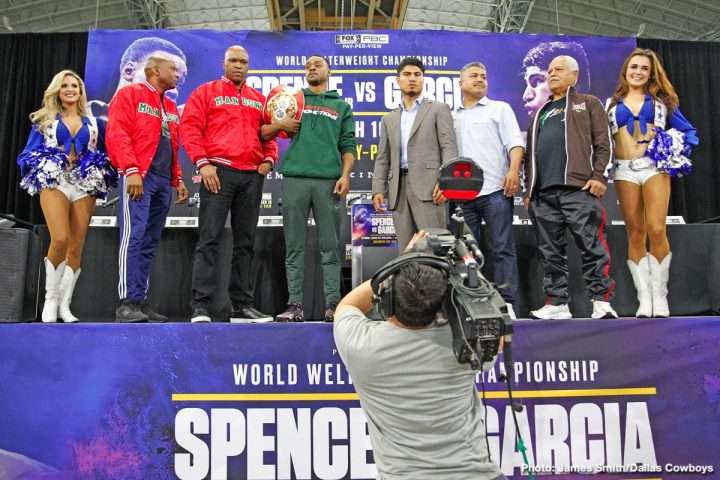 When FOX Sports presents its first-ever Pay-Per-View for the Premier Boxing Champions title fight Saturday night, including delivering a full on-site studio show, the production power will be in a weight class all its own.

“We have a history of super-sizing ‘firsts’ at FOX Sports, and our initial Pay-Per-View effort with the PBC will live up to that reputation … and then some,” said Michael Davies, FOX Sports SVP, Field and Technical Operations. “With a fight of this magnitude, in a venue of this scale and status, we will be holding nothing back.

“Our FOX Sports team has a lot of experience coming to this amazing facility, covering Cowboys football,” Davies added. “We are excited to deliver the big-event feel this audience expects.”

In order to capture the magnitude of an enormous prizefight, ensuring 24’ x 24’ ring doesn’t get lost in the massive stadium, FOX Sports and the PBC are constructing a major lighting package to be used for the show and for the main-event walkouts.

FOX SPORTS TALE OF THE TAPE

Canelo Alvarez: Is there anyone that can beat him?799 Total Shares