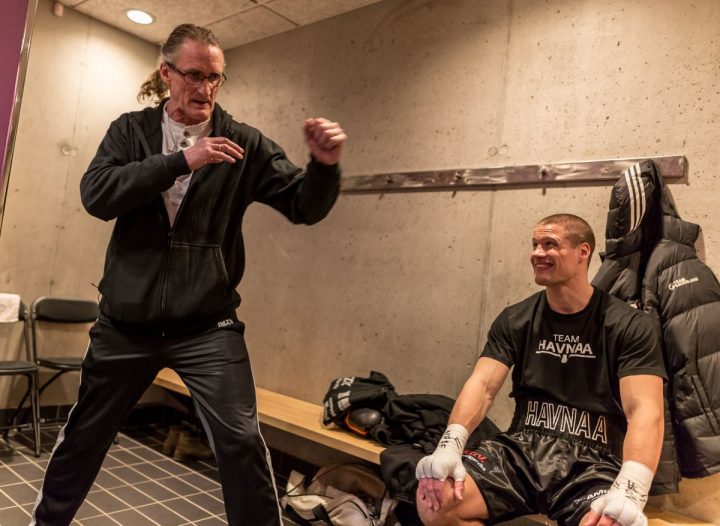 Kai Robin Havnaa (13-0, 11 KOs) has the chance to write his name into the history books with the IBO International Cruiserweight title now confirmed for his clash with Rad ‘Thunder’ Rashid (16-4, 13 KOs) on March 2 in Arendal.

Havnaa’s historic title fight will be the first time in over 40 years that a male boxer has fought for an international title on Norwegian soil following Harald Skog’s unsuccessful attempt at Victor Galindez’s WBA World Light Heavyweight title at the Ekeberg Hall in Oslo on March 28, 1976.

The IBO belt will give added significance to an already huge night for the Norwegian star as he looks establish himself on the World stage and move a step closer to achieving his ultimate aim of becoming World Champion.

“This is a massive opportunity for me,” said Havnaa. “I would like to thank my promoter Nisse Sauerland for making this possible. I’ve never been so excited about a fight in my life. This makes everything bigger. To have the national anthems and everything else that comes with a title fight, it’s amazing!

“This is going to be a huge milestone in my career. When I started boxing, it was a dream, and now, after many years of hard work, I’m finally here, ready to fight for a title with one of the big boxing organisations, and to do it in front of my home crowd, makes it even more special!

“My motivation for this fight has always been high because I have such a tough opponent, but now there’s a title on the line, it makes it even more important. I need to make sure I’ve trained right and I’m in my best possible shape.

“It would mean everything for me to win and to raise the belt over my head in front of my supporters. I really mean it went I say that everyone who’s there supporting me will have a piece of this belt because without them none of this would be possible. Without them, we wouldn’t be having a big Team Sauerland show in Arendal and I wouldn’t have this chance to fight for my first title.”

Promoter Nisse Sauerland says he is delighted to be bringing this historic fight to Arendal, and believes it could be ‘the start of something special’ for Havnaa.

“This is a fantastic opportunity for Kai,” said Sauerland. “To get the chance to fight for his first major title in front of his home fans is something special. It is sure to bring more excitement to the SØR Amfi. I hope everyone in Arendal gets behind their hometown hero and cheers him to victory on March 2.

“Winning this belt will open a lot of doors for Kai. He can’t take it for granted as Rashid is a dangerous opponent with his own title aspirations, but if he wins, this could be the start of something special for Kai, and for Norwegian boxing.”

Katharina Thanderz provides chief support with a super featherweight contest against Rachel Ball, Hadi Srour is back in the professional ring to meet Zoltan Szabo, and Kristiansand’s Jamshid Nazari takes on Ivica Gogosevic.

Kai Robin Havnaa (13-0, 11 KOs) has signed a contract extension with Team Sauerland as the rising Norwegian star prepares for his toughest career test against Rad ‘Thunder’ Rashid on March 2 at the SØR Amfi in Arendal.

“I’m very pleased to be signing a new contract with Team Sauerland,” said Havnaa. “I believe you shouldn’t change a winning team. We’ve had successful relationship for the last four years, and I’m looking forward to continuing our work together as we enter an exciting new chapter in my career.”

Havnaa is the son of Norway’s only male World Champion, Magne Havnaa, and has made no secret of his desire to follow in his father’s footsteps. With Team Sauerland, the 30 year-old believes he has the right promoter to take him to top, and is excited to continue this journey in his hometown on March 2.

“Team Sauerland have the experience and power to take me to the top,” he adds. “They have made many champions from the start of their careers, and that says it all. By signing this contract extension, I hope to achieve great things for many years to come, starting with another great show in my hometown.”

“We’re delighted to extend our promotional contract with Kai Robin Havnaa,” said promoter Nisse Sauerland. “We have worked with Kai from his first professional fight, and look forward to continuing our long and successful relationship. Kai has the potential to go all the way. Our aim is to make him Norway’s next World Champion. The hard work continues on March 2 as he takes his next steps towards a title against his toughest opponent to date!”

Erling Havnaa will take charge of Kai Robin Havnaa’s corner for his upcoming cruiserweight clash with Rad Rashid on March 2 in Arendal, after head coach Joey Gamache was injured in an unprovoked attack and left unable to travel.

Havnaa faces his toughest career test as returns to the SØR Amfi to headline his hometown arena, but for the first time in his career, he must enter the ring without his coach Gamache, who is currently recovering in New York.

Havnaa’s uncle Erling, who has previously worked as an assistant to Gamache, will now assume responsibility as head coach, and can draw on past experience having witnessed his brother Magne Havnaa, Norway’s only male World Champion, claim the WBO World Cruiserweight title.

“Now that Joey is unable to travel to Norway and be in Kai’s corner for this fight, I have no problem taking over this job and responsibility,” says Erling.

“With that said, to be clear, I want Joey to be Kai’s head trainer in future, and I am happy to continue my role as assistant when Kai needs me. I think Joey is one of the best trainers in the world and the best trainer out there for Kai.

“We will continue to follow Joey’s system. I don’t plan on changing too much. There will be a lot of sparring in the coming weeks, and Kai has already been doing all his running right, so he will be reaching peak shape soon. I just have to keep an eye on him to make sure he’s not overtraining.”

Erling was a constant figure in his brother Magne Havnaa’s corner and was there to see him write his name in the history books by stopping undefeated American Boone Pultz in a rematch for the WBO World title on May 17, 1990.

“For Magne’s fights, my role was to be a brother he could trust,” says Erling. “I didn’t have the same experience that I have now. He had his own trainer and a professional team around him. I helped him with some light sparring, and I was someone he could talk to and discuss different career options with.

“But all that experience is very helpful for me now. I have been in the fight game since the 80s, and having been so close to my brother during his successful professional career, there’s not much I haven’t seen before.”

While Erling admits there are similarities between his nephew and brother, he is also quick to point out their differences, but says he believes Kai has the ability to follow in his father’s footsteps and become Norway’s next World Champion.

“I see many similarities, of course, but they’re also different in many ways too. We cannot try to make Kai my brother; rather we must be honest and treat Kai as his own individual. Magne had a long amateur career, which is something Kai did not, but Kai has many strengths that are even better than my brother’s.

“It’s extremely difficult to follow in Magne’s footsteps,” he adds. “There has only been one man from Norway to have made it as World Champion, and that’s my brother, but it’s not impossible for Kai. If the motivation is there and he remains injury free, he can make it. We have a plan to get Kai to the top!”

Rad ‘Thunder’ Rashid will be looking to derail Havnaa’s promising career, but Erling is confident his nephew has what it takes to overcome the German’s challenge and continue his climb to the peak of the cruiserweight division.

“I see a guy that looks strong,” says Erling. “Rashid is an experienced opponent with twenty professional fights, but I believe Kai can beat him. Kai is hungrier, and I know he will do anything to win, but this is professional boxing and when two heavy guys at a good level get in the ring, anything can happen.

“People are excited for this one. Everyone in Arendal was very happy with the last event. I know they appreciate an athlete like Kai, who is working hard and putting everything on the line in the ring. I’m expecting another great fight!”

Rad Rashid (16-4, 13 KOs) is confident of upsetting local hero Kai Robin Havnaa (13-0, 11 KOs) when he travels the SØR Amfi in Arendal to face the undefeated Norwegian for the IBO International Cruiserweight title on March 2.

Having also campaigned at heavyweight, Rashid returns to his preferred weight class to face Havnaa at the cruiserweight limit, and the Frankfurt-boxer believes his strength and power will prove the difference in what promises to be an explosive contest, with both men boasting impressive knockout statistics.

Rashid, known as ‘Thunder’ due his concussive punching power, has ended 13 of his 16 wins inside the distance, while the heavy-handed Havnaa has finished 11 of his 13 opponents before the final bell, including the show reel stoppage of Frank Bluemle at the Baden-Arena in Offenburg, and the sensational second-round stoppage of Daniel Vencl last time out at the SØR Amfi.

“I can’t wait for this fight. I’m looking forward to coming to Norway to face Kai Robin Havnaa in his home country,” said Rashid, the former WBO European Heavyweight title challenger. “He is a good boxer. He is tall and I can see he is in good shape, but I’m focusing on myself. I don’t think about him too much.

“I think my strength will be the difference in this fight. I am fighting like thunder when I step into the ring. At this level, everybody has the power to stop their opponents, and I know I have the power to stop Havnaa.

“I’m coming to win. It doesn’t matter to me how or when I win. The only important thing is that I win. I have been training hard for this fight. I won’t reveal what I’ve been doing, that‘s a secret, but I’ll be coming in great shape.”

Katharina Thanderz provides chief support with a super featherweight contest against Rachel Ball, Hadi Srour is back in the professional ring to meet Zoltan Szabo, and Kristiansand’s Jamshid Nazari takes on Ivica Gogosevic.