DeGale vs. Eubank Jr: Both fighters boiling over 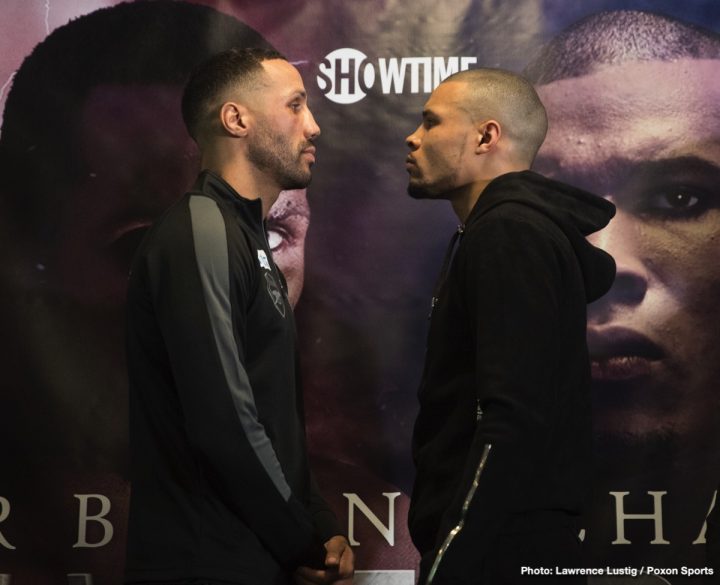 James DeGale MBE and Chris Eubank Jr. squared off face-to-face today ahead of their highly-anticipated fight this Saturday night (23rd February) at The O2, promoted by Premier Boxing Champions (PBC) and Poxon Sports, exclusively live in the U.K on ITV Box Office in the U.S on Showtime.

There is no love lost between the two fierce rivals who are raring to settle their long running feud and put everything on the line in their potential Super-Middleweight classic.

With fans now counting down the hours to fight night in anticipation, DeGale and Eubank Jr. engaged in a fierce war of words in front of the media and camera flashes today as each fighter sought to gain the crucial mental edge before stepping between the ropes for their big fight Saturday.

Two-Time IBF World Champion DeGale has branded the clash a ‘retirement’ fight and he didn’t mince his words when he looked Eubank Jr. in the eye to warn, “I vacated my title for fights like this. Chris Eubank Jr. has been calling my name for a long time and finally I get a chance to punch him in the face. I have no respect for him. None. This guy is a deluded idiot. And on Saturday night I can’t wait to deal with him. I’m going to come and give it to him properly. He can’t box. We’ve all heard this before. His retirement fight is here. It’s his last fight, I promise you that!”

DeGale emphasised why he sees himself as a class above his foe. He said, “Eubank Jr. is a tough fighter, he’s strong. He has a lot of good attributes, but I’m too good for him. To mix it up and go to the very top you need more than strength and toughness. Every time he’s stepped up, he’s lost. I’m in the best shape I’ve been for a long, long time, physically and mentally. When I feel like I feel, no one can beat me!”

Eubank Jr. however, seemed unphased, responding with barbed words of his own, he said, “This guy is a bum. He talks a good game. He’s going to have a good go, but at the end of the day I’m going to be too much for him. There’s nothing he can do in that ring that I can’t handle. I’m going to box his head off. What matters is that James’ career is over in a few days. I sent him a message after he lost to [George] Groves saying he needs to keep up because we are going to fight one day. And now that we’re finally here I look into his eyes and I don’t see a confident guy.”

For this fight, and for the first time in his career, Eubank Jr. has employed a full-time trainer, Nate Vasquez from the Mayweather Boxing Club, to prepare himself for battle. He confidently proclaimed that the decision will give him the edge he needs on Saturday night. He said, “I’ve got a full-time trainer now. For the first time in my career, I have a trainer day in and day out focusing on strategy to prepare me for what James is – a slick southpaw. That’s why I’m so confident. If he wants to run, we have the gameplan. If he wants to stand and swing, we have the gameplan. We have a plan for everything.”

Eubank Jr. added, “This is my biggest fight. I have to win. If I win, I’m back on the world stage. Beating James DeGale sets me up for a world title which is the whole reason I started in this game.”

In retort, DeGale snapped, “I’m in the best shape I’ve been for a long, long time, physically and mentally. When I feel like I feel no one can beat me. I’m proven. I’ve been there, done that. I’ve won everything. He’s done nothing and I’m going to retire him.”

Chris Eubank Sr. sat by his son’s side and was both honest and philosophical when asked to predict the outcome of the fight. He said, “You never underestimate your opponent based on past performances. Anyone who thinks this guy is on a slide because of past performances is making a mistake. From a physical aspect, my son Junior has the upper hand. From a spiritual aspect and pedigree aspect, James has the upper hand, and that’s why this is a 50/50 fight. I do know Chris has learned and let’s see what is produced. It can be a brilliant fight.”

Jim McDonnell, DeGale’s Trainer, appeared more confident when evaluating his fighter’s chances of success on Saturday. He said, “There are levels to boxing. Chris was a good prospect coming through but he’s not on the same level as James. He’ll find out what it takes to be a World Champion. James DeGale is levels above Chris Jr. I know James is not losing. James DeGale is probably the best British fighter I’ve seen in my country.”

Team DeGale member Paulie Malignaggi, the former WBA and IBF World Welterweight Champion, added, “I like our chances. I know the guy that I have been in camp with. The things I’ve seen, I like. You can’t underestimate a guy like Eubank. He always comes to win. But regardless of the gameplan, there is a certain mentality and my guy has it. He’s a Gold Medalist and he knows what to bring mentally on Saturday.”

Promoter Richard Poxon of Poxon Sports for Premier Boxing Champions concluded, “I am thrilled and very proud to be a part of this event. It’s going to be a great fight at a great venue. It’s a fight everyone wants to see, a massive domestic match-up supported by a superb undercard. The fans can’t wait and it’s a sell-out. It’s tremendous to be working in partnership with ITV Box Office to air this fight in the U.K, and I can only advise people to book early to watch the fight live on TV as it’s going to be extremely busy. It is so exciting to welcome Showtime to the U.K as our U.S broadcast partner. Showtime has an incredible history and reputation in Championship Boxing and by their coming here it shows the allure surrounding this all British clash between James Degale and Eubank Jr.” 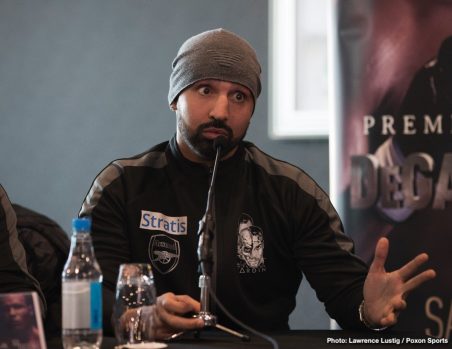 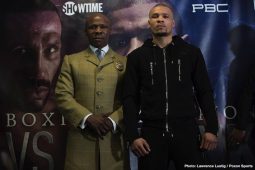 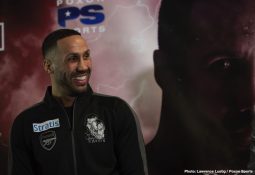 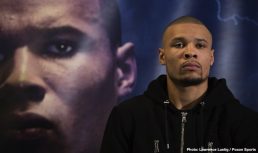 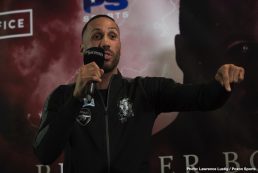 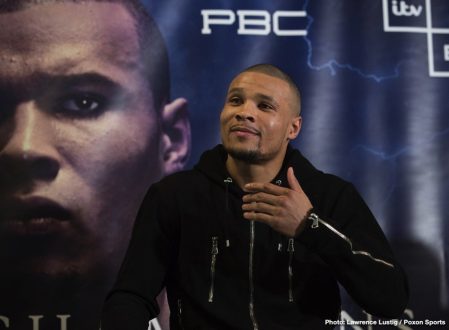 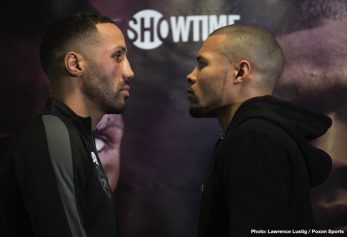 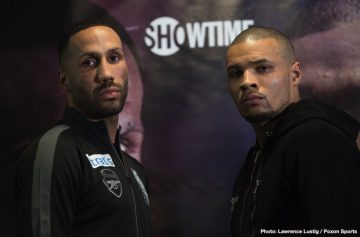 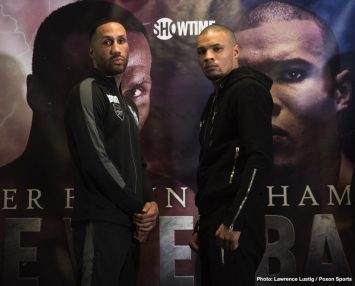 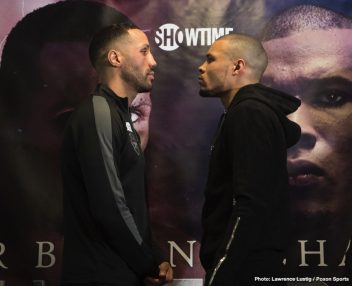