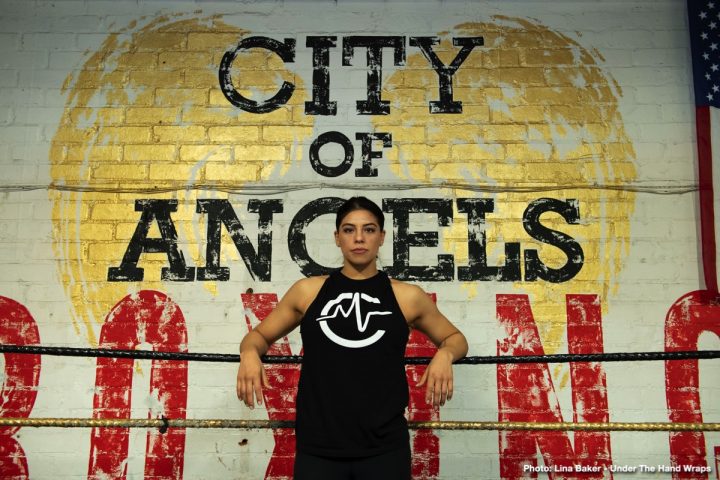 Joining the Los Angeles based Cornejo at the media workout was Tom Loeffler, President of 360 Promotions. The event was held in conjunction with the highly anticipated theatrical release of the movie MISS BALA, starring Gina Rodriguez, opening on February 1, 2019.

Remaining tickets for The VIP Boxing Experience priced at $100/$85 for Reserved Floor Seats, $80 for Floor Level General Admission and $60 for Balcony General Admission can be purchased online at www.360Promotions.us and through the interactive seating chart by clicking HERE. Doors will open at 3:00 p.m. with the first bell at 4:15 p.m. PST.

The fights will also be streamed live internationally, FREE of Charge, at the 360 Promotions’ website and through their social media platforms. Commentating on the fights will be former featherweight world champion Kevin Kelley and Ring Magazine’s Editor-in-Chief Doug Fischer along with Cynthia Conte.

Tom Loeffler was recognized by ESPN in 2017 as being involved in the promotion of the three biggest events of the year including the Anthony Joshua/Wladimir Klitschko World Heavyweight Championship at Wembley Stadium in London, the Gennady Golovkin/Daniel Jacobs World Middleweight Championship at Madison Square Garden and the massive Canelo Alvarez –Gennady Golovkin event at the T-Mobile Arena in Las Vegas. These three events totaled over 130,000 tickets sold in addition to their extraordinary numbers in pay-per-view sales and network viewership worldwide.

Munguia being groomed for Canelo fight »