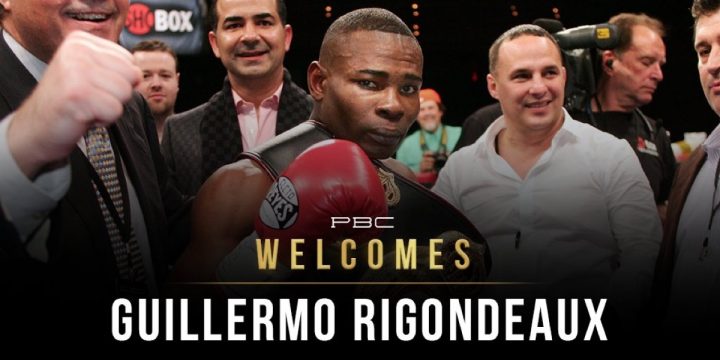 Former world champion and pound-for-pound contender Guillermo Rigondeaux will return to action against Mexico’s Giovanni Delgado in an eight-round match on Premier Boxing Champions Prelims live on FS1 and FOX Deportes on Sunday, January 13 from the Microsoft Theatre at L.A. Live in Los Angeles.

Rigondeaux (17-1, 11 KOs) will step into the ring against Mexico’s Giovanni Delgado (16-8, 9 KOs) for a super bantamweight attraction as he seeks to show off the masterful technical skills that made him a unified world champion and perennial member of the pound-for-pound list. A two-time Olympic gold medalist for his native Cuba, Rigondeaux made his name with victories over the likes of Nonito Donaire, Rico Ramos and Joseph Agbeko. He will look to rebound from his defeat to Vasiliy Lomachenko last December when he competes on January 13 against the 27-year-old Delgado (16-8, 9 KOs).

A rising prospect from Nuevo Leon, Mexico, Lindolfo Delgado picked up five knockout wins in 2018, after turning pro in 2017 following the 2016 Olympics. The 23-year-old will fight in the U.S. for the second time when he makes his 2019 debut on January 13.

Born in Cairo, Egypt and now living and training in Miami, Elbiali bounced back from a loss to former champion Jean Pascal with a third-round knockout of Zoltan Sera in June. The 28-year-old scored knockouts in 13 of his first 16 pro bouts and will take on Tulsa, Oklahoma’s Green, who most recently defeated Edgar Perez this year.