Gervonta Davis vs. Hugo Ruiz – Date, Venue & How To Watch 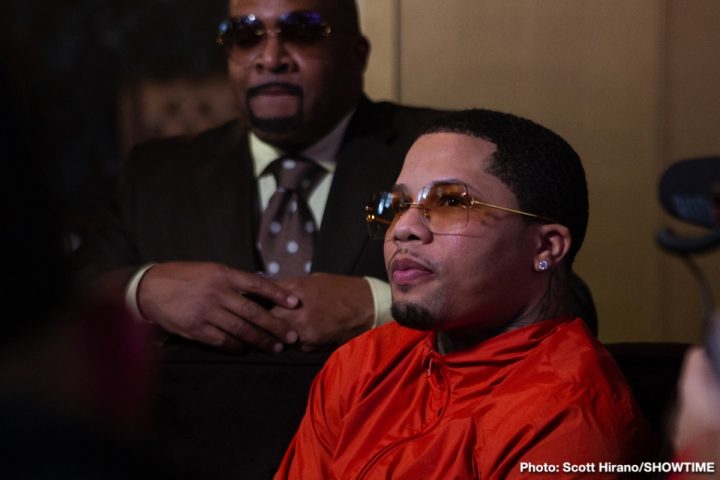 Three-division, four-time champion Abner Mares has been forced to pull out of the WBA Super Featherweight title match against two-time super featherweight champion Gervonta Davis on Saturday, February 9 after suffering an injury while training.

Ruiz is an all-action brawler who previously picked up a world title at super bantamweight in 2015 and most recently defeated Alberto Guevara in January on the Pacquiao vs. Broner PPV event in a featherweight fight. Ruiz, who owns 18 first round knockouts, floored Guevara in the opening minute and cruised to a near-shutout decision victory.

He had originally been slotted for an interim title shot against Jhack Tepora in January before Tepora missed weight, but will now have his chance to fight for a belt against one of the most-feared punchers at 130-pounds on February 9. The 30-year-old from Sinaloa, Mexico stands at five feet, nine inches tall, nearly four inches taller than Davis, and has won three straight fights leading up to this fight.

“I trained for three months to fight a southpaw when I fought in January,” said Ruiz. “When the opponent changed, it was hard to adjust in 24 hours. After the fight I immediately went back to the gym, because you never know what’s going to happen in boxing. I’m 100 percent ready to knockout Gervonta Davis.”

“Hugo Ruiz has another opportunity to fight for a world title because he’s demonstrated that he’s devoted to boxing and his career,” said Sampson Lewkowicz, Ruiz’s Promoter. “He went right back to the gym after his last fight. He’s ready for another great opportunity to be a world champion and he’s going to take advantage of that opportunity.”

Mares injured his right elbow during sparring at the Robert Garcia Boxing Gym in Riverside, Calif. Mares said he had experienced soreness in his elbow following the past two fights, but nothing that had ever given him nor his team concern.

“I’m not going to sugarcoat this. I’m disappointed and devastated that I’ve injured my right elbow in sparring,” Mares said. “This is something that I haven’t had happen to me during my career and the feeling is just horrible. I will be going to see my doctor about this and am prepared to follow whatever recommendations and rehab that gets me back into the ring. I’m healthy, not afraid of doing the work and I will be back. This is a temporary setback. Don’t count me out.”

“Boxing is a sport of brains, passion and physical punishment,” said Mares’ trainer Robert Garcia. “When you’re in the ring sparring with talented, top-class sparring partners, the chances of injuries are very high. That was the situation in this case. He was sparring top young fighters and he injured his elbow. He cannot fight like that, especially in a fight against Davis.”

Mares, who has engaged in numerous memorable fights throughout his storied career, was seeking to move up in weight and looking to capture his fifth world title in a fourth weight class.

The event is promoted by Mayweather Promotions, TGB Promotions and Sampson Boxing.