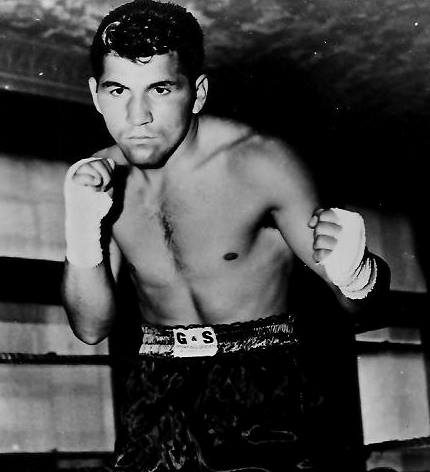 Earlier today, the International Boxing Hall of Fame (IBHOF) announced that Tony DeMarco (58-12-1, 33 KOs) would be inducted with the Class of 2019. Induction weekend will take place June 6-9 of next year at the IBHOF’s headquarters in Canastota, NY.

A resident of Boston’s North End neighborhood, DeMarco, known throughout the boxing world as “The Fleet Street Fury,” defeated New Jersey’s Johnny Saxton in 1955 for the world welterweight championship. At 86, he is the oldest living former world champion.

Over the course of 2018, DeMarco has been a regular at Boston Boxing Promotions events, greeting fans and signing copies of his autobiography, Nardo: Memoirs of a Boxing Champion.

“I have an overwhelming sense of pride hearing the news that I will be enshrined in Canastota at the International Boxing Hall of Fame next June,” stated DeMarco when reached for comment. “I think of my colleagues in the New England boxing scene from the 1950’s like Rocky Marciano and rivals like Carmen Basillio who are already honored there and I look forward to the recognition of being ackowledged amongst them in the Hall of Fame. I thank my family, friends and countless supporters who have rallied to see this moment happen. The saying ‘better late than never’ has never been more appropriate than it is right now. I can’t wait to see everyone on Induction weekend.”

Tickets for Boston Boxing Promotions’ next event, “Friday Night Fights,” scheduled to take place on January 25, 2019 at the Castleton Banquet & Conference Center in Windham, NH are on sale now at www.BoxingNH.com and make a great holiday gift.

Boston Boxing Promotions was founded in 2013 and is dedicated to the resurgence of professional boxingat the regional level, particularly in the New England area. Since that time, it has presented professional boxing events in places like Boston, Cape Cod, New Hampshire and New Bedford. To learn more about the promotion, you can follow them on Twitter @BostonProBoxing, join the promotion’s official Facebook page “Boston Boxing Promotions,” and visit the promotion’s website www.BostonBoxingPromotions.com.