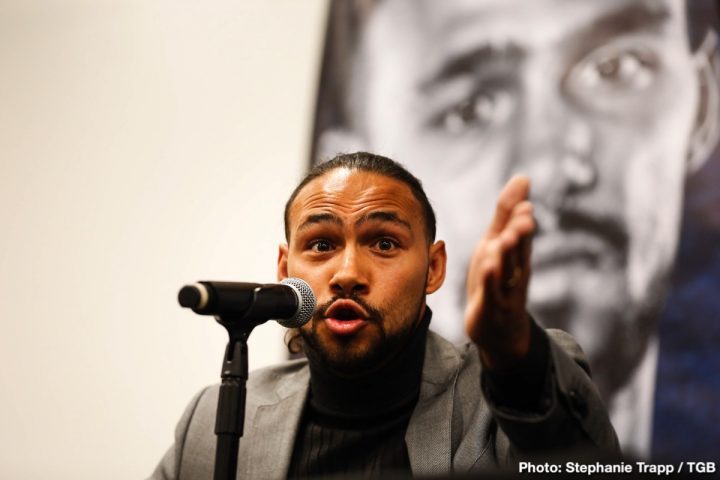 Thurman says it’s also important for Broner, 29, to be in good shape for the fight so that he can be ready to compete with the older 40-year-old Pacquiao. The Filipino star just turned 40 on December 17, and Thurman thinks his age could play a factor in the fight.

Pacquiao will be defending his WBA title against Broner on January 19 on SHOWTIME pay-per-view at the MGM Grand in Las Vegas, Nevada. Former two division world champion Badou ‘The Ripper’ Jack will be fighting Marcus Browne at light heavyweight in the co-feature bout.

“I don’t like that fight,” Thurman said about the Pacquiao vs. Broner fight. “It’s a hard one to predict with Adrien Broner. Who knows what kind of emotional state he’s going to be in? How ready is he going to be? How bad does he want it? I love that fight for Broner, because he’s fighting an older Manny Pacquio,” Thurman said.

It’s not just the readiness that you have to wonder about with Broner with his upcoming contest against the much faster Pacquiao. It’s Broner’s flat-footed, one punch at a time fighting style, which is going to put him at a disadvantage against the speedy Filipino star. Thurman points out that Pacquiao was beaten by Floyd Mayweather Jr., who used a lot of right hands to beat him. However, Mayweather had a lot of hand speed to get the better of Pacquiao, and Broner lacks that kind of speed and timing on his punches. Broner’s track record against top fighters is horrible. Thurman didn’t touch on that unfortunately. In the last five years of Broner’s career, he’s been beaten each time he stepped it up to a fight a good fighter in losses to Mikey Garcia, Shawn Porter and Marcos Maidana. What we can conclude from those defeats is that Broner lacks the talent, size, speed and power to beat the top welterweights. But he also can’t beat the top lightweights either, as we saw in his defeat against Mikey Garcia.

“I’ve always thought Manny Pacquio was a beatable fighter,” Thurman said. “Even if you didn’t beat him, you competed with him, right? I feel like a lot of people have competed with Manny Pacquiao. I think Adrien Broner is going to compete well with Manny Pacquiao. Pacquiao being a southpaw, and Adrien Broner’s #1 asset being his straight right hand, that can play a big role that night. It’s the number one weapon against all southpaws, and that’s his best punch. We know Floyd utilized it. It was one of Floyd’s best punches as well. With Manny Pacquiao being a southpaw, for me it’s up to A-B. He’s the younger fighter. I think he can be in super shape, and conditioning if he’s up for it, and be prepared to do something that he wouldn’t be able to otherwise, which is finally get respect back on his name,” Thurman said.

If Pacquiao looks like he did in his recent 7th round knockout win over Lucas Matthysse on July 15 in Kuala Lumpur, Malaysia, Broner isn’t going to stand a chance of beating him. Pacquiao looked like a brand new fighter on that night against Matthysse. It’s unclear what Pacquiao did to whip himself back into his vintage shape, but he looked like the person he was 10 years ago. Pacquiao’s physique was more muscular than it had been in a long, long time. The power on Pacquiao’s punches looked devastating. Broner won’t be able to take the kind of punishment that Matthysse was and last the entire fight. If Pacquiao shows up in that kind of condition, the best that Broner can hope for is to survive by covering up and going into the sparring partner mode we saw from him in his losses to Mikey Garcia, Maidana and Porter.

“People can say, ‘Manny was old.’ That’s the only thing people will be able to say,”“He’s going to be like, ‘I still beat him, and I still got paid. A-B, about Millions.’ Blah-blah. This is a tremendous opportunity for this man in this fight, and in his career right now. If I was him, I’d step up to the plate and play ball, and try and hit a home run,” Thurman said.

It’s an opportunity for Broner, but it’s also another opportunity for him to fail once again. At this point, Broner is no longer viewed as a world championship level fighter. Thurman is talking about a Broner that existed six years ago when he was fighting in the lower weight classes. Broner hasn’t been the same fighter since he moved up to welterweight in 2013. He’s not cut out for fighting at 140 or 147. Broner was a good fighter when he had the size advantage over his smaller opponents when he was fighting at super featherweight and lightweight.

Thurman (28-0, 22 KOs) will be making a comeback next month on January 26 against #7 WBA Josesito Lope (36-7, 19 KOs) in a tune-up fight on Saturday, January 26 at the Barclays Center in Brooklyn, New York. The fight will be televised on Premier Boxing champions on FOX & FOX Deportes. Thurman plans on taking just one tune-up fight before going after the big names in 2019, specifically Pacquiao or Shawn Porter. Thurman says he won’t fight IBF champion Errol Spence Jr. or WBO champion Terence Crawford until 2020. 2019 will for all intents and purposes be Thurman’s ‘Get back year.’ With his chronic injury problems, he could be back on the shelf nursing a new hurt soon.

This will be the first fight for the injury-prone Thurman in close to two years. To be precise, it’ll be the 30-year-old Thurman’s first fight since his 12 round split decision victory over Danny ‘Swift’ Garcia on March 4, 2017. Thurman will be returning to the ring after 22 months of inactivity. Thurman vacated his World Boxing Council welterweight title on April 24, so that Shawn Porter and Danny Garcia could compete for it. Thurman was on the verge of being stripped of his title by the WBC for his inactivity. The WBA has been far more patient, allowing Thurman to hold onto his title with their organization without stripping him. Thurman dealt with an elbow injury that required surgery after his win over Danny Garcia last March. Thurman was supposed to be back in action six months after the surgery. After Thurman recovered is elbow surgery, he suffered a bone bruise on his left hand while training for his return to action on May 19. 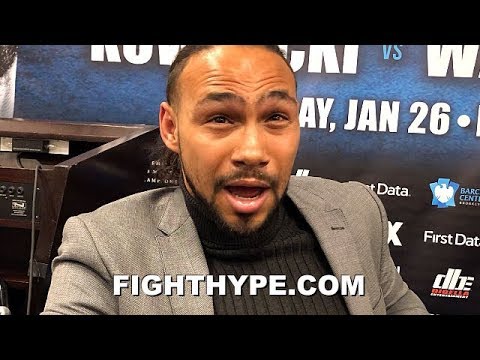 
« Eubank Jr. to fight in February in “Massive fight,” possibly against DeGale