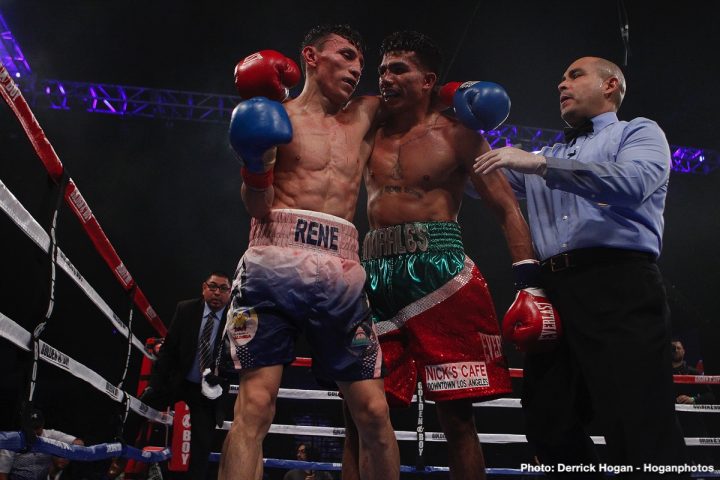 Rene “El Gemelo” Alvarado (30-8, 20 KOs) of Managua, Nicaragua was victorious against Carlos “The Solution” Morales (17-4-3, 6 KOs) of Los Angeles in a 12-round WBA Super Featherweight World Title Eliminator. Alvarado won via unanimous decision with scores of 117-111, 116-112, and 115-113in what was the main event of the Dec. 8 edition of Golden Boy Fight Night at Fantasy Springs Resort Casino in Indio, Calif. The action was be streamed live globally on Facebook Watch via the Golden Boy Fight Night Page.

“I’m going to work harder on getting better and improving my technique,” said Rene Alvarado. “I was able to get these six victories in a row because allow God to direct me, I work hard and I throw a lot of punches. We want the world title. I want [Alberto] Machado.”

“I thought the fight was a lot closer than the scorecards suggested,” said Carlos Morales. “I felt It could have gone either way. Rene [Alvarado] fought a good fight, and I’m happy he will fight for a world title. I hope to be busier in 2019. But only time will tell if I get a world title shot soon.”

“Mendez is a tough warrior, and it was a hard fight,” said Jonathan Navarro. “I’m going to go back to the gym and train harder. I got to this level by doing just that, ever since I was a little kid.”

“I stayed composed and listened to my corner after the knockdown,” said Hector Tanajara. “This is something I worked for my all my life, so I did my best my best to stick to the game plan.”

“My hats off to my opponent. He [Aguilar] fought me as a man. I have so much respect for him,” said Patricio Manuel. “It took so much to get here, I’m not done with this sport. I’ll be back.”

Anthony Reyes (4-0, 3 KOs) of Coachella, Calif. beatDilan Miranda (3-1, 3KOs) of San Diego, Calif. via knockout at 2:16 of the second round in a super bantamweight battle originally scheduled for four rounds.

“I’m happy that I fought on a Golden Boy card again,” said Anthony Reyes. “I’m thankful for the opportunity, so thank you. Rommell Caballero and I are going to take over next year.”

Joet Gonzalez (21-0, 12 KOs) of Glendora, Calif. stopped Javier Gallo (25-17-1, 13 KOs) of Tijuana, Mexico via knockout in the second round of a featherweight fight originally slated for eight rounds. Joet Gonzalez won with a time of 1:17 of the aforementioned round.

“He had me on the ropes, but I just let him work,” said Joet Gonzalez. “I saw all of his punches coming, and I didn’t really feel them. I saw the opening for the left hook, and he froze. I hit him with a body shot and it was over.”

Luis Feliciano (9-0, 6 KOs) of Utuado, Purto Rico won against Dakota Polley (5-2, 2 KOs) of St. Joseph, Missouri via knockout in the seventh round of a super lightweight bout originally scheduled for eight rounds. Feliciano won with a time of 2:08 of the aforementioned round.

“That’s my punch, the body shot,” said Luis Feliciano. “Some can take the shot and others can’t, I expect great things in 2019. I look to step up in what will be a good year for me.”

“I felt great,” said Javier Padilla.”I feel if it had gone six rounds I would’ve stopped him.” 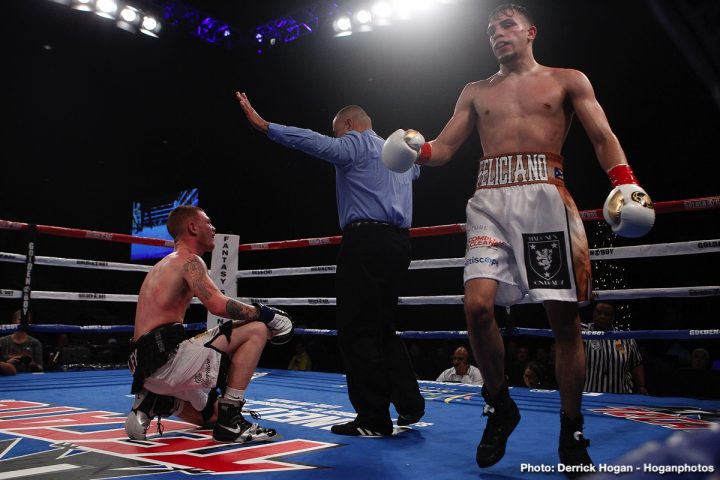 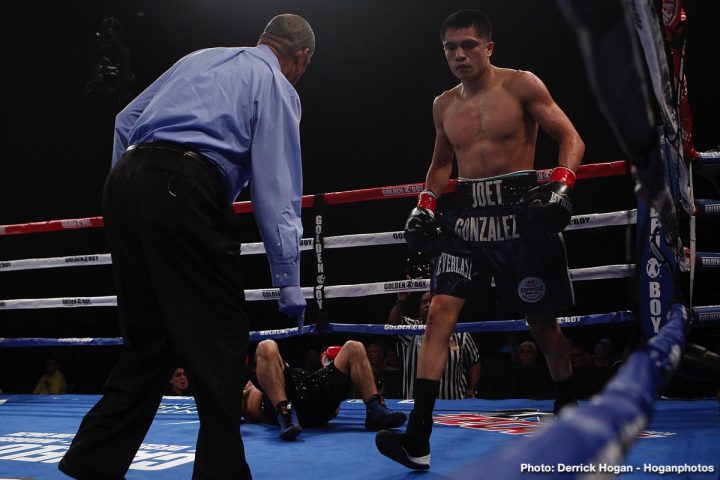 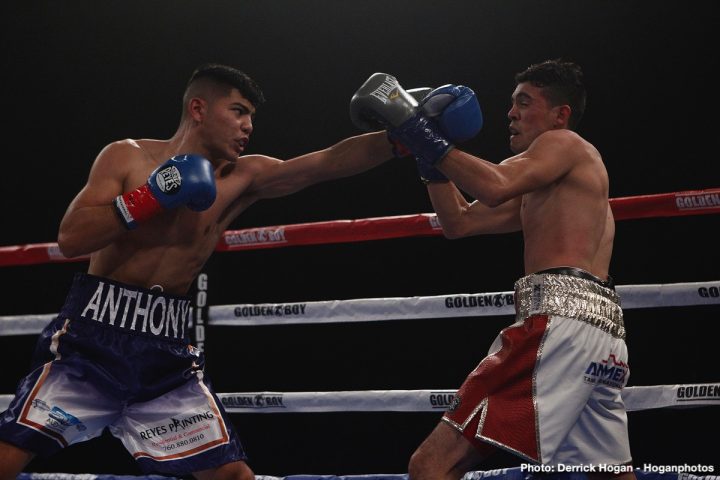 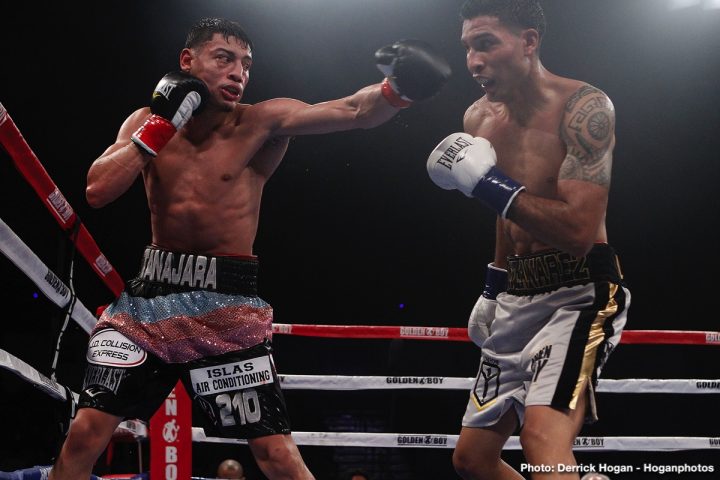 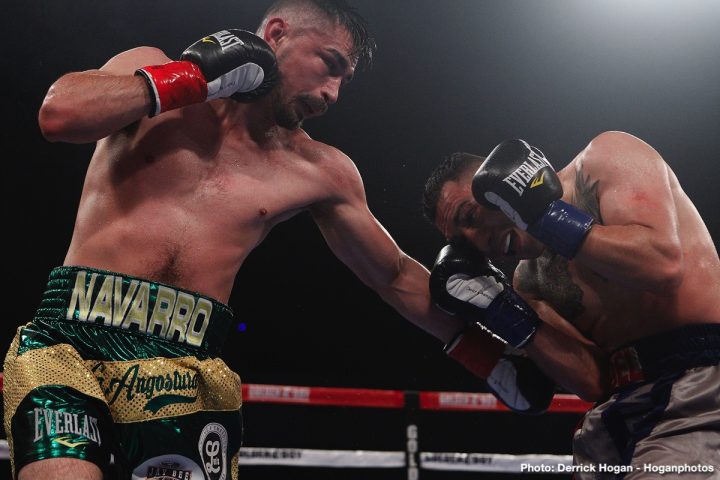 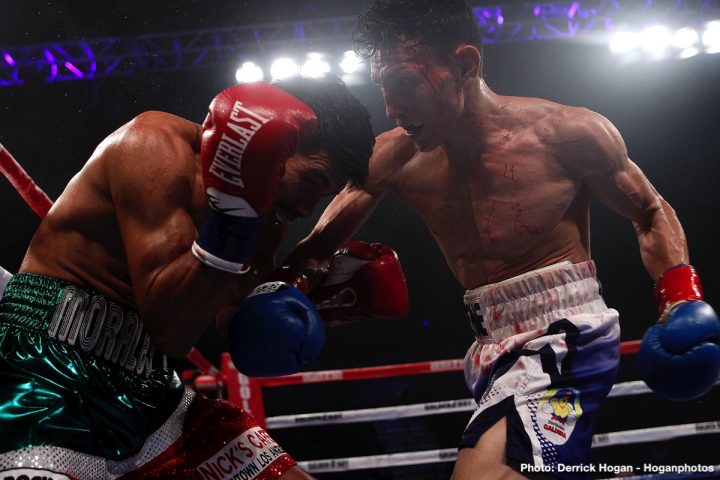 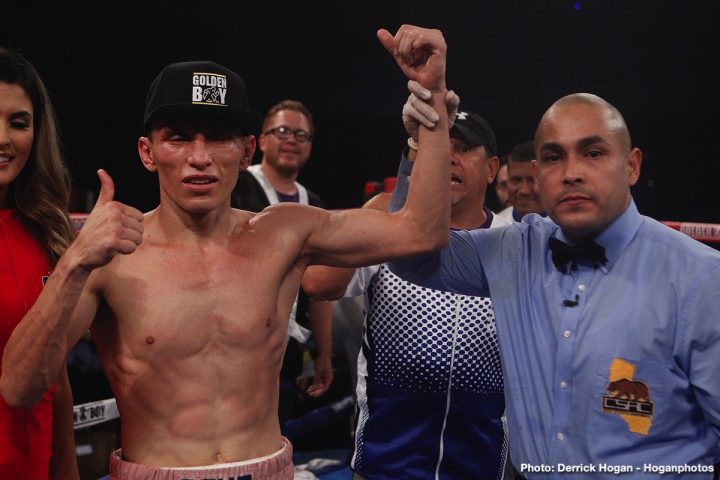 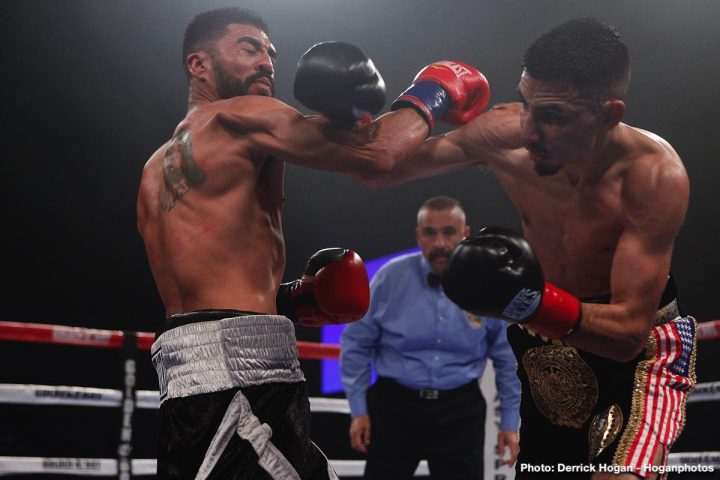 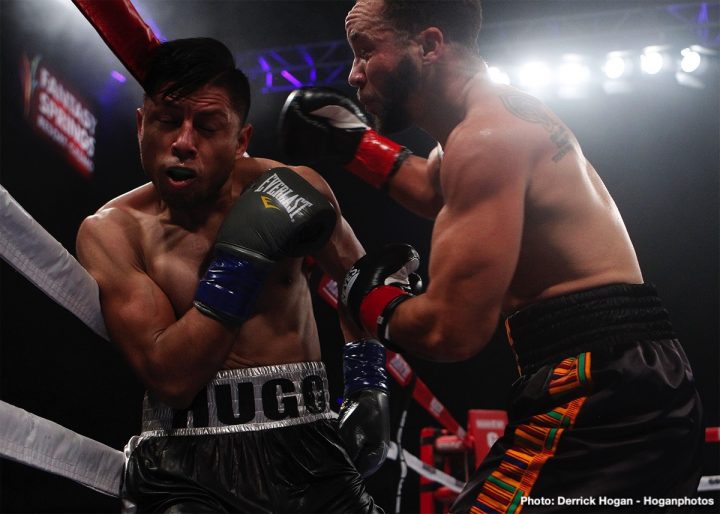