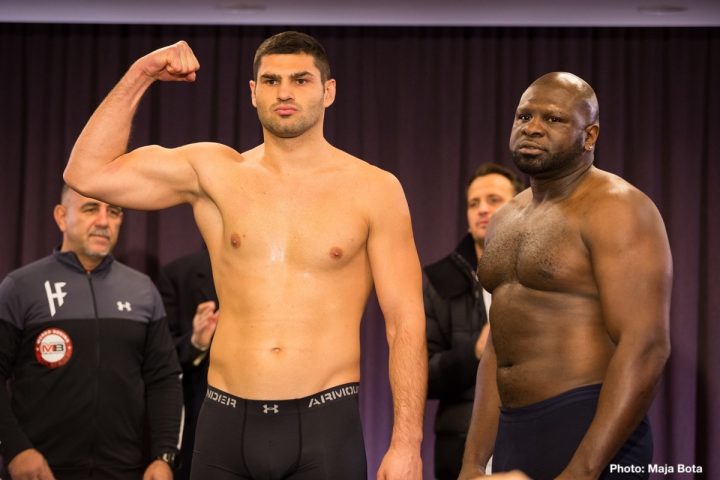 Hrgović, the Rio 2016 Olympic Bronze Medallist and current WBC International Champion, will be boxing in his hometown for a second time following his knockout win over Amir Mansour in September at the Arena Zagreb.

Hrgović will look to continue his World title charge but can expect tough competition from Johnson, a former World title challenger, who has previously shared the ring with Vitali Klitschko, Tyson Fury and Anthony Joshua.

Filip Hrgović vs. Kevin Johnson tops an action-packed fight card at the KC Drazen Petrovic. Tickets start from 150 KN and are available via online www.eventim.hr. All the action will be broadcast live on RTL in Croatia. 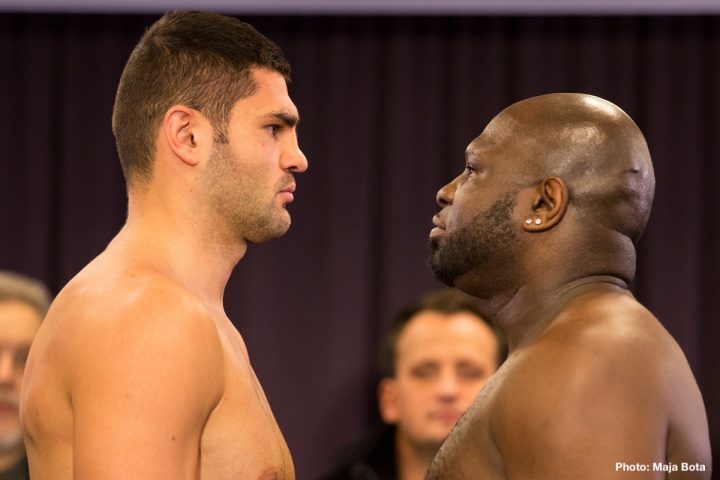 News:
Mikey Garcia wants to win a world title at 147

Perea was due to arrive in Zagreb on Tuesday, but did not make his scheduled connection from Bogota. Later, it became apparent, despite previous assurances, that he did not possess the necessary documents to travel.

With no time to spare, the call went out for a suitable replacement, and Johnson, currently based in Germany, where he recorded a knockout win last Saturday, was placed on standby earlier this week and arrived in Zagreb today.

Johnson, from New Jersey, USA, challenged Vitali Klitschko for the WBC World title, and has since gone on to share the ring with a number of modern heavyweight greats including Tyson Fury and Anthony Joshua.

“I didn’t have to think twice when I was offered the fight. Hrgović doesn’t worry me. I’ve been in there with the best, and he’s not the best, so why should I worry about him?

“He’s been training for something completely different so who knows what’s going to happen when we meet in the middle of the ring. It’s hard to predict, but if the opportunity for a knockout comes, I’m going to take it.

“He’s going to need all the support he can get come Saturday because if he doesn’t, there’s going to be a big upset, and whatever the outcome, one thing’s for sure, the fans are going to get their money’s worth, I can guarantee that!”

“Obviously, it’s not ideal for Filip to have such a late change of opponent, but due to the circumstances, we were left with no other option,” said promoter Nisse Sauerland.

“We are, however, delighted to have secured such a high profile replacement. Kevin Johnson has fought the best out there. He always puts on a great show, and I’m sure the fans at the KC Drazen Petrivic will not be disappointed.”

Filip Hrgović vs. Kevin Johnson tops an action-packed fight card at the KC Dražen Petrović in Zagreb on Saturday, which also features Croatian female star Ivana Habazin in a rematch with Eva Bajic and a full supporting undercard.

Tickets start from 150 KN and are available online via http://www.eventim.hr. All the action will be broadcast live and exclusive on RTL in Croatia.