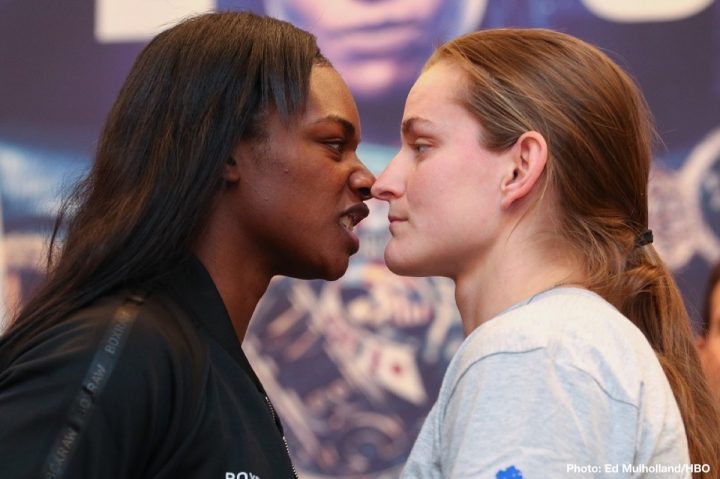 Opening up the telecast is a 10-round women’s middleweight title bout between champion Claressa Shields and Femke Hermans.

Leading up to the main event is a 10-round super flyweight clash between Juan Francisco Estrada and Victor Mendez.

The main event features women’s welterweight champion Cecilia Braekhus defending her title in a 10-round matchup against Aleksandra Magdziak-Lopes. 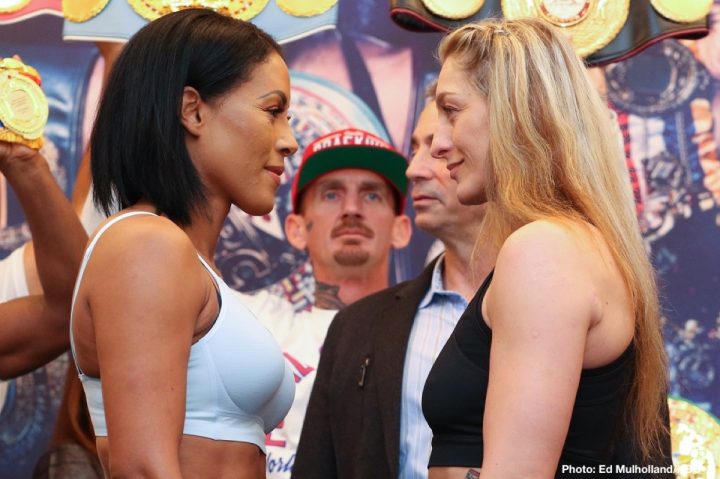 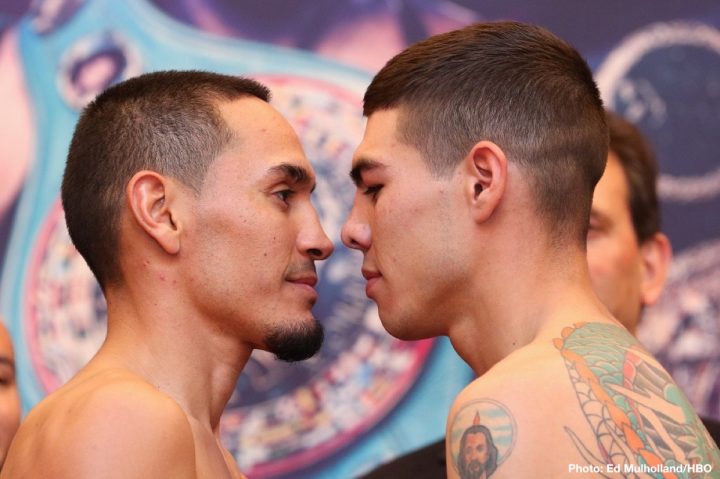 Cyborg will be taking time out from preparation for her December 29 PPV battle with Amanda Nunes to join Shields and be ringside for the final HBO boxing telecast this Saturday. Shields and Cyborg have a great mutual respect and have trained together in the gym.

“I’m excited to have Cris walk me out and carry my WBC championship belt on Saturday,” said WBC/WBA/IBF Champ Claressa Shields. “She’ll be supporting me on December 8 and I’ll be rooting big for her against Amanda Nunes on December 29. We are the two baddest ladies on the planet.”

“Both Claressa and Cyborg are leaders in their respective combat sports,” said Shields’ promoter, Dmitriy Salita. “Women’s empowerment will be on display on Saturday night on the historic final night of HBO Boxing.”

“In addition to being a celebration of forty-five years of HBO Boxing, Saturday night is a celebration of a new era of women’s boxing and women’s sports,” said Mark Taffet, manager of Claressa Shields and a twenty-five year former HBO Boxing executive. “Claressa Shields and Cris Cyborg are the backbone of the new era, and I’m thrilled Cris will be walking Claressa to the boxing ring on this historic night.”

This past Saturday night, November 17, Shields added the WBC title with an impressive ten-round decision over Hannah Rankin in Mulvane, Kansas. Scores were 100-90 on all three judges’ scorecards for Shields who dominated with her technical skills and physical prowess.

Just 23-years-old, Shields won the IBF and WBC Super Middleweight Championships in August 2017 with a dominant stoppage of Germany’s Nikki Adler. In June of this year and in just her sixth pro fight, she dropped down to 160 pounds and won the IBF and WBA Middleweight titles with an exciting unanimous decision over Hanna Gabriels.

Presented by Tom Loeffler’s 360 Boxing Promotions, advance tickets for UNDISPUTED priced at $25, $50, $100 and $150 can be purchased through AXS HERE .The StubHub Center is located at 18400 Avalon Boulevard, Carson, CA 90746. For more information please visit their website at www.StubHubCenter.com. Doors will open at 3:00 p.m. on the day of the event.

Said Shields “I’m so excited to be fighting live on HBO and to share the stage with Cecelia Braekhus on December 8. It’s a great step forward for women’s boxing to have the two best female fighters in the world on the same card on worldwide television.” Shields vs. Hermans is presented in association with Salita Promotions.

“Claressa Shields is a very special athlete on a mission to lift women’s boxing and to prove she’s the greatest female boxer ever,” said Dmitry Salita of Salita Promotions. “It is an honor for Salita Promotions to be a part of her historic journey.”

Stated Shields’ Manager Mark Taffet, “Having spent a quarter century at HBO, it will be very meaningful and memorable for me to see Claressa Shields in that ring on December 8. I thank HBO, Tom Loeffler and Salita Promotions for providing this great night and opportunity for Claressa.”

Topping the non-televised undercard, popular female fighter Louisa ‘Bang Bang Lulu’ Hawton, (8-2-0, 4 KOs), of Perth, Australia will once again face off against Mexico’s Brenda ‘La Bonita’ Flores, (15-4-1, 3 KOs) of Tijuana, Mexico in a featured ten-round world title fight rematch. In their memorable first clash, Flores was victorious by split decision on September 8, 2018 at the Forum in Los Angeles. Flores will be defending the WBC Atomweight World Title earned during their first bout.