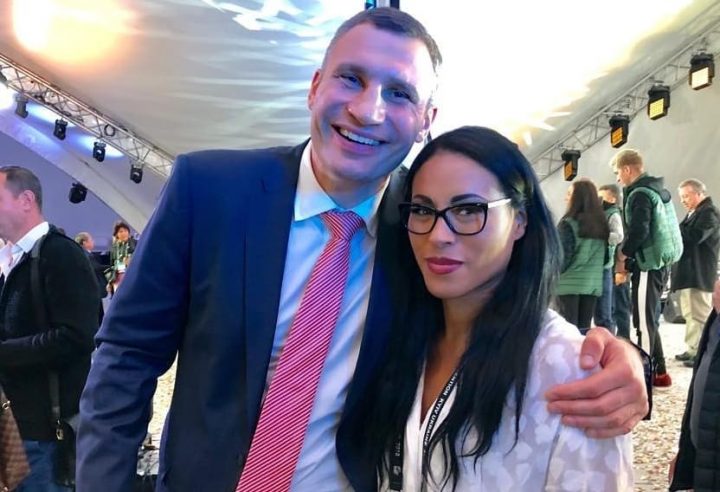 Presented by Tom Loeffler’s 360 Boxing Promotions, advance tickets for UNDISPUTED priced at $25, $50, $100 and $150 can be purchased this week through AXS HERE. Tickets will also be available at the StubHub Center box office on the day of the event. The StubHub Center is located at 18400 Avalon Boulevard, Carson, CA 90746. Doors will open at 3:00 p.m. For more information please visit their website at www.StubHubCenter.com.

The entire undercard will be streamed live internationally, ‘FREE of Charge’, on the 360 Promotions website (www.360Promotions.us) and all social media channels. The first bout will start at 4:00 p.m. PST this Saturday, December 8, 2018 from the StubHub Center in Carson, CA. The HBO Boxing After Dark tripleheader will be televised live beginning at 10:20 p.m. ET/PT.

UNDISPUTED marks the last HBO boxing telecast of their illustrious 45-year history. Cecilia Braekhus fought in their first telecast of women’s boxing on May 5, 2018 and will headline in their final telecast this Saturday, December 8, 2018 against Aleksandra Madgziak-Lopes. Defeating Kali Reis by on May 5 by unanimous decision at the StubHub Center in Carson, CA, the fight was telecast to an average of 904,000 viewers in the United States, the second highest viewership by the network for boxing in 2018. Lopes holds a win over Kali Reis and is definitely up for the challenge to take the titles away from Braekhus.

If Braekhus is successful on December 8, this will be her 24th consecutive world title defense and her ninth consecutive defense of her UNDISPUTED world titles (WBC, WBA, IBF, WBO and IBO). Braekhus first became a world champion on March 13, 2009 by defeating Vinni Skovgaard for the vacant WBC and WBA Welterweight World Titles. On September 13, 2014 she earned the title ‘UNDISPUTED Welterweight World Champion’ by defeating Ivana Habazin.

Headlining the undercard, Southern California fan favorite Louisa ‘Bang Bang Lulu’ Hawton, (8-2-0, 4 KOs), of Perth, Australia will face Lorraine Villalobos, (2-1-0) of Los Angeles in a WBC Atomweight Title bout. In her last fight Hawton clashed with Brenda Flores at SUPERFLY 3 on September 8, 2018 at the Forum in Los Angeles losing a very close and controversially scored decision in the world title fight for which the WBC ordered an immediate rematch. The previously announced rematch for December 8 has been postponed due to a recent illness suffered by Flores.

Eric Puente of Vista, CA will make his professional debut against Enrique Alamada, (1-1), of Sonora, Mexico over four rounds in the lightweight division.

News:
Dorticos: “I can’t wait to come back to Riga!”

On January 5, 2018, Braekhus was named by the Boxing Writers Association of America (BWAA) as the First Female Fighter of the Year for 2017, a campaign which featured three sensational performances in her native Norway. The presentation of the award took place on Friday, May 11, 2018 in New York City at the association’s annual awards dinner.

On May 5, 2018, Braekhus was featured in the first women’s bout telecast in the storied history of HBO’s World Championship Boxing winning a 10-round decision over Kali Reis. Her victory from the iconic Stubhub Center in Carson, CA averaged an extraordinary 904,000 viewers in the live telecast on HBO.

In their inaugural member poll for the Women’s Pound-for-Pound List, the BWAA’s announced on June 26, 2018 that Braekhus was voted the #1 Pound-for-Pound Women’s Fighter in the World.

Fighting for the first time in Moscow, Russia, Braekhus won a 10-round decision over WBC Interim Junior Middleweight Champion Inna Sagaydakovskya on July 21, 2018 at the Olympic Stadium.