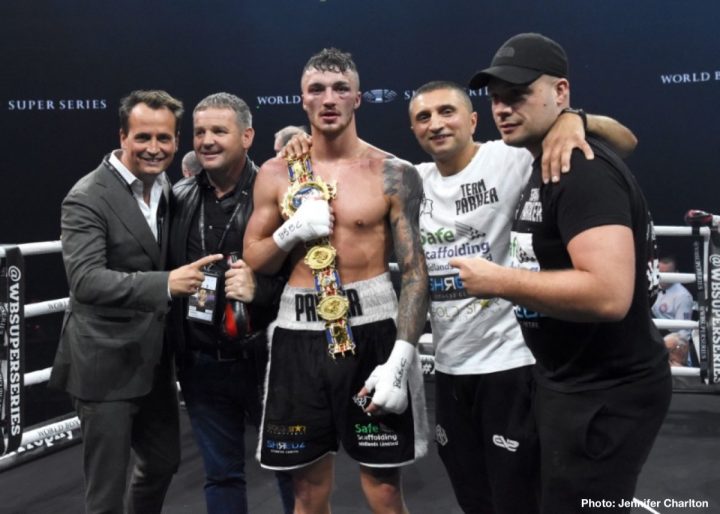 Zach Parker suffered a dislocated left shoulder and tears to his rotator cuff, labrum and subscapularis during his British title win over Darryll Williams on November 3 at The SSE Hydro in Glasgow, and will undergo surgery this week to repair the damage.

Parker sustained the injury at the end of the second round and was forced to box with one arm for the remainder of the contest as he edged out Williams in a competitive fight to claim the Lonsdale belt via split decision.

“The pain was awful,” said Parker. “I’ve never felt anything like it before, but with the guidance of my trainers Errol Johnson and Paul Mann, I grit my teeth, kept my calm and boxed smart.

“There was never any question I would quit. That’s not in my nature. Obviously, it was killing me, but I couldn’t pull out of the fight of my life. I’ve been waiting for this opportunity for a long time and I wasn’t going to give it up.

“Considering I only had one arm and I was limited to what I could throw, I was pleased with my performance. I couldn’t throw combinations like I wanted to. I had to be smart and know when to stand and fight and when to move.”

The 24 year-old is expected to be out of action until April next year, but has already stated he is happy to give Williams a rematch when he returns.

“Most definitely,” says Parker. “I told Williams after the fight we should have a rematch because it was really close. It would be another good fight for the fans and this time I would be 100 percent with two hands.”

A sentiment shared by his manager Neil Marsh, who said: “We have absolutely no issue giving Williams a rematch. Zach Parker is an elite level fighter. It was a very close fight with one hand, but with two hands, there’ll be no question.”

Promoter Nisse Sauerland has praised Parker’s bravery and says he is proud for the Derbyshire man to become Team Sauerland’s first British Champion.

“Zach showed a real warrior’s heart on Saturday in Glasgow,” said Sauerland. “To fight the way he did with only one arm was impressive. Even more so now we know the extent of the damage. I’m extremely proud of his performance and proud of him becoming Team Sauerland’s first British Champion.”


« Glowacki vs. Vlasov & Briedis vs. Mikaelian this Sat. on DAZN