Tyrone McKenna vs. Lewis Benson in Glasgow on November 30 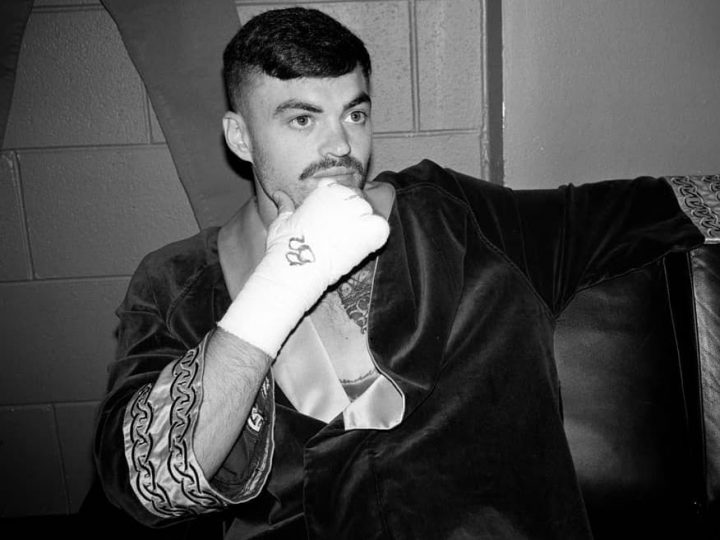 ‘Kid Caramel’ plays host to ‘The Mighty Celt’ at Glasgow’s Emirates Arena on November 30 with both men looking to bounce back from their sole career defeats in an intriguing super-lightweight collision.

The verbal warfare ignited almost as soon as the match-up was announced and with McKenna questioning Benson’s desire earlier in the week, the Scot has fired back.

Benson said: “I really don’t know how he can question my heart. I had a bad eighth round in my last fight and I came back like a champion in the ninth.

“He’s talking about his ‘relentless’ style but I don’t even think it’s relentless. It’s just someone walking forward and throwing mad shots. I don’t think he’s relentless at all.

“I’m smarter than he is. He goes in for wars with people who are 5ft 7. He won’t have the chance to do that with me because I’m going to be moving and playing with him all night. I’ve got faster hands than him. He’s had more stoppages than me but I’ve felt his strength and his power doesn’t bother me.

“You can call this a crossroads fight. We’re both coming off our first loss and are both looking to bouncing back. I’m going to be the one bouncing back and using this as a springboard for big title fights.”

With the social media war with McKenna ongoing, Benson has also exchanged pleasantries with his rival’s close friends Paddy Barnes and Tyrone McCullagh.

Addressing this, Benson added: “There’s been some good banter on social media with the likes of Paddy Barnes. Another one – who I don’t even know – is Tyrone McCullagh. I know he’s really good friends with McKenna but I can’t wait to wipe the smile off his face as well.

“I have no nerves. I’m looking forward to it more than anything. I’m going to shut him and his mates up with a great performance. He’s either daft or deluded thinking he can beat me.”

Tyrone McKenna has warned Scot Lewis Benson there is no possible route to a home victory in the pair’s hotly-anticipated showdown in Glasgow on November 30 – live on BoxNation.

Belfast’s McKenna (16-1-1-KO6) travels to Emirates Arena to take on ‘Kid Caramel’ (10-1-KO2) and many feel the best chance of victory for ‘The Mighty Celt’ lies in forcing an all-out war with his host.

Although never one to shy away from exchanges, McKenna has dismissed question marks over his ability to outbox Benson.

“I went around the world as an amateur because I’m a good technical boxer so I dismiss all claims to the contrary.

“I hold every advantage over him. I’m taller, faster, stronger, fitter and I have more heart. I have a better engine. I can not see me losing. Sometimes you have doubts in camp but I wholeheartedly believe I’m better than him at absolutely everything.

“Of course he’s going to try and avoid all exchanges. He’s said that he’s going to box and move in numerous interviews but I don’t think he realises how relentless I am and how difficult it is to hit me clean. Fighting me is more difficult than it looks.

“You saw what I’m like against Jack Catterall. You saw the levels I can go to. I don’t believe Benson is ready for that kind of relentless fight because I don’t believe he has the heart for it. Not many do.”

McKenna’s clash with Benson takes place on a huge bill that also sees Ukashir Farooq vs. Iain Butcher for the British bantamweight title, Kieran Smith vs. Peter McDonagh for the WBC International Silver super-welterweight crown and the likes of David Brophy, Michael McGurk, Reece McFadden, Jack Turner and more on the undercard.