Sauerland: “The fighters have chosen to represent the Ali Trophy to find out who is best 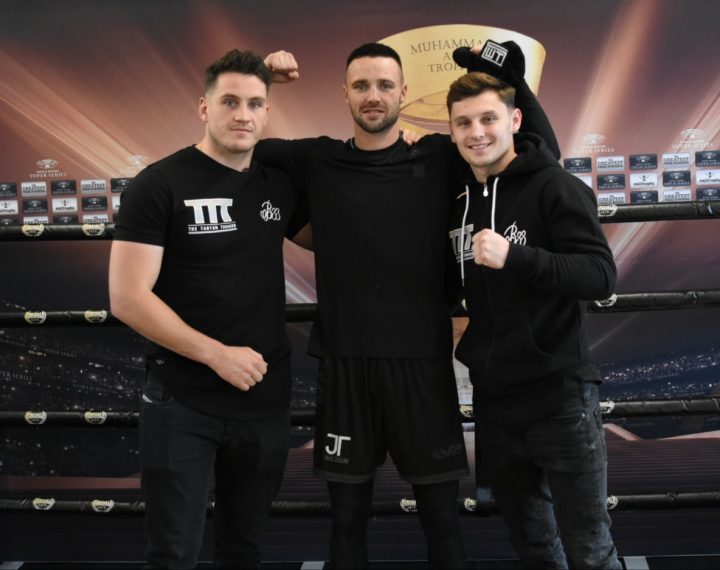 ”Kalle Sauerland, Comosa’s Chief Boxing Officer, previews this weeks show in Glasgow, Scotland and talks about the weight of the quest for the Muhammad Ali Trophy, The Greatest Prize In Boxing.

It is week five of Season 2’s back-to-back doubleheader quarter-finals.

So far the Ali Trophy has brought the lights to Japan, Russia, USA twice and now Glasgow in Scotland for Ryan Burnett vs Nonito Donaire & Josh Taylor vs Ryan Martin.

“Boxing is often about money and about going out there and earning a day, and that’s all well and good. It’s all part of the game, but the Ali Trophy brings a little bit more than that,” said Sauerland.

“We believe that the people who step up and take part in this tournament, it’s not about taking a year out and doing three voluntaries and getting good paydays out of it, it’s about putting your, excuse my language, nuts on the line to find out who the best is.

“It’s very easy as champion to sit it out and say I’ll fight the winner and I’ll take easy fights and then get one payday. The fighters in the World Boxing Super Series have chosen to be in this tournament. They’ve chosen to represent the Ali Trophy to find out who is best is in the weight class.

“If you look at the two fights in Glasgow, Ryan Burnett vs Nonito Donaire and Josh Taylor vs Ryan Martin, you’ve obviously got amazing match ups. Nonito Donaire, someone who’s had such a story in this sport. An amazing story. Someone who’s coming down in weight to face who many believe is the favourite.

“I don’t want to say it’s a clash of generations, but for Nonito, it’s a big chance to resurrect his career and for Ryan Burnett to make a real statement in this tournament. We’ve seen some statements the last weeks. Look at Naoya Inoue in Japan. Rodriguez had a very tough win against Jason Maloney, which showed once again the depth in this tournament, also with Zolani Tete against Mikhail Aloyan. This is a fight where you have a real storyline outside of it.”

Taylor vs Martin is the story of two young fighters, 27 and 25, both labeled rising stars.

“Taylor and Martin, two guys much talked about either side of the pond,” said Sauerland.

“I’ve just come back from New Orleans and all the American press were telling me about Ryan Martin, and I arrive here in Scotland and everybody is telling me about Josh Taylor. In those famous words: someone’s 0 has got to go.

“We’ve got two undefeated gladiators. Two undefeated, young, hungry guys trying to make it to the top. They’re in this tournament for a reason,” said Sauerland concluding:

“I can’t wait for Saturday from a sporting level and from a personal level.”

On the line Saturday in Glasgow:

The quarter-finals are available in the UK on all WBSS platforms: WorldBoxingSuperSeries.com, the WBSS YouTube channel and Facebook page. Burnett-Donaire starts at 9pm, Taylor-Martin 10pm.

Boxing » News » Sauerland: “The fighters have chosen to represent the Ali Trophy to find out who is best