News: Shields vs. Hammer on SHOWTIME in 2019; More 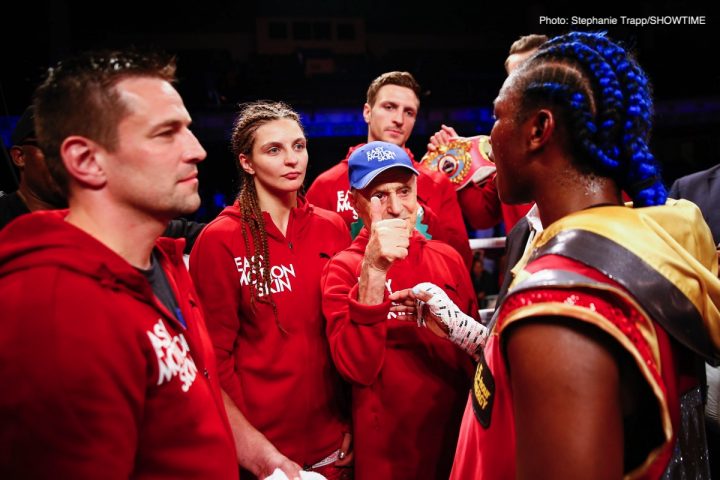 “The women’s middleweight world championship between Claressa Shields and Christina Hammer has been postponed after Hammer withdrew from the Nov. 17 bout due to medical reasons. All parties involved have agreed to reschedule Shields vs. Hammer on SHOWTIME in 2019. In the meantime, Showtime has agreed to let Shields seek an optional title defense as Hammer pursues a return to the ring.”

Miami, FL: 22 year old prospect Shokichi Iwata of Tokyo, Japan has signed a multiyear promotional agreement with All Star Boxing, Inc and Teiken Promotions and will jump start his career in the Unites States.
Iwata won several amateurs titles in Japan and compiled a record of 59 wins, with only 12 losses while representing Waseda University in Tokyo where he is also a student.

“I want to be the next Mayweather of Japan, for this reason I’m going to be campaigning in the US, I’m very excited and want to thank All Star and Teiken for this opportunity to achieve my dreams” said a jubilant Iwata.

His US debut is slated for November 16 at the Osceola Heritage Park in Kissimmee, Flor- ida on the undercard of Jonathan “Bomba” Gonzalez Vs. Juan “Pinky” Alejo fight as part of the Boxeo TELEMUNDO fall series. Iwata will be a regular on the series where he will appear at least 3 times a year. He will be campaign in the Jr. Flyweight division.

“We are very happy to be working again with Mr. Akihiko Honda and the Teiken Promo- tions Family with this new prospect, we have had a long standing relationship and to- gether we will bring Shokichi to a world title and help make his dreams come true, he is very talented and charismatic” said Zabala President of All Star Boxing, Inc.

All Star Boxing, Inc is the exclusive promoter of the successful Boxeo TELEMUNDO Ford series, the #1 Boxing Program on Spanish television in the US.

Arias, 28 years old of Milwaukee, WI, has a record of 18-1 with nine knockouts and is currently ranked number-nine by the WBC.

Before turning professional, Arias was a two-time US National Champion as well as a National PAL Champion and the Under-19 National Champion while compiling a 140-25 amateur record. Arias had defeated current world champion, Shawn Porter and top contenders Jesse Hart and Marcus Browne in the amateur ranks.

In his last bout, Arias lost a twelve-round decision to former world champion Danny Jacobs, who will be fighting for the IBF Middleweight Championship this Saturday. The loss was very hurtful to Arias because he was not able to give his all as he suffered an unusual foot injury that hindered his performance but is ready to move on.

“I am very excited to start a new chapter in my career,” said Arias. “I’ve grown a lot this past year and I’m looking forward to showing the world that I stand amongst the best in the division. My goal has never changed and that is to become World Middleweight Champion!”

Said Boxing Stars Management Group Director, Ziya Aliyev, “ We are very excited to have a fighter of Luis Arias stature in our stable. He has a fan friendly style and among the biggest punchers in boxing today. My business partner, CEO of Boxing Stars Management Group, Elvis Crespo and I discussed the plan we had for him and he came on board. Expect big things to come from him which will lead to a world middleweight championship.

Arias is scheduled to fight on DAZN’s November 17th card against former title challenger, Gabriel Rosado in a 12 round middleweight bout at The Kansas Star Casino in Mulvane, KS.