Kubrat Pulev vs Hughie Fury – All You Need To Know! 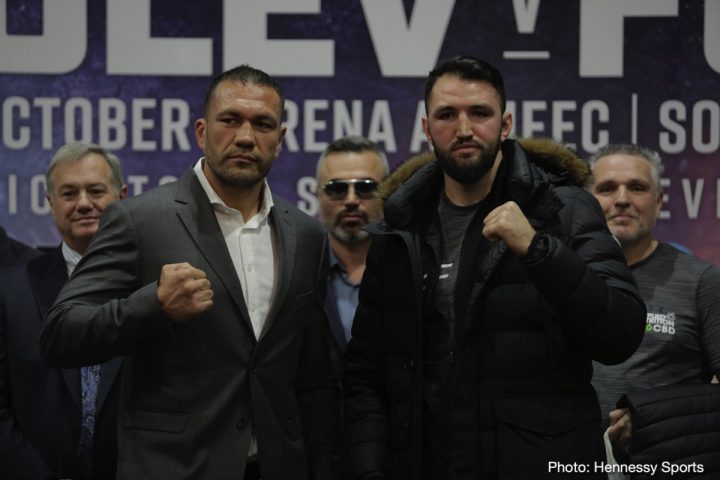 Britain’s Hughie Fury has traveled to Bulgaria to take on IBF #2-rated Kubrat Pulev in a 12-round heavyweight final eliminator at the Arena Armeec in Pulev’s hometown of Sofia.

The winner of this highly anticipated showdown promoted under the banner of ‘Fire & Fury’, will land themselves the Number 1 spot in the IBF heavyweight standings and become the mandatory challenger to reigning champion Anthony Joshua.

Who is Hughie Fury?

Hughie Fury is the current British Heavyweight title holder. The 24-year-old stands at 6’ 6” tall and weighs in at 240 lbs. He is coached by his father Peter Fury and trains out of Team Fury Gym in Bolton.

Fury, nicknamed ‘The Fist of Fury’, currently holds a professional record of 21 wins and 1 defeat, with 11 of those wins coming via KOs. In September of 2017, Fury suffered his only career loss, a controversial majority decision to Joseph Parker for Parker’s WBO Heavyweight Championship.

Outside of boxing, Fury enjoys watching Netflix and his favorite program is the gangster drama Peaky Blinders. His favorite character is the show’s lead Tommy Shelby.

Who is he up against?

Kubrat Pulev. A tough looking Bulgarian boxer who holds a record of 25 and 1, with 13 of those wins coming via knockout. Pulev’s only loss came against Wladimir Klitschko in an IBF and lineal heavyweight title dust-up in 2014. He lost via KO in the fifth round.

Pulev was scheduled to fight Anthony Joshua on October 28th 2017, before Pulev had to pull out of the fight due to an injury and was replaced by Carlos Takam.

The winner of this IBF eliminator fight will face the current IBF world champion Anthony Joshua.

How can I watch the fight?

In the UK the fight will be broadcast exclusively live on free to air Channel 5 at 9 pm. Hughie’s ring walk is expected to place at 9.15 pm.

With a number of his heavyweight contemporaries refusing to take on Kubrat Pulev in his home town of Sofia, Hughie Fury has been applauded by many for agreeing to take on the Bulgarian native in his own back yard.

The move prompted Pulev to praise Fury’s braveness and heart in one recent interview, commending the Brit for “coming to Bulgaria when many others ran away”.

Appropriate therefore that 24-year-old Hughie will walk down to the ring to the title music from the 1995 epic Braveheart. The Mel Gibson directed movie proved a knockout success at the box office and landed five Oscars at the following year’s Academy Awards.

Fury will be hoping to get the job done in Sofia on Saturday night when he takes on Pulev, with the winner set to become the mandatory challenger for Anthony Joshua’s IBF belt.

Hughie Fury said: “At the end of the day a fight is a fight. I have always said that I will fight anyone, anywhere so to me it doesn’t make a difference. He might see it as an advantage, but the pressure is on him. I have no problem facing him on his home turf.

“The closer we get to the fight, the more I’m looking forward to walking out to the Braveheart music and hearing the roar from the crowd. Pulev is a tough opponent but this is the best I have ever felt going into a fight both physically and mentally and I’m ready to go there and get the win.” 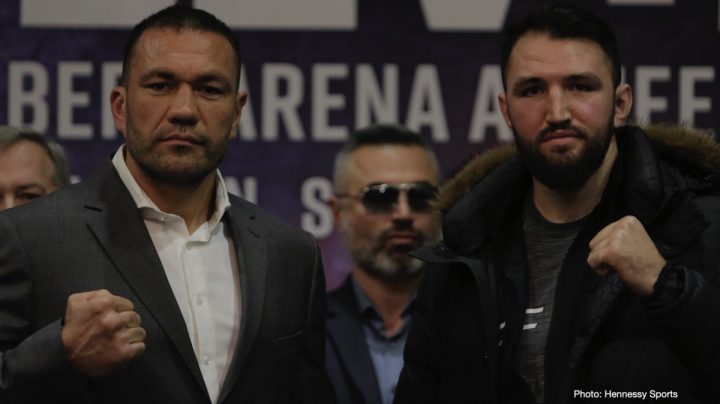 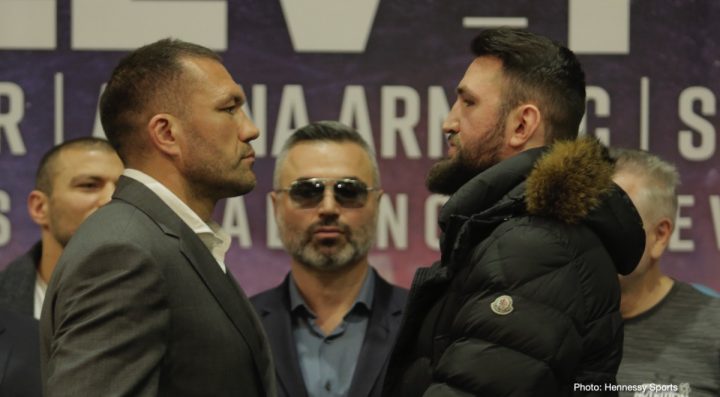 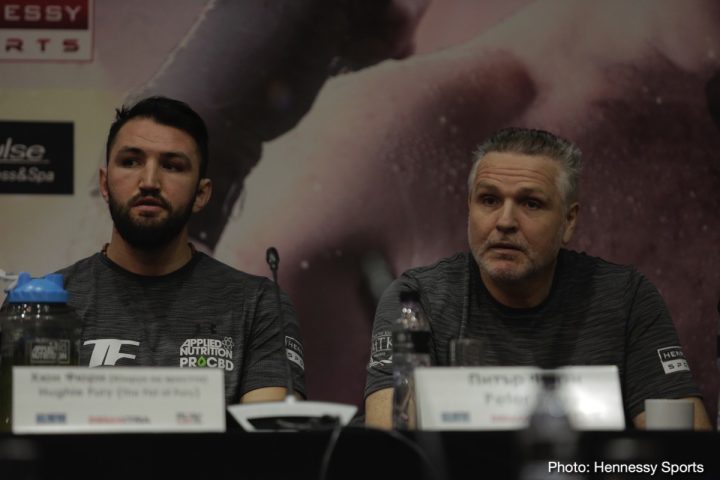 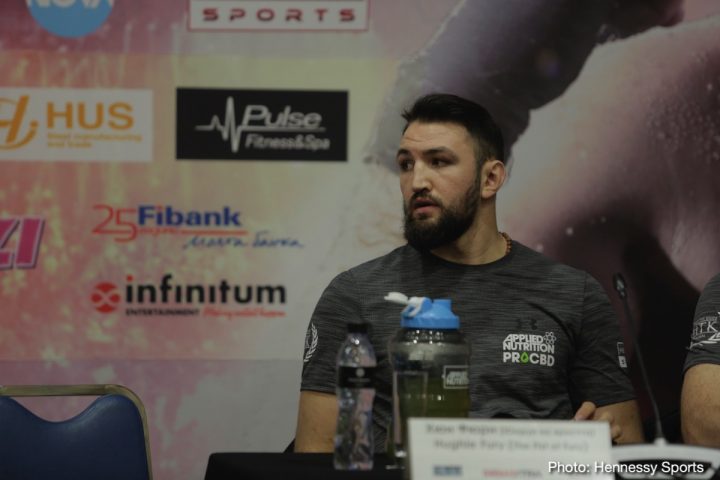 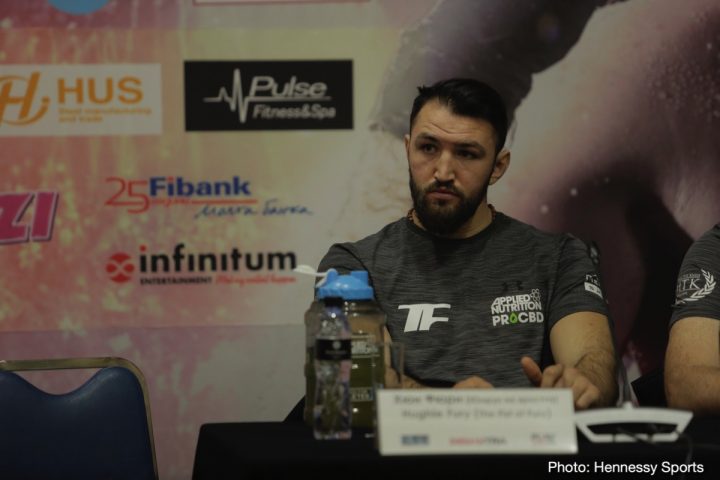 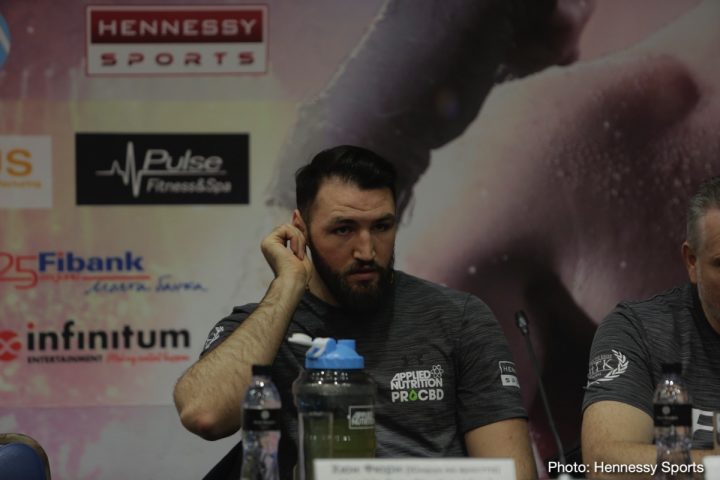 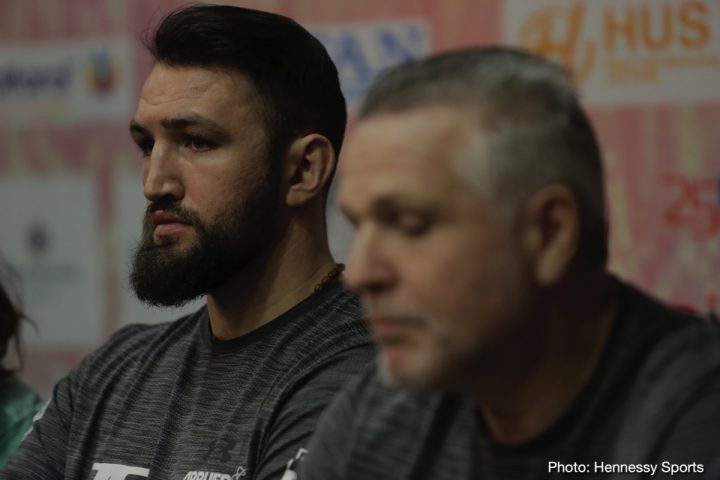 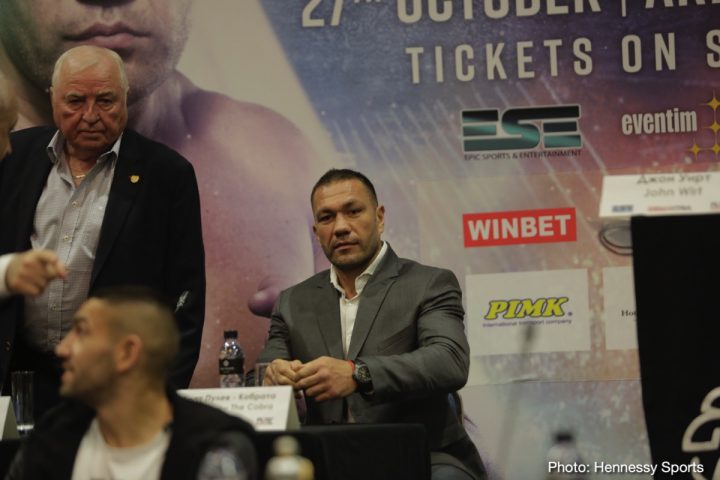 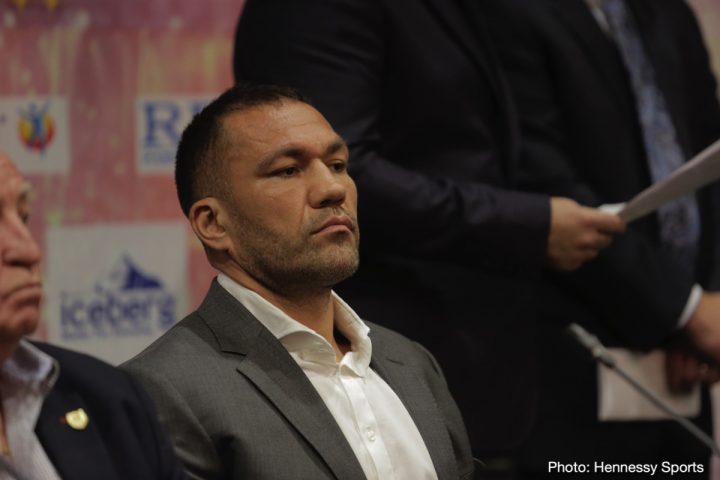 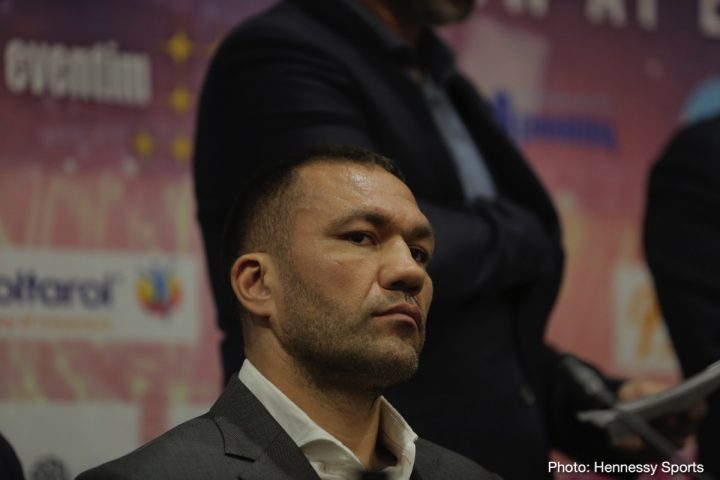 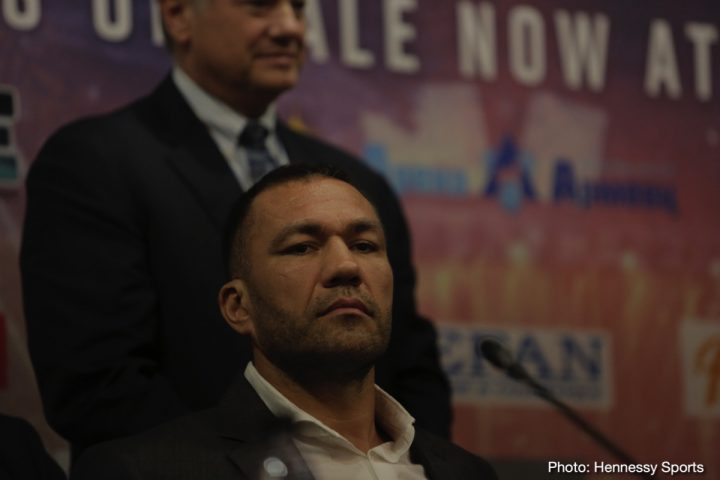 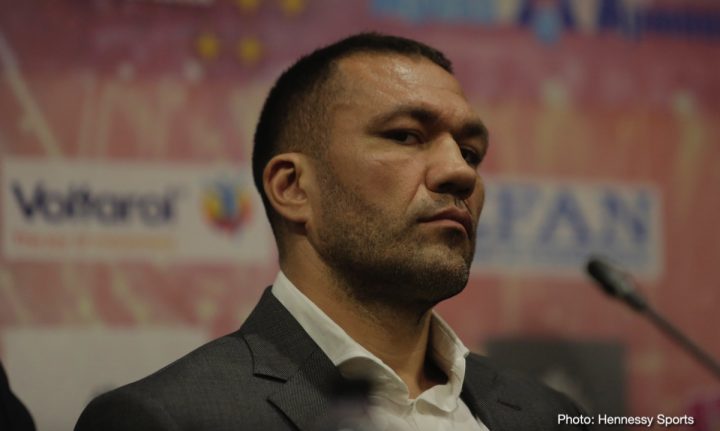 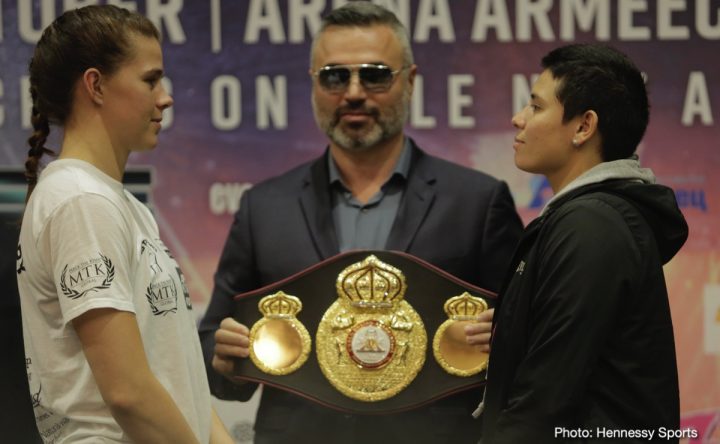 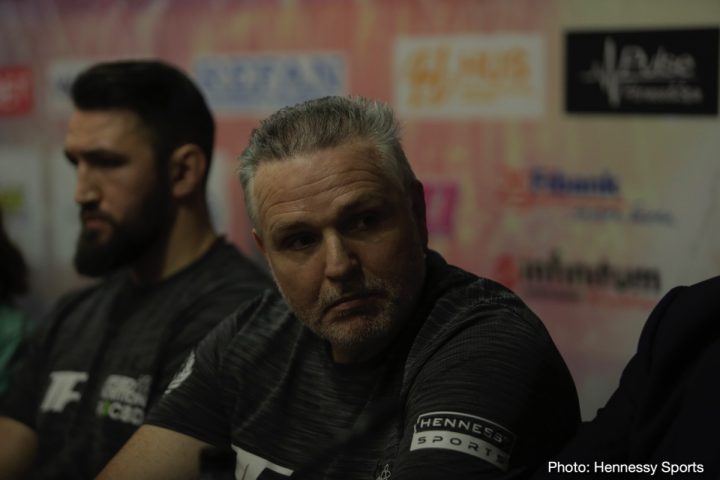 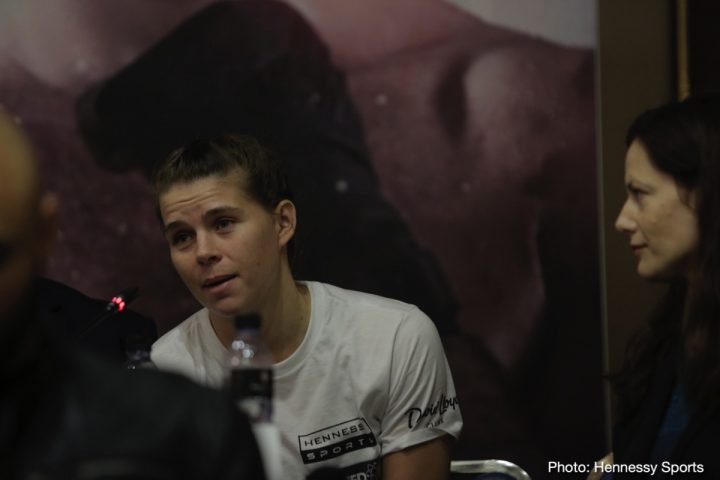 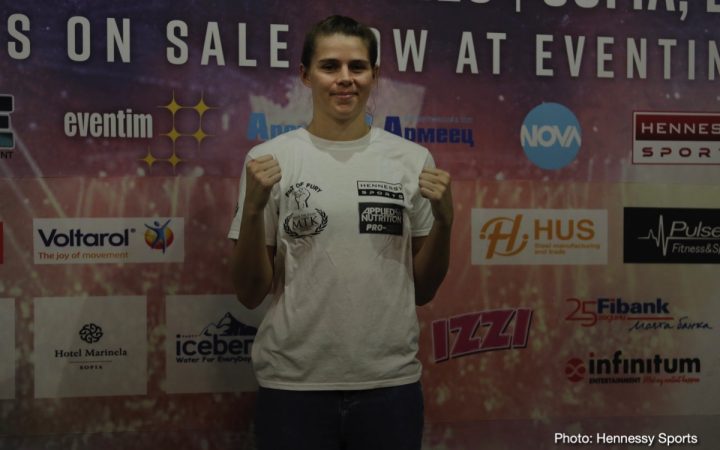 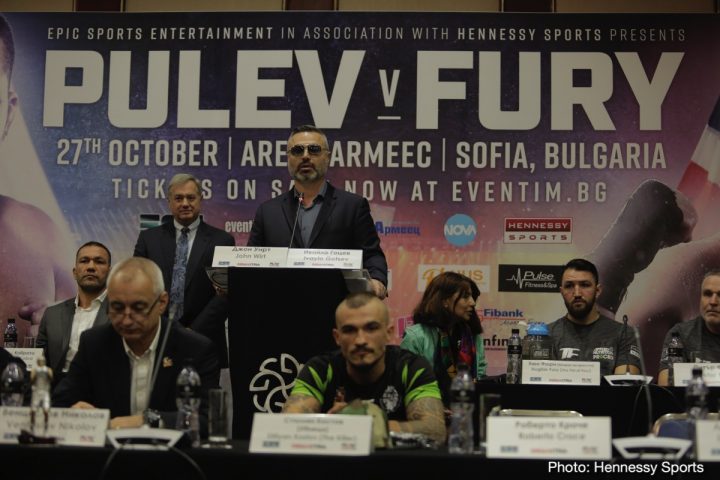 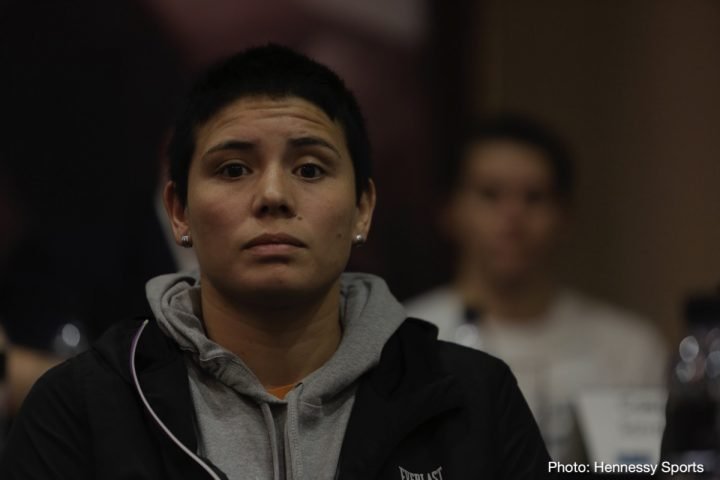 Boxing » Press News » Kubrat Pulev vs Hughie Fury – All You Need To Know!