Jason Moloney Q&A: ‘Now I get my chance to achieve my dream and become a world champion’ 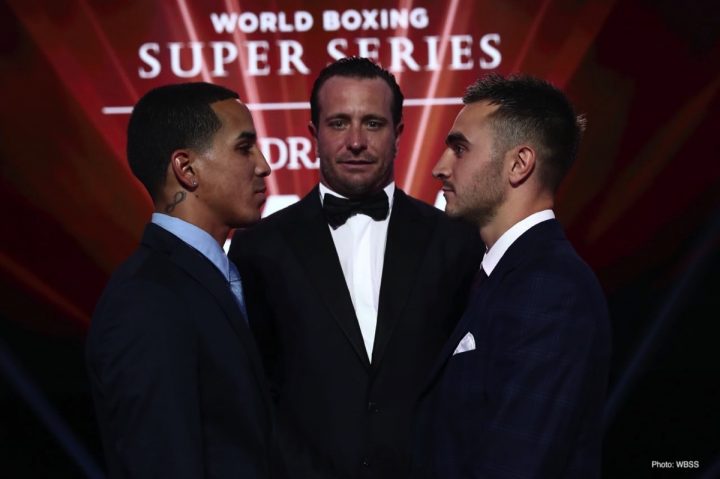 By Ian Aldous: This Saturday night, Jason Moloney (17-0) makes his U.S debut in the World Boxing Super Series Quarter-Final and IBF world championship bout against defending champion, Emmanuel Rodriguez (18-0). He’s ventured to Orlando, Florida by way of Australia with the hopes of a proud sporting nation watching back home down under. Earlier this week, the WBA, WBC and IBF top-ten ranked pugilist took some time out of camp to talk with me about his bid to capture glory.

IA: When did you arrive in Orlando, and how are you acclimatizing to the U.S so far?

JM: We came over on the 27th of September and gave ourselves a good three weeks over here to acclimatize and get used to the time difference and everything like that. We’ve had some great sparring over here as well, so preparation’s been perfect. We’re nice and settled in and ready to go.

IA: This will be your first time fighting as a pro outside your home country. Is it a case of just embracing the challenge?

JM: Yeah, definitely. It’s something that I’ve wanted to do for a long time. I’ve wanted to have a big fight in the States – that’s a dream. I fought over here as an amateur, first time as a professional and we’re just soaking it up, enjoying the experience and we’re going to make a big statement over here with a big win on Saturday night.

IA: Not only is it a WBSS quarter-final, but it doubles as an IBF world title fight. What are your thoughts on Emmanuel Rodriguez and what he brings as the defending champion?

JM: He’s obviously a very good fighter and he’s a world champion for a reason. All the guys in the tournament are good fighters and that’s what makes it so exciting. We’ve had fantastic preparation, we’ve been working for years and years and years to get this opportunity to fight and become world champion. Now, it’s less than a week away and preparation’s been absolutely perfect, (I) couldn’t be more ready and excited to go. I can’t wait to get in there and get it on.

IA: Australian fighters are quite often overlooked by fans from the U.S and Europe, do you feel like this is a chance for you to put Australian boxing back on the map?

JM: Yeah, definitely. We really need someone to make a mark on the sport and give everyone something to look up to. Australia doesn’t have a world champion at the moment, so for me to have the opportunity to represent my country over here and to win a world title and bring it back to Australia – that’s a huge motivation for me. Hopefully I can pull this off and other fighters that are coming through can see that it’s possible and we can put Australian boxing back on the map where it deserves to be.

IA: Waiting for you if you win, is the unenviable prize of world title unification against Naoya Inoue. Were you shocked at how easily he knocked out Juan Carlos Payano?

JM: I guess it was a bit of a shock. I mean, he just caught him early and it can happen in boxing. I haven’t even watched the fight, to be honest. I’ve just been focused 100% on Rodriguez and beating him on Saturday night. We’ll just get the job done on Saturday, that’s the main focus and then we’ll move on from there.

IA: You might not have watched it then, but last weekend, Zolani Tete successfully defended his WBO title in a cagey fight against Mikhail Aloyan. What were your thoughts on it?

JM: No, I didn’t actually. I know it’s probably a boring thing for your interview, but we’ve just been focused on Rodriguez and we’ve been watching him nearly every night and studying him and making sure we’ve done our homework. We haven’t even put any focus on anyone else in the competition apart from Rodriguez.

IA: You fought a lot of your career at super-bantamweight, how are you finding life at 118lbs?

JM: Great. I’ve fought all bar two fights now at 122lbs. When I started training with my new coach, we explored the idea of moving down to bantamweight and (it’s the) best decision we made. I feel a million dollars at bantamweight. I definitely think I’m one of the stronger bantamweights in the world. It gives me a good advantage coming down to bantamweight and obviously with that move, gave me the opportunity to be in the World Boxing Super Series – so it was a great decision. I feel fantastic at the weight and I’m ready to perform at my best.

IA: How did you find out about this opportunity to be in the World Boxing Super Series and was it a no-brainer to sign on?

JM: It was a no-brainer. I watched last season’s World Boxing Super Series as a fan and loved what the tournament brought to the table. You got all the belts on the line and the champions fighting the champions, something boxing fans want to see. When it was going to be bantamweight in season two, we put our hand up straight away. This is the sort of opportunity that we’ve been working towards for a long time. We got ourselves up the world rankings and we’ve been waiting for our chance to fight for a world title and here we are, less than a week to go. Now I get my chance to achieve my dream and become a world champion.

IA: Finally, what can fans expect to see from Jason Moloney on Saturday night?

JM: For the people that haven’t seen me box before, I hope they really enjoy what I bring to the table. I think I’ve got a fan-friendly style and I’m willing to do whatever it takes in the ring to make sure I leave with that world title around my waist. I think it’s going to be a great fight for the fans.

Rodriguez vs. Moloney (bantamweight) and Dorticos vs. Masternak (cruiserweight) – WBSS quarter-finals, emanate from the CFE Arena in Orlando, Florida this Saturday night. Tickets are available from just $30 via worldboxingsuperseries.com. The fight night will be broadcast live and free on Main Event in Australia and DAZN in the U.S.