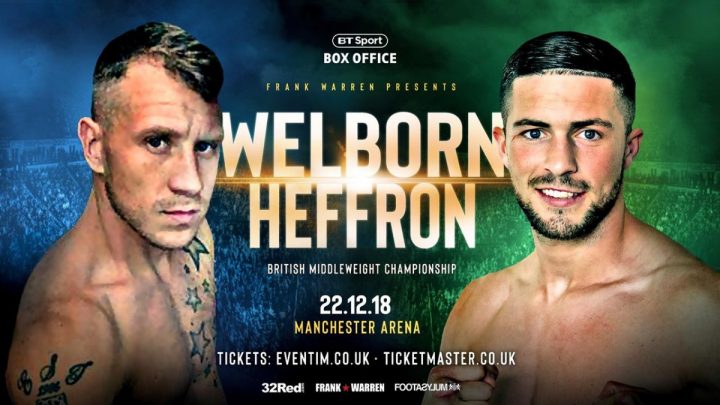 Oldham’s Mark Heffron has racked up twenty-one victories as a professional with no loss to his name after eight years as a professional. The twenty-six-year-old will now have the opportunity to win the famous Lonsdale strap, a feat he believes he has always been destined to achieve.

“I’m over the moon this fight his happening, it makes a nice change that I haven’t had to chase this fight!” joked Heffron.

He continued: “I’ve always known I am good enough to be fighting at this level even before I turned pro. I will be training hard for this fight and I am very confident I can win.”

Heffron will be the challenger when he steps into the ring against the British champion Jason Welborn. The West Midlander won the British Title at the third attempt, losing to Frankie Gavin for the welterweight version and Liam Smith for the super-welterweight strap prior to his victory against Tommy Langford.

Welborn got the better of Langford once again in September to defend the title which he took away from him, both fighters showing us a repeat of their first encounter by going toe-to-toe in an all-out war.

After studying both of the Langford scraps, Heffron believes Welborn’s attacking mentally won’t do him any favours when the two fighter step into the ring.

“I feel very confident going into this fight. I have a lot of confidence in my own ability and my punching power. I’ll be training for a twelve-round fight, but I know this is going to be a knockout victory.”

Tickets available via Eventim and Ticketmaster .