Erislandy Lara vs. Brian Castano in the works for Dec.22 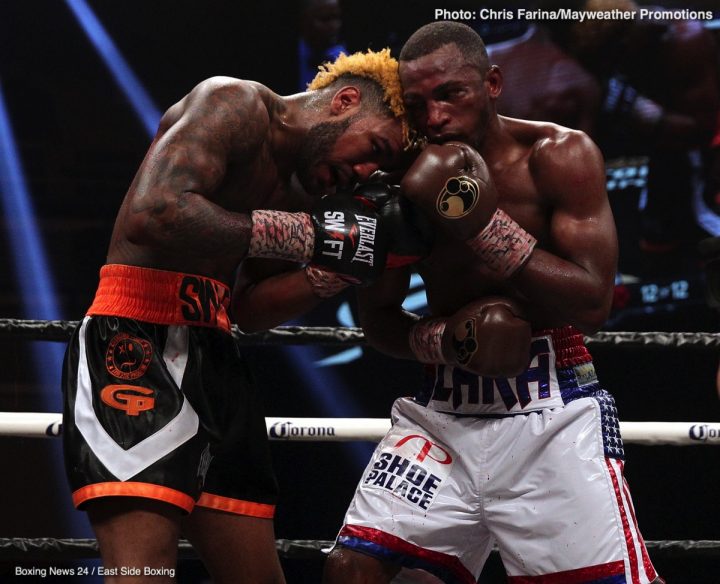 By Jeff Aranow: Erislandy Lara (25-3-2, 14 KOs) and World Boxing Association junior middleweight champion Brian Castano (15-0, 11 KOs) have a fight in the works for December 22, according to ESPN Deportes. The two fighters are close to agreeing to a deal.

If the Lara vs. Castano fight gets made, the idea is to place it on the undercard of the December 22 Jermall Charlo vs. Willie Monroe Jr. and Jermell Charlo vs. Tony Harrison card on Premier Boxing Champions on Fox at the Barclays Center in Brooklyn, New York. Placing Lara-Castano on the card will help setup later fights involving the winner of that fight against the Charlo-Harrison winner. Jermell will be defending his WBC junior middleweight title against Harrison. The natural fight that can come out of that fight is Jermell vs. the Lara-Castano winner.

This would be Castano’s second defense of his WBA title, which he was given outside of the ring by the WBA last October after former WBA 154 lb champion Demetrius ‘Boo Boo’ Andrade vacated his title in order to move up to 160 to seek out bigger and better things.

Both fighters want the fight. Lara, 35, lost his WBA Super World junior middleweight title in a 12 round split decision defeat against IBF 154 lb champion Jarrett Hurd in a unification fight last April on Showtime Championship Boxing. Lara would like nothing better than to win the WBA title back. It wouldn’t be the WBA ‘Super World’ title that he lost to Hurd, as he holds that belt. It would be the WBA ‘regular’ title that Lara would have a chance of winning by facing the 29-year-old Argentinian Castano on December 22. Castano needs a big name like Lara to help increase his popularity in the boxing world, since right now he’s an unknown with most casual fans. Even many of the hardcore boxing fans have never seen Castano fight before.

Castano has fought only two recognizable names in Michel Soro and Cedric Vitu. The rest of the fighters on Castano’s six-year resume are obscure guys that he fought in Argentina.

There’s a chance the Lara vs. Castano fight could take place on January 19 on the undercard of Manny Pacquiao vs. Adrien Broner. Lara-Castano would have a better chance of being placed closer to the main event if they want to get more visibility.

Castano hasn’t been active in the last two years, fighting just twice. Thus far, Castano hasn’t taken advantage of being a world champion. That’s something he’s hoping to change. A win over Lara will help make Castano a bigger name in the U.S. That’s what he needs. Foreign fighters Manny Pacquiao and Gennady Golovkin have become huge names in the U.S and made huge money at starting at the same age as Castano in fighting in the U.S. Castano could follow their path if he can clean up the junior middleweight division. Castano get in on the big money that those fighters have made.