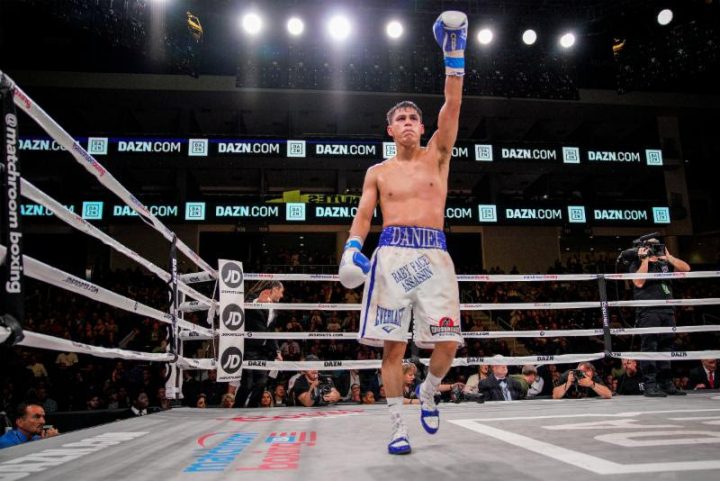 Roman, 28, used his signature tight guard and consistent pressure to overwhelm the taller and well-conditioned McDonnell. The Los Angeles prize fighter came into the fight with all the moment in the world, having rallied off 17 straight wins.

After opening up blood on McDonnell’s nose in the fifth, Roman stalked patiently in the sixth and landed a left hook up stairs and left upper cut that shook McDonnell. The combination would offer a precursor to the fight’s conclusion.

Prior to the head hunting, Roman softened him up with timely body punching that opened up the windows to the head.

“I wanted to go to the body,” said Roman after the fight. “We needed to break him down.”

By the tenth round, Roman was in cruise control on the scorecards and sensed a knockout.

“The right hand landed early in the fight so we knew it was going to be there,” said Roman, who is represented by long time promoter Thompson Boxing and new partner Matchroom Boxing. “I just had to wait for the right time. It was there in the tenth. I landed a strong right to his chin that buckled him. I followed up with two left upper cuts and that was it for him.”

McDonnell ate canvas after the onslaught, but rised clumsily, prompting referee Mark Nelson to call the fight at the 2:36 mark.

Roman, always the fighter searching for the toughest fight, closed his post-fight interview with a call to unify.

“I’ll fight any of the other champions in this division,” Roman said. “Let’s make a unification fight. I want all the belts.”

The world championship fight was streamed live on DAZN USA.