Burton bids to kickstart climb to world level in Newcastle 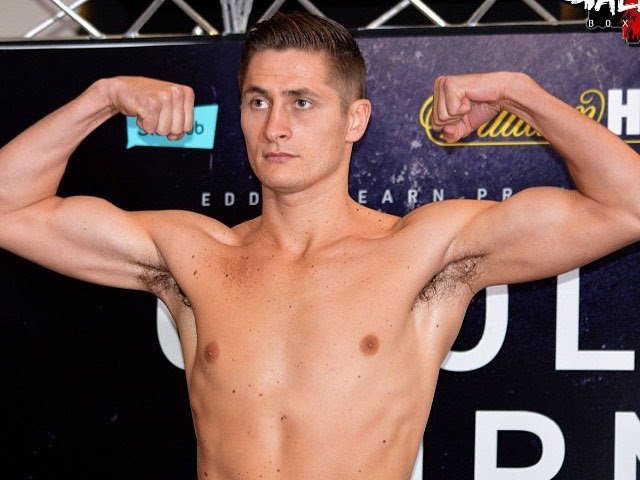 Hosea Burton is determined to prove himself a world-class light-heavyweight – starting on the Matchroom show in Newcastle on Saturday.

Former British champion Burton (21-1-KO10) returns to action on a show broadcast live on Sky Sports and having bounced back from his sole career defeat with a trio of clinical victories, is looking to gain momentum under new management team MTK Global.

Burton said: “I’m absolutely over the moon to be back out fighting again. I don’t train to be fit – I train to get out and fight. I want to be active now and with MTK Global I’ll be as busy as ever.

“I believe I’ve made massive improvements and I’ll show that on fight night. People can make up their own minds when they see me in action.

“Of course there’s the danger being over-eager to impress but hopefully, with 22 fights as a professional and the best part of 100 as an amateur, I should have enough about me to keep my head on the game.

“I’d love to get a knockout but I’ll try to box fast and not get hit. I don’t want to win wild. I want to win inside as few rounds as possible and come out of it with no injuries so I can fight again as soon as possible.

“I want as many fights as I can before Christmas and move back up the ratings. I believe I’m the best in Britain and one of the best in the world.

“I’d love to fight for a world title and I believe I’ll be knocking on the door for it soon. Not everyone wants to fight a 6ft 4in puncher who can box. I’ll just keep getting rid of whoever MTK Global puts in front of me.”

New Midlands super lightweight champion Connor Parker is keen to show off the skills that took him to area glory when he’s back in the ring next weekend.

He makes a quick-fire return to action at Kings Hall in Stoke-on-Trent on Saturday October 20, writes Craig Birch.

The reigning titleist features on Errol Johnson’s BCB Promotions show, which has been titled ‘Pride of the Potteries.’

It comes exactly seven weeks after Parker, from Woodville in Derbyshire, enjoyed his finest hour in the pro ranks against Kevin Hooper.

The 23-year-old southpaw travelled to Lincolnshire where the experienced Hooper, a former Midlands and English title holder, had home advantage.

He instead upset the odds, rolling over a bloodied Hooper who retired at the end of the fifth round. Parker takes up the mantle from Andy Keates, who vacated the strap.

Parker remained unbeaten, in the process, scoring his first stoppage to boot. He’s now set his sights on another conqueror of Hooper, English boss Sam O’Maison.

First comes a keep-busy affair at King’s Hall, where Parker had been due to box in July but now finally appears under the lights.

He said: “I was so happy to get the Midlands title win and it was a big step up for me. He was the best fighter I’ve been in with, as a pro, and that brought a lot out of me.

“I shocked myself when I dropped him, I caught him with a few good head shots and he did well to get up from one of them.

“I tried not to rush things, but he kept on going over so it did seem like a matter of time before the fight got stopped. He was cut (under the right eye) and he was hurt.

“I just had to be patient and, when the referee told me it was over, it was well worth the wait. My confidence is through the roof now.

“To go into his back-yard and beat such an experienced opponent like that shows, when I perform, what I can do. The irony is I’ve still never been past six rounds.

“I’d love for my next 10-rounder to be for something like the English title and O’Maison is a quality champion. Hooper got his chance against him and I want the same.

“Hooper was the favourite against me, I proved the people who thought that wrong and it was a good platform to be on.

“It’s got my name out there and now I’ve a job to do at King’s Hall on October 20. I need to go out there and perform. The win that I can get there is important for me.

“It would take me to 9-0 and, hopefully, I can get out again before the end of the year and get to 10. Failing that, I’ll be looking to do that early next year.”

Someone’s ‘0’ must go in the main event at King;s Hall, when Macclesfield’s Jake Haigh and Dudley’s Josh Miller clash in an eight-round super middleweight affair.

Two hometown favourites occupy the home corner elsewhere on the card, as Stoke duo Nathan Heaney and Cole Johnson lace on the gloves.

Heaney has romped to four victories, one of those victories inside the distance, in the middleweight division and could make it a five-star show.

Wolverhampton’s Conah Walker, a protege of Ricky Hatton, will be back in action just 28 days from his paid bow with a second outing as a pro. He scored a TKO on his debut.

Tickets, priced at £35 standard and £65 VIP ringside, are on sale now. To purchase, contact any of the boxers on Facebook.