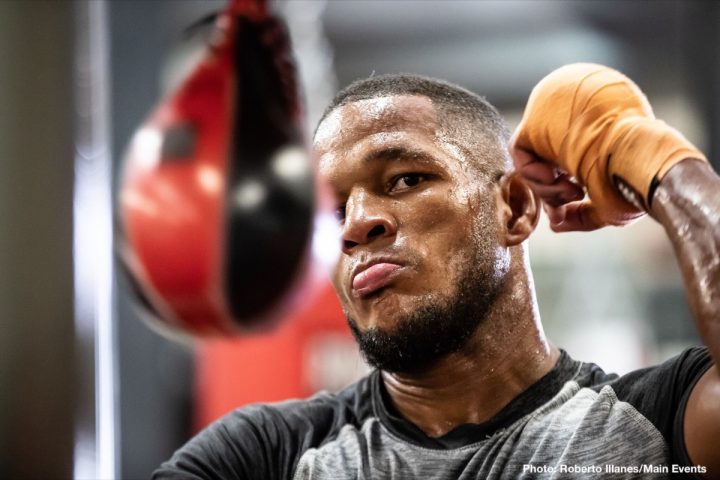 “I always come to fight. Every fight leaves a lesson. I took many lessons from the fight against (Dmitry) Bivol. I saw opportunities I did not take.”

“Come November 3rd, I will not allow any opportunity to slip, and capitalize on his mistakes. Derik (Santos, Barrera’s trainer) and I worked on all those details.”

“Even though it was a long layoff, it has still been a productive year. I got a lot better just being in the gym all this time and working this whole time.”

“I didn’t even realize it. I did an interview with someone recently, and I realized I have been boxing for 17 years. Seventeen years is a long time. I have been in the gym a long time and every time I go there, I just try to get in the best shape possible.

“I have boxing skills. I use them in the gym all the time, but when I get in the fight, I always feel compelled to go brawl. There is another way to do things. I am smart enough. I am trying to box more and get hit a little bit less. I have reached a new level of maturity.”

“This fight is do or die for both of us. We both know what time it is. Me and Barrera have been talking trash to each other on Twitter for a while. We both respect each other but it is going to be two dogs with one piece of meat. I’ve got to feed my kids and he does too, so may the best man win.”

“I work out with a good group of young amateurs, and they keep me young. They challenge me in the sprints and motivate me.”

“We handled it the right way, I took my foot off the gas so, I wouldn’t over train. I’m in the best shape of my life, I know I say that at every camp, but this is legitimate, I’ve been legitimate. For months and months in preparing and it’s the best possible version of me there ever been.”

“Barrera is the man. He’s probably the most dangerous guy right below world champion level there is. His only two losses were to world champions, and he took them to deep water and gave them a hard time.”

“This is a giant test for me, and it’s do or die for both of our careers. The winner moves on to big things and the loser, you know it’s not looking good for them. We’re both in the same boat and we’re both looking for the same thing, so it’s going to be a battle.”

“I always expect the best version of whoever I’m fighting. I’ve learned through experience that when you watch a guy on tape and sometimes fight them, they don’t do what they did on the tape, and do something different. I’ve seen (Barrera) in a lot of fights. I’ve seen him hang tough with tough guys, and he’s as game as they come. As hard as you want to fight he’ll fight you back that hard, and he’ll get dropped and get up and fight even harder.”

“I’m mentally prepared for the long haul, mentally and physically I am ready to do whatever it takes and to dig as deep as I have to.” 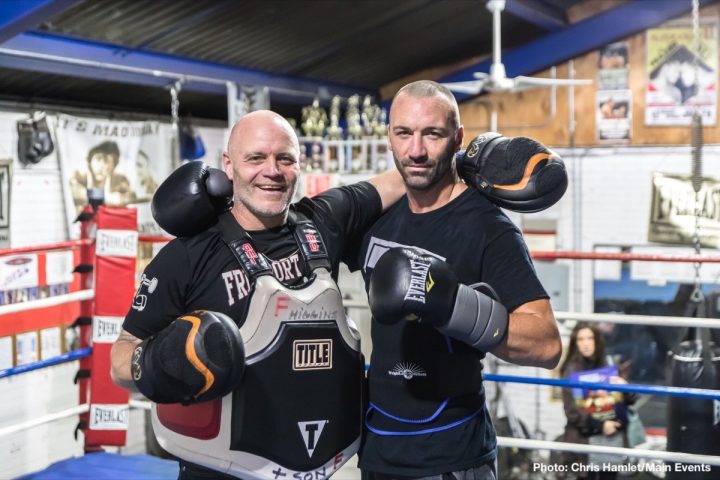 “Seanie knows he has a tough fight, he’s digging down deep and putting in a little extra. He started training camp way back. He’s faster on the track, he’s getting extra rounds sparring. He’s in the best shape I’ve ever seen him.”

“We’re working on some combinations for Barrera. Some things we think might work with him. They both like to come and fight.”

“Seanie knows how important it is for both of them. Like the poster says, it’s a high stakes fight. The winner moves on. The loser has a tough road.”

“He has the same hunger at this stage of his career he always has. He comes to fight.”

“We’re going to have a great atmosphere, a great time. He loves the home town crowd. He loves staying in his bed at night, being at home with his wife and kids.”

“Overall, Seanie has a reputation of being tough. He’ll brawl. In this camp, we’ve seen a lot more of his boxing skills. There’s definitely a wisdom about it.”

“We are very excited about Facebook live streaming this. It’s great for the sport. You’ll have people watching this worldwide. Seanie has a tremendous following in Ireland.”

Family and friends of two-time New York Golden Gloves champion and rising prospect Ismael Villarreal finally get a chance to see and support their favorite fighter in a bout close to home. The 21-year-old Bronx native’s next fight takes place in Brooklyn at The Aviator. Villarreal (3-0) will face Travis Nero (1-3, 1 KO) of Norman, Oklahoma.

In addition to training for his next fight, Villarreal is finishing his final semester at Bronx Community College before transferring to a New York area university to earn his bachelor’s degree with the goal of becoming a high school physical education teacher.

Villarreal says he now finds himself in the position of a role model to younger kids at his gym, exactly what he hopes to do as a teacher. “I wasn’t thinking about the youngest kids looking up to me as a role model,” said Villarreal. “It feels good, I can use my platform to motivate those kids in whatever they want to do. I tell them, ‘you can be better than me – aim higher!’

“Being a physical education teacher (in the future), now I feel like I can talk to the older kids on the verge of becoming adults. I know a lot of kids in high school who are struggling. They don’t know who they are, or what they want to be. I was in public high school, I know what it’s like,” said Villarreal.

Villarreal says he is learning plenty of his own lessons as his career progresses, and is happy to take his time. “I’m gaining experience from different fights. I’m in no rush right now.” Villarreal says it helps to avoid technology and social media where young boxers can feel peer pressure.

“People try to influence you to do this and fight this person when you’re not ready. Even if you believe in yourself, there’s always the right place and time to get in the ring. You don’t want to look like a punk. But I ignore that, because that’s what’s best for me,” he explained.

Villarreal looks forward to his fight in Brooklyn, which will allow his family and friends to come see him. “It’s always good to be home. I can have people come and support me. And some of my peers at school, and especially my teachers from high school. They always come to support me.”

Villarreal says he received many congratulations from his teacher fans after his last victory in August in Atlantic City, who were following from home in the Bronx. “They knew I won before I even told them. They texted me congratulations, and I said ‘How did you know!'”

« Regis Prograis vs. Terry Flanagan this Sat. on DAZN