Wilder-Fury undercard: Santa Cruz vs. Russell and Davis vs. Mares on Dec.1st 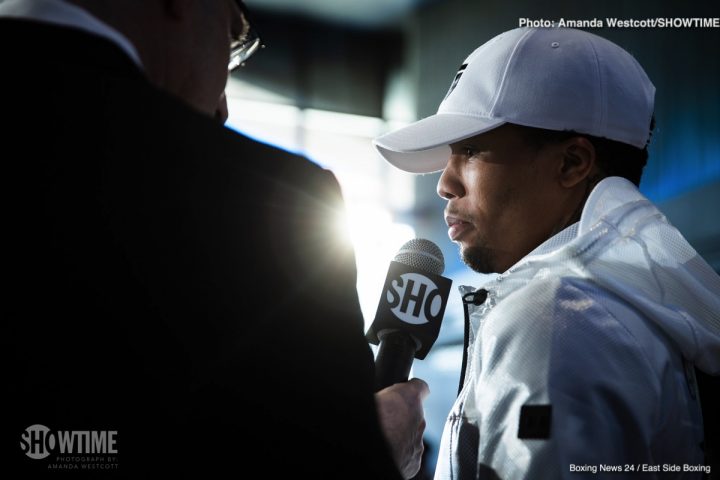 By Jim Dower: A dream undercard being talked about for the December 1st Deontay Wilder vs. Tyson Fury card is Leo Santa Cruz vs. Gary Russell Jr. and Abner Mares vs. Gervonta Davis, according to Lance Pugmire of the LA Times.

None of this is official yet, but it gives the boxing fans something to hope for. This would be a Showtime PPV card likely to take place at the Staples Center in Los Angeles, California. This is definitely a dream card.

Just told that the “dream” bouts under @BronzeBomber and Fury @STAPLESCenter would be a @leosantacruz2 Gary Russell Jr. featherweight unification and an @abnermares @Gervontaa title fight. That’d be an epic PPV…

These are both good match-ups unlike the typical PPV undercard which is filled with mismatches from top to bottom.

This would be an excellent undercard if it happens, and it would make his a sure fire pay-per-view worthy card. Without these undercard fights, it might be a tough sell to have Wilder facing Fury on PPV in the States, because American casual boxing fans aren’t familiar with the 6’9” Fury, who comes from the UK, and his fights haven’t been shown in the States.

News:
Fury vs. Wilder - One Punch That Changed it all

Mares, 31, fighting a young lion like the 23-year-old Gervonta might be a tough ask at his point in his career. Mares was once an outstanding fighter, but he’s lost two out of his last four fights, and he’s coming off of a 12 round unanimous decision loss to Santa Cruz last June in their rematch. Mares’ other loss in the last three years was against Santa Cruz in 2015. It’s going to be hard fight for Mares to deal with Davis. You never know though. Mares might have enough boxing skills to find a way to neutralize the punching power, speed and youth of Davis. The way Davis destroyed Jesus Cuellar in three rounds in his last fight in April, it’s going to be tough on Mares. Cuellar made it through 12 rounds against Mares in a losing effort. Mares dominated the fight in beating Cuellar, but he didn’t do it in the same way that Davis did in destroying the Argentinian in three rounds. Davis is huge after he rehydrates. The size alone is going to be a nightmare for Mares to handle.