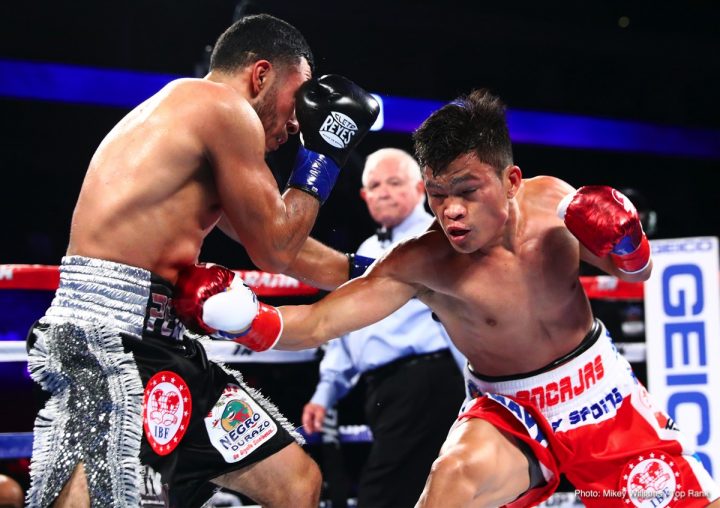 By Jim Dower: In a non-title defense, IBF super middleweight champion champion Jose Uzcategui (28-2, 23 KOs) put in a workmanlike performance in defeating journeyman Ezequiel Maderna (26-5, 16 KOs) by a one-sided 10 round unanimous decision on Top Rank Boxing on ESPN at the Oracle Arena in Oakland, California.

It was a total domination for the Venezuelan fighter. It was so one-sided that it was boring o watch much of the time, because the Argentinian Maderna was just soaking up shots and not offering much back in return. Maderna looked like he was afraid to throw anything back for fear of getting countered by the faster, stronger and better skilled 27-year-old Uzcategui.

The fight looked like Uzcategui was just trying to get in rounds for practice rather than going after Maderna in a serious way to get him out of there. Artur Beterbiev knocked Maderna out in four rounds in 2016. Of course, Beterbiev is a light heavyweight, and a two-time Russian Olympian with huge punching power.

Uzcategui doesn’t have the same kind of size and punching power as Beterbiev, so it’s not surprising that he wasn’t able to knockout Maderna. There was no sense of urgency for Uzcategui due to Maderna not throwing punch back at him in return. Maderna seemed like he just wanted to survive the full 10 round distance, so Uzcategui didn’t go after him the way that he otherwise would.

”I just played around and got some rounds,” Uzcategui said afterwards in admitting that he was just messing around in the ring against a badly over-matched opponent. ”Now that I didn’t get the knockout, maybe the other champions will have the guts to fight me.”

I wouldn’t hold my breath waiting for the other champions to fight Uzcategui if I was him. He’s more trouble than he’s worth. The other super middleweight champions seem to only want to milk their titles against soft opposition. The guys they want to fight in risky matches are fighters that would provide them a big payday like middleweights Saul Canelo Alvarez and Gennady Golovkin. James DeGale, a guy on the downside of his career, is in demand.

Ancajas felt that he deserved the victory, but unfortunately he’s not a judge. The judges and he boxing fans saw Ancajas only doing well enough to get a draw.

”My timing was a little off,” Ancajas said. ”He was a little awkward. I felt like I pressed the fight and did enough to win.”

Santiago felt the same way in believing that he deserved the victory. Of the two, Santiago looked like he did enough to rate a victory, but he was the challenger, so it wasn’t unexpected that he failed to get the victory.

Ancajas didn’t say anything after the fight whether he would give Santiago a rematch. Ancajas might be better off going in a different direction for his next fight, because Santiago is a bad option for him. Ancajas wants a unification fight against World Boxing Council 115 pound champion Srisaket Sor Rungvisai. That’s a bad idea for Ancajas. The way he looked tonight, he would be beaten soundly by Rungvisai. WBA champion Khalid Yafai would be a problem for Ancajas as well, and so would Donnie Nietes.

”I still want all the champions at 115,” Ancajas said. ”Nothing has changed.”

Ancajas needs a little more experience before he goes after the other champions in the super flyweight division. It would be better for the hard hitting Filipino knockout artist to get some more experience before he mixes it up with the likes of Rungvisai, Yafai or Nietes. Right now, someone like Roman ‘Chocolatito’ Gonzalez and Juan Francisco Estrada would likely be too much for Ancajas. With HBO no longer televising boxing after 2018, the SuperFly fighters are going to be an option for Ancajas to fight on ESPN. It’ll be up to Top Rank to see if they’re willing to let Ancajas fight the top super flyweights are not. After tonight, it might be a good idea for Ancajas to fight any of the upper echelon 115 pound fighters, because he doesn’t look ready. 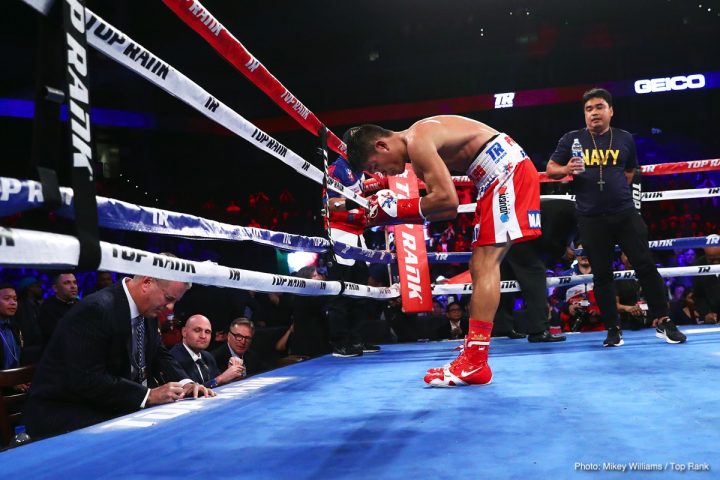 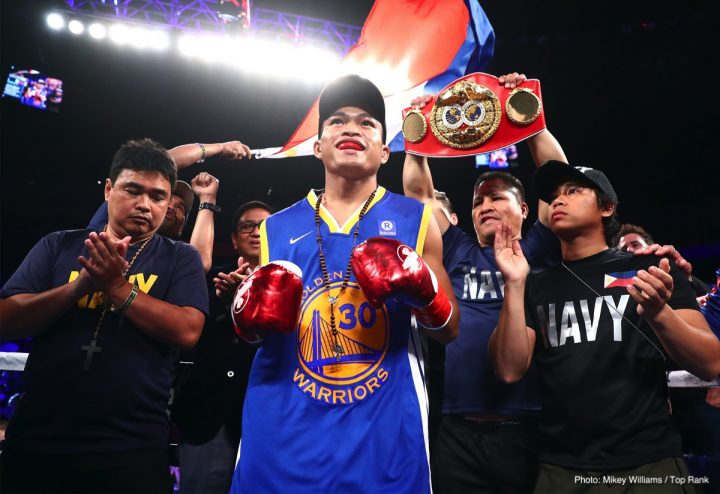 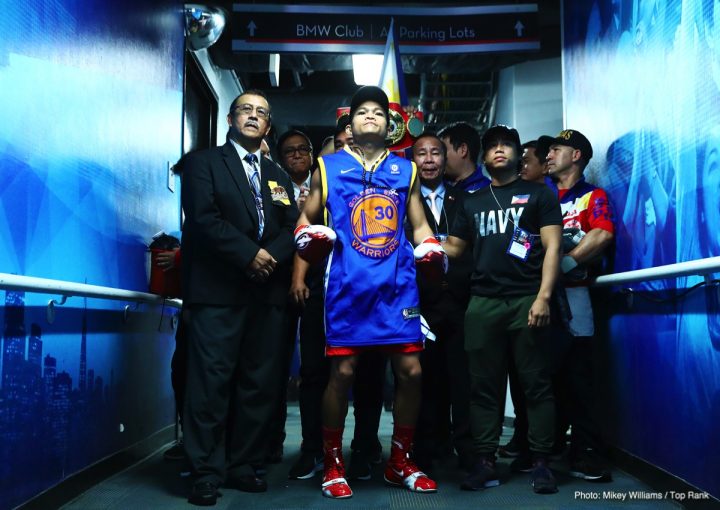 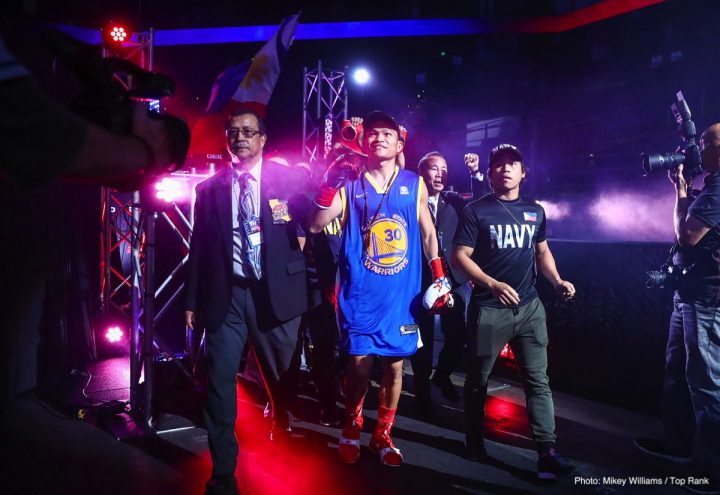 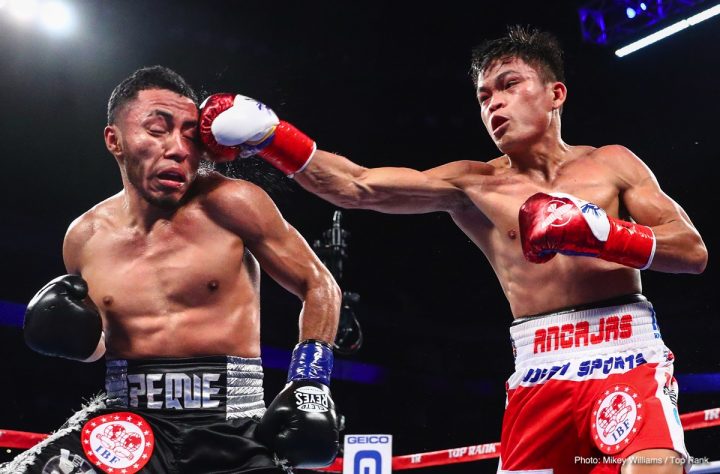 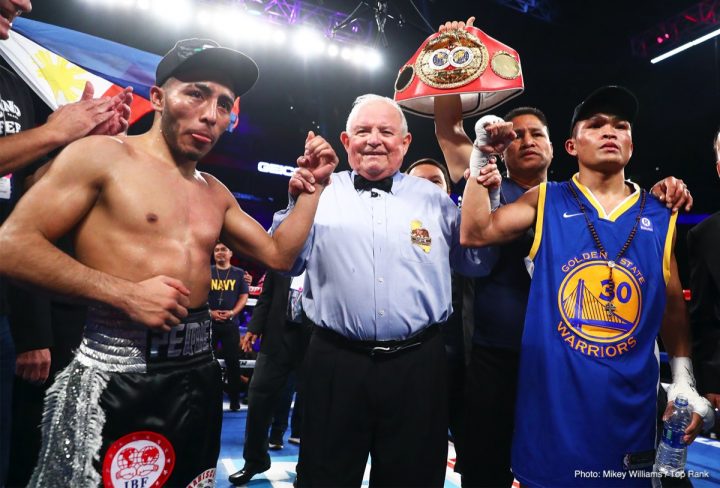 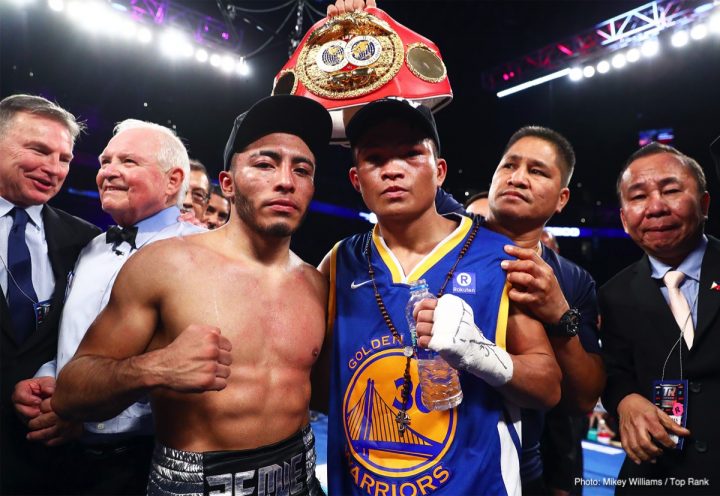