Samuel Vargas: I just have to land one punch on Amir Khan 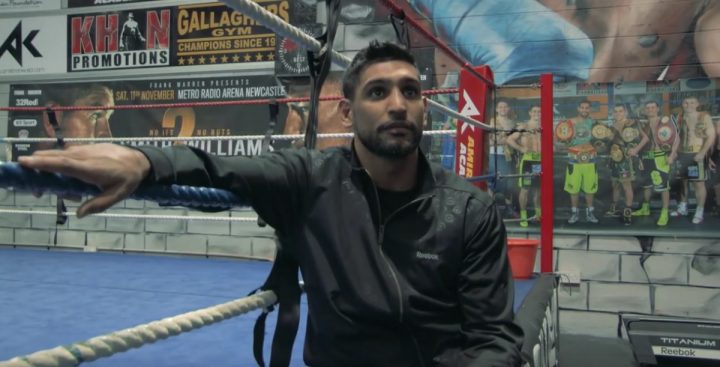 By Tim Royner: Samuel Vargas sees his job of beating Amir Khan boiling down to him only needing to land one big shot on his vulnerable chin tonight in their 12 round fight on Sky Sports at the Arena Birmingham, in Birmingham, England. Vargas sees Khan as old timer, who is well past his prime now that he’s in his 30s and no longer among the top guys in the 147 pound division.

Vargas (29-3-2, 14 KOs) is a huge underdog in the fight, but he doesn’t care. Vargas knows that he only needs one good shot to layout the 32-year-old Khan, who he views as an over-the-hill fighter who has seen better days in his career. Khan says he’s only now hitting his prime.

Vargas doesn’t agree with that opinion. He views Khan as no longer the fighter that he once was many years ago. Surely, Khan’s lack of wins over top level fighters in the last six years suggests that he’s past it.

“I just have to land one punch,” Vargas said to the telegraph.co.uk. “Everyone knows he’s chinny. Everyone always brings up his speed and his accomplishments, that’s all in the past. He’s an old man now, he’s at the end of his career. I’m capable of taking him out.”

You have to agree with Vargas, 29, that Khan has a problem taking head shots. He’s had that problem for many years dating back to his 1st round knockout loss to lightweight Breidis Prescott in September 2008. Khan has only lost three fights in the last 10 years, but those losses has coincided with him stepping it up against better opposition. When Khan has been playing it safe in fighting poor opposition, he’s done well in the last decade. But when he’s tried to step it up against better fighters, hes wound up losing. Khan’s losses have come against Lamont Peterson, Danny Garcia and Saul Canelo Alvarez.

Khan’s wins have come against these fighters in the last 10 years:

Khan hasn’t faced the top dogs at 147 and he failed to fight some of the top 140 pound guys before making his move to the welterweight division in 2013.

”The way he fights, the fast hands and guaranteed excitement we have all seen, are still there, and so is that fragility,” said former super middleweight champion Carl Froch to skysports.com. ”We have all seen that, too. I will be surprised if Vargas does that on Saturday night, but we can never be certain with Khan.”

It would be a surprise if Vargas gets the win, as Froch says, but he’s not certain what to expect from Khan tonight. Khan’s fragile chin makes him someone that you can’t count on to get him through a fight when he’s facing someone with a moderate amount of punching power. Khan’s last fight was a guaranteed victory over the glacially slow Phil Lo Greco due to him facing a guy with no hand speed to speak of. There was no way that Lo Greco was going to win that fight being as slow as he is.

Boxing » Amir Khan » Samuel Vargas: I just have to land one punch on Amir Khan