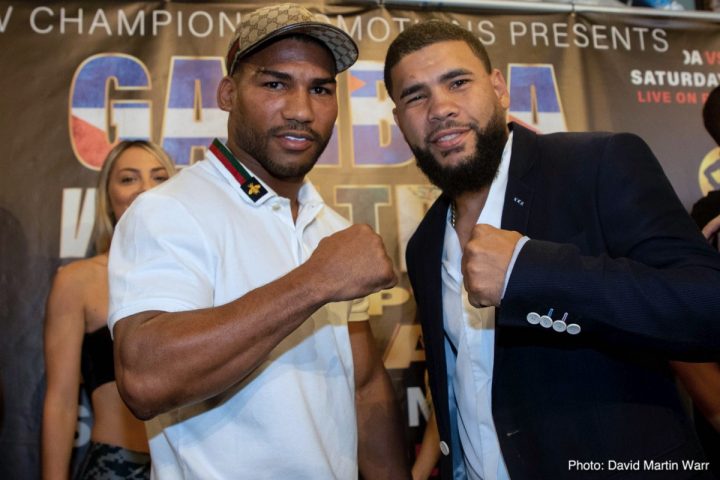 JUANMA LOPEZ
Thank you again for coming and I am happy to be on the big stage again, one that I have been used to being on. This is a pay per view event and that merits a lot of attention. With the help of my management team including Mr. Pepiama who has taken the spot of my promoter and has helped me very much and become almost a father figure to me. I thank New Champion Promotions for giving me this opportunity and I look forward to it. Obviously most important to me personally is to win this fight and potentially set up the next fight against Yuriorkis Gamboa, which has been a fight that has kind of eluded both of us but as long as I take care of business and he takes care of business there is no reason for that not to happen for the next fight. On the other hand he is talking about fighting Lomachenko. If he wins this fight and skips me and wants to keep running, let him run, but hopefully he does not run. This fight was done with the idea and the plan that we both get featured on a card and we fight and win and fight each other but now he’s talking a different language – fighting Lomachenko – so maybe he is having second thoughts. It’s a fight that the public wants but it is all up to him. Hopefully he sticks to the plan.

GAMBOA
I would like to thank everyone that is here supporting this event. This is something that has been a long time coming. It is something that I have promised to my fans in Miami, which is the city that has really embraced me when I first got here from Cuba. I would like to thank Jesse Rodriguez for believing in me and not only me but believing in Miami to make this a reality. There have been a lot of things that have happened in my career and my career is far from over. I am here to be the best, which is what I have always felt I am. With the right people around me I am looking forward to having a great fight on November 10th and not only a great fight, but a great event in and of itself.

The comment that JuanMa had made earlier that I may be running or I may be ducking – that is false. He knows he is contractually obligated to New Champions for two fights – the second fight would be, if we both win, a fight between me and him. The fact that my goal is to fight Lomachenko or someone else in the division does no mean that I am trying to duck him. By all means I know my obligation and I know his obligation. My obligations right now it to win on November 10. After winning November 10, I want JuanMa.

Very important to note is that the effort that New Champion Promotions is making in not only hosting the event but making the commitment to the city to bring this caliber of an event to Miami and South Florida. Both he and I and the company itself hope to continue to host thee type of events not only in the near future but long term as well.

With respect to my fight in and of itself I would like to welcome the city of Miami, not just my fans, to come and embrace this event on November 10 – it’s going to be a great event. In respect to the comments made by my opponent on November 10, Mr. Beltran, I understand the challenge that he poses but I don’t see him as too much of an obstacle towards the goals that I have set for myself – in the near future is JuanMa and then after JuanMa, going up against Lomachenko. Those are my objectives and I want to share this ride with Miami and that’s what I am doing coming into this new arrangement with New Champion Promotions and making it a must to do the PPV here in Miami because I know the people of Miami are going to support it.

“Redemption in Miami” is promoted by New Champions Promotions in association with Marlins Park. Ticket prices start at $60 and will go on sale Wednesday, September 26 at 10:00 am ET and be available at the Marlins Park ticket office and on line at www.marlins.com/boxing. Fight night doors will open at 6:00 pm and first bout will begin at 7:00 pm.

“I’ve been dreaming all of my life about bringing boxing to my people in Miami,” said Gamboa. “JuanMa and I went to a Marlins game last year and we fell in love with the atmosphere and talked about fighting here. Now it is reality.”

Gamboa (23-0, 16 KOs), from Guantanamo, Cuba now living in Miami, Fla., won Gold as a Cuban in the 2004 Olympic games and is a former featherweight world champion; former super featherweight world champion; former lightweight world champion and former unified world champion. Gamboa defected and made his professional debut in 2007, and two years and fourteen fights later, on April 17, 2009, became world champion, winning the World Boxing Association (WBA) interim featherweight title. After three successful defenses, Gamboa beat International Boxing Federation (IBF) featherweight champion Orlando Salido to become Unified Champion. Three fights later Gamboa moved up in weight and won the interim WBA super featherweight title and immediately moved up another weight class and won the interim WBA lightweight title, setting up a unification mega-fight against fellow undefeated Terrence Crawford. Gamboa rocked Crawford early in the fight in what has been considered Crawford’s toughest fight to date but eventually succumbed. Gamboa took his last bout on three weeks notice against former WBA Super Featherweight Champion Jason Sosa on November 25 at Madison Square Garden. Gamboa won a majority decision and told Sosa after the fight “I’m sorry i didn’t give you a better match, I only had 3 weeks to prepare. I needed 2 or 3 more weeks to lose the weight correctly. Of course the decision was good though.”

Miguel Beltran, Jr. (32-6, 21 KOs) hails from Los Mochis, Mexico, a boxing hotbed that has produced no less than five world champions. Miguel won twenty-six of his first twenty-seven fights leading to his first world title fight, on December 10, 2011, in his hometown Los Mochis, against International Boxing Federation (IBF) Super Featherweight Champion Juan Carlos Selgado. In the second round following an accidental head butt, the fight was stopped at the recommendation of the ringside doctor, was ruled a No Contest and Selgado retained the title. Beltran Jr. won his next fight, then was rewarded with another world title challenge, this time for the vacant World Boxing Organization (WBO) super featherweight title against Roman Martinez at the Thomas & Mack Center on the undercard of Julio Cesar Chavez Jr. vs. Sergio Martinez. It was a classic Mexico vs. Puerto Rico battle, they fought on the inside and fought on the outside and at the end, Martinez won the title by split decision. Since then Miguel has stopped four of his last nine opponents.

Puerto Rico’s “JuanMa” Lopez (35-6, 32KOs) from Caguas Puerto Rico, was his country’s Olympic representative in 2004. He made his professional debut in 2005 and in his twenty-second bout won the WBO super bantamweight title against Ponce De Leon by TKO on June 7, 2007 and made five successful defenses. He then moved up to featherweight and won the WBO featherweight title on January 23, 2010 against Steve Levueno. He successfully defended that belt twice. JuanMa was also named the Puerto Rican Fighter of the Year in both 2008 and ’09.

Cristian “Piedrita” Mino (19-2, 12 KOs) from Tigre, Buenos Aires, Argentina made his professional debut on December 19, 2014 and fought an incredible number of bouts, ten in his first calendar year, sinning all but one by knockout. He followed that up with nine more bouts in his second year – winning all by knockout.

The pay per view show will include four bouts in all.

Integrated Sports Media will distribute “Redemption in Miami” in the USA on cable, satellite and digital pay-per-view via iN Demand, Vubiquity, DIRECTV and DISH; and live-streamed worldwide on the FITE.TV app and website www.fite.tv, each way for a suggested retail price of only $24.95. 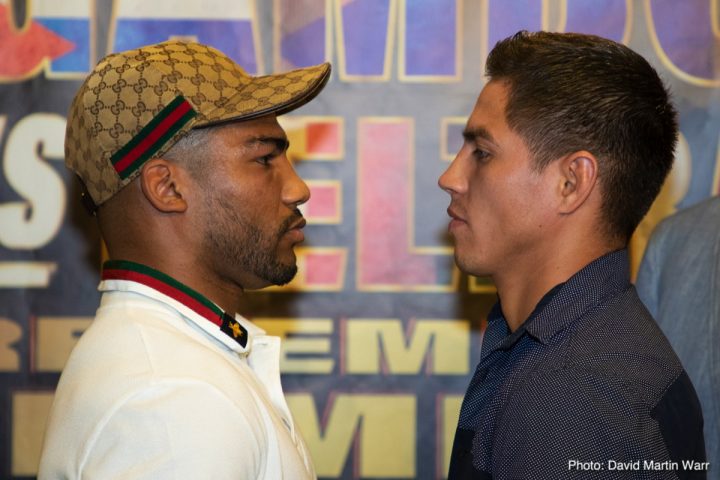 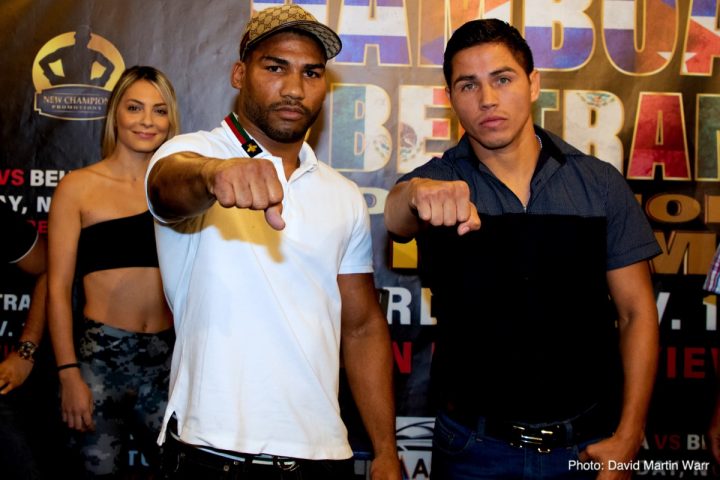 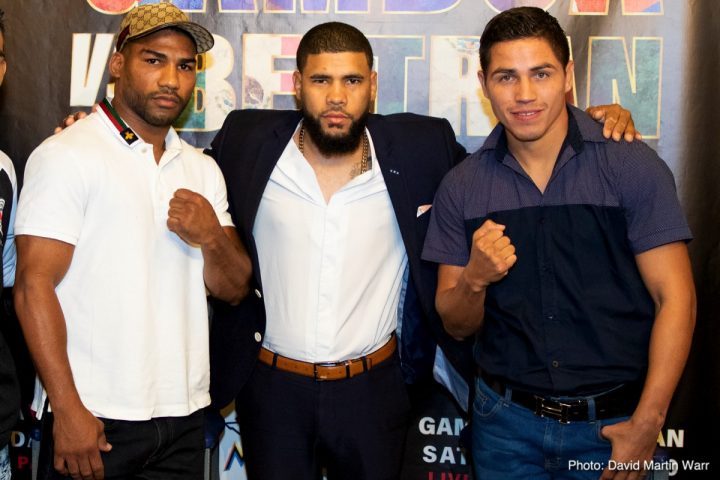 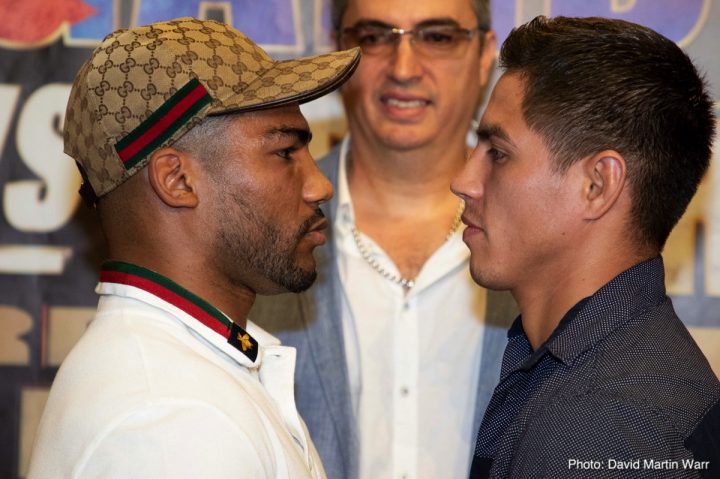 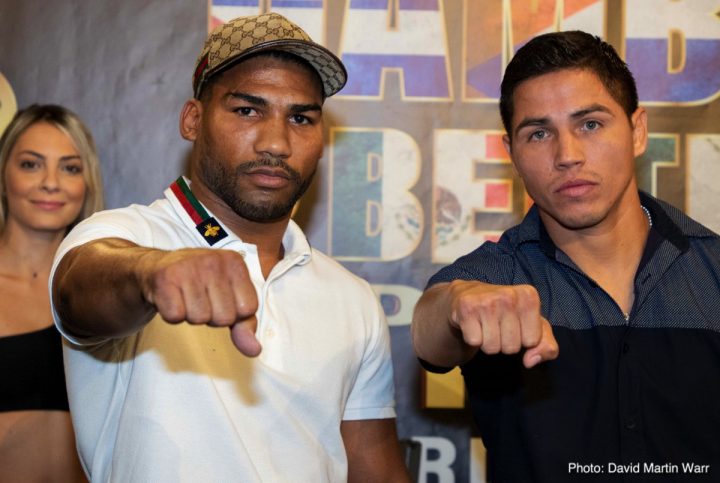 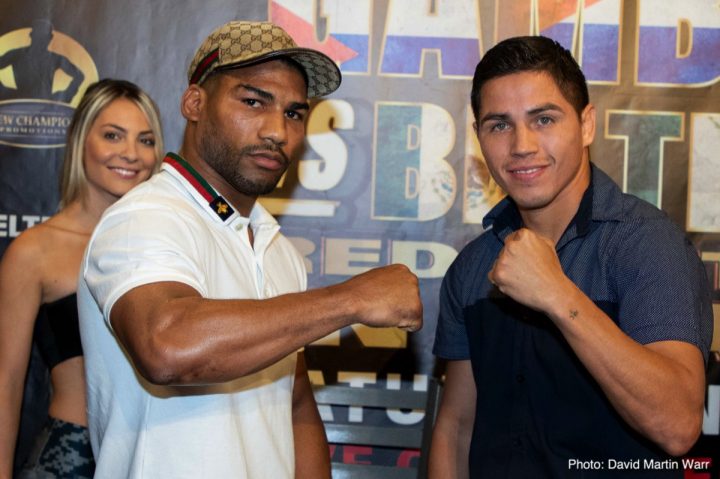 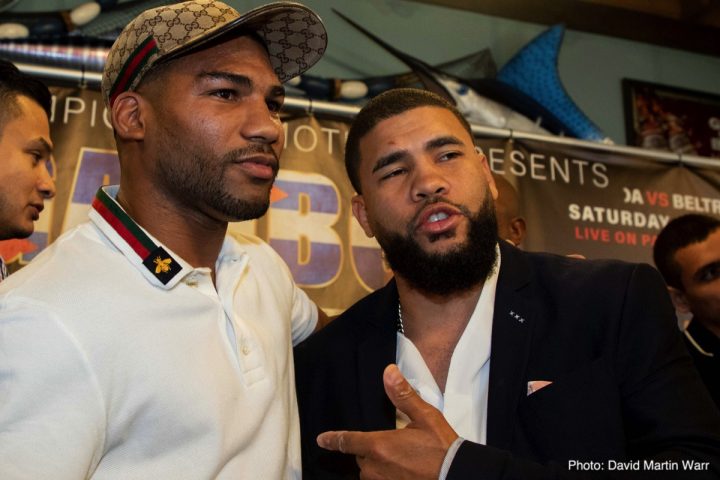 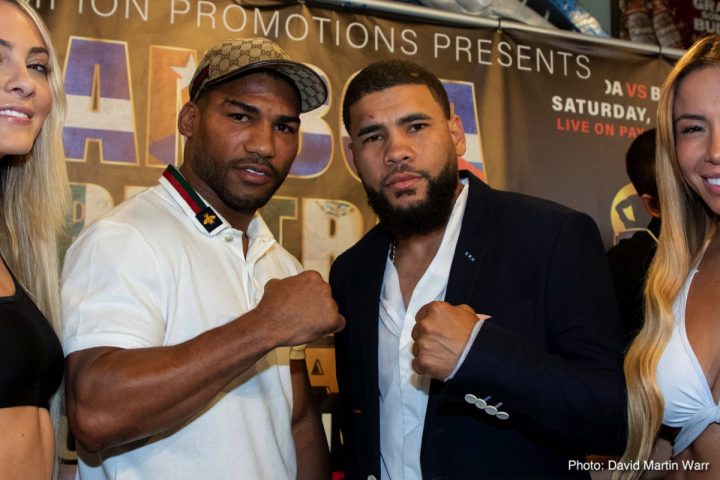