George Groves: “This will be the pinnacle of my career” 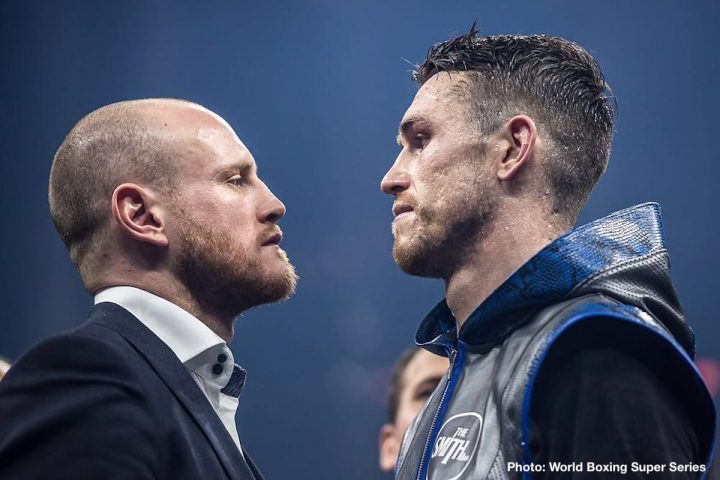 “We are supremely confident,” says Groves in the Pre Fight Documentary.

“We are not underestimating him the slightest, but I believe I’ve seen enough of him to put together a winning formula.”

George Groves tells that taking home the Muhammad Ali Trophy in the inaugural season will eclipse everything he has achieved in his impressive career.

“This tournament, even a year on, has captured the public’s imagination. Everyone has got behind it, everyone is enjoying it, ” says Groves.

“It’s the first of it’s kind and will it grow to something way beyond what is now. Winning it will be the pinnacle of my career.”

The opponent, Callum Smith, is living the dream these days. The WBC Diamond belt holder has his first shot at a World title after being in mandatory positions over the last few years.

“Since the day I turned professional I’ve been dreaming about becoming world champion and I finally got that fight now,” says Smith.

“I’m excited, I’m enjoying coming to the gym, enjoying the sessions, it’s everything I ever wanted since turning pro. I know I will deliver. There is no bigger time to deliver than in the World Boxing Super Series Final against George Groves.”

On the line in Jeddah: The Muhammad Ali Trophy, the WBA Super World Championship, The WBC Diamond belt and the Ring Magazine belt. Only Joe Calzaghe and Andre Ward have ever held The Ring title at 168 lb.

Boxing fans with Visa for Saudi Arabia or situated in the country can buy tickets via sauditickets.sa/en

Groves thinks Callum Smith lacks the experience to beat him »