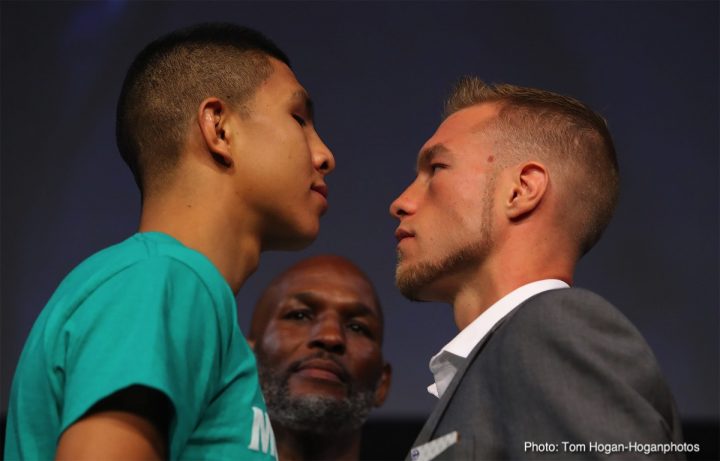 The undercard of the spectacular Canelo vs. GGG 2 card hosted a press conference featuring Mexican star Jaime Munguia (30-0, 25 KOs), who will make the second defense of his WBO Junior Middleweight World Title against rugged Canadian contender Brandon “Bad Boy” Cook (20-1, 13 KOs) in a 12-round battle. Former IBF Middleweight World Champion David Lemieux (39-4, 33 KOs) of Montreal, Canada and Irish warrior Gary “Spike” O’Sullivan (28-2, 20 KOs) of Cork, Ireland will go head-to-head in a 12-round middleweight battle that has Fight of the Year candidate written all over it. Former pound-for-pound king and former four-division world champion Roman “Chocolatito” Gonzalez (46-2, 38 KOs) of Managua, Nicaragua will make his highly anticipated return against experienced Mexican warrior Moises “Moi” Fuentes (25-5-1, 14 KOs) in a 10-round super flyweight battle that will open the HBO Pay-Per-View telecast.

Below is what the fighters had to say at today’s press conference:

JAIME MUNGUIA, WBO JUNIOR MIDDLEWEIGHT CHAMPION
“I am very happy to be here. I would like to thank my promoter, Fernando Beltran and Golden Boy. I am very happy to be here again and be a part of this tremendous card. I would like to tell you that I have an excellent opponent in front of me. He is a very good fighter. This is also my best preparation so far. I have corrected a lot of my mistakes and I am here to bring a great fight. Without anything else to say, I would like to thank you all and the media. I promise you a great fight, and I promise to leave the ring very warm for Canelo and GGG.”

BRANDON COOK, JUNIOR MIDDLEWEIGHT CONTENDER:
“Thanks again. This is the biggest shot of my life. Munguia is the next up and coming star and I’m here to win. I’ve trained really hard. I’ve had 5 weeks to prepare. I want to thank Golden Boy for giving me this shot. I want to thank my whole team. I’m coming to fight. Make sure you buy that pay-per-view. This is the best place for boxing. I’m really going to enjoy this.

DAVID LEMIEUX, FORMER MIDDELWEIGHT CHAMPION:
“Vegas, we’re back. The biggest fight of the year is here. The talk is done. Nlw it’s time to walk the walk. His chin is going to be very warmed up for the fight – he’s gonna need it. He’s not going to stay in front of me, I’m ready for 12 rounds. If he passes 8 rounds, respect to him. He’s just scared, that’s why he talks to much. This Saturday he is going to get knocked out.”

ROMAN GONZALEZ, Former Four-Division World Champion:
“I would like to thank everyone that has been supporting me. I thank God for the opportunity. I’m very happy to be fighting a great champion, I’m ready to give a great fight. I feel very happy to be on this great card. I wish everyone a good day.”

MOISES FUENTES, Super Flyweight Contender:
“Thank you all for this opportunity. I’m willing to die in the ring as long as I win. I’m going to walk away world champion on Saturday.” 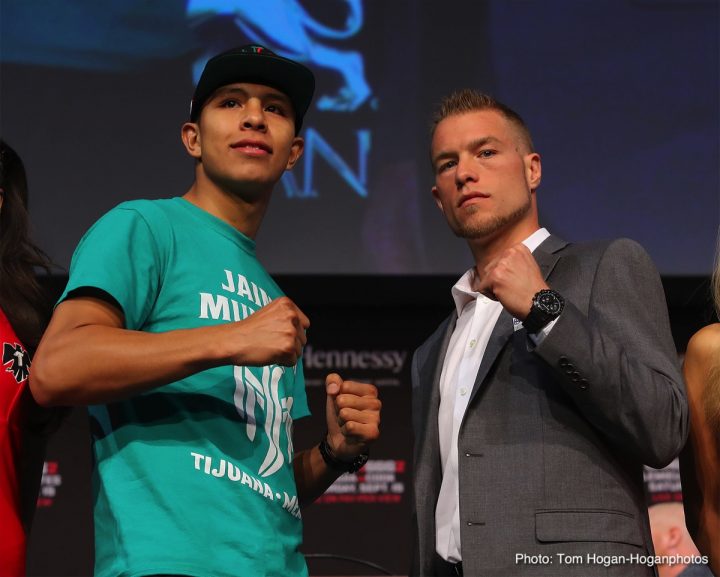 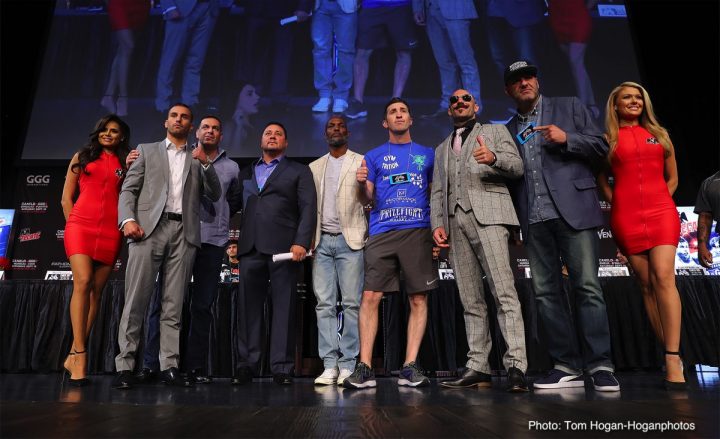 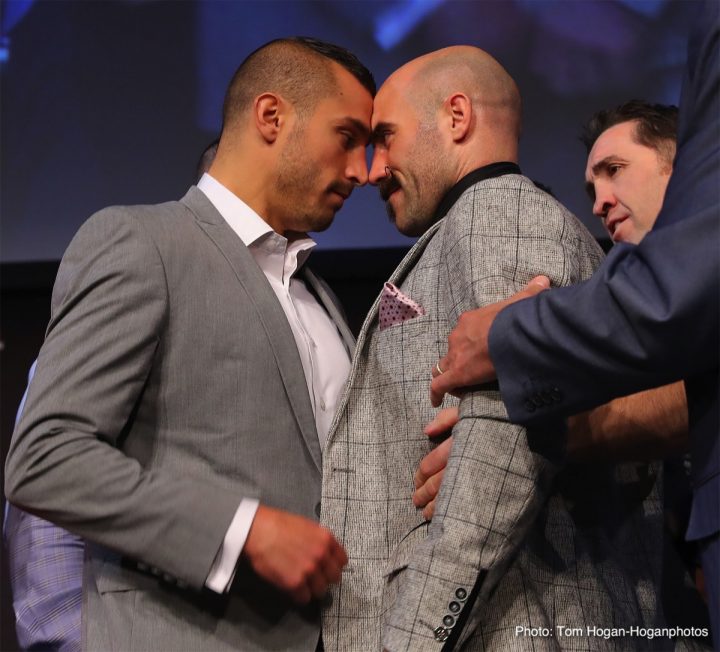 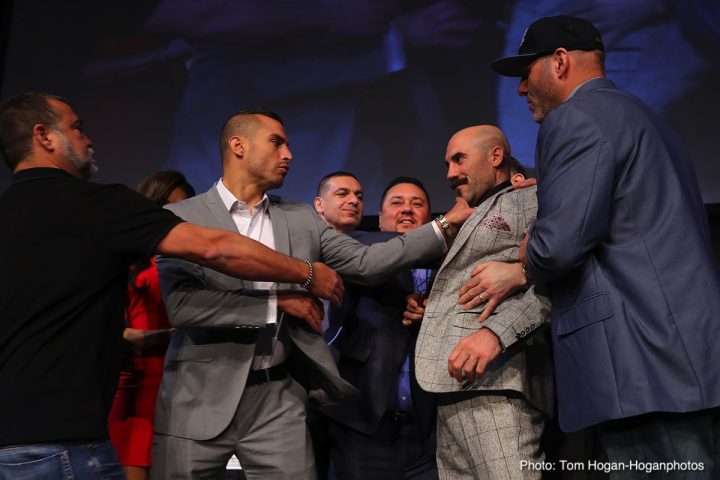 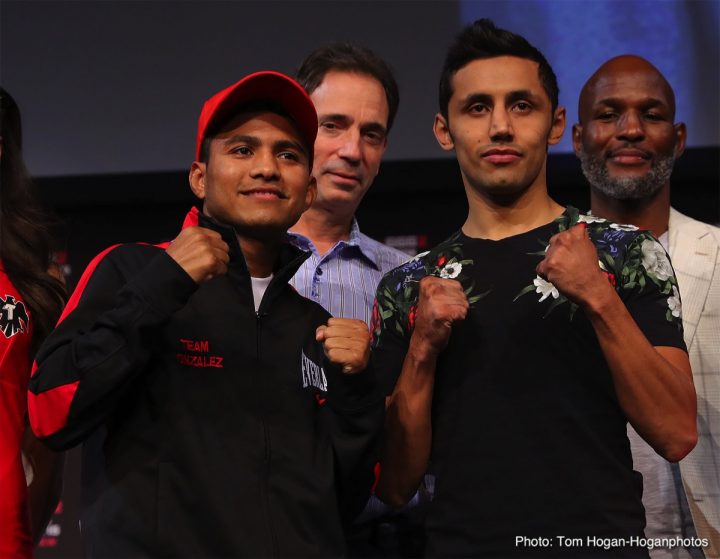 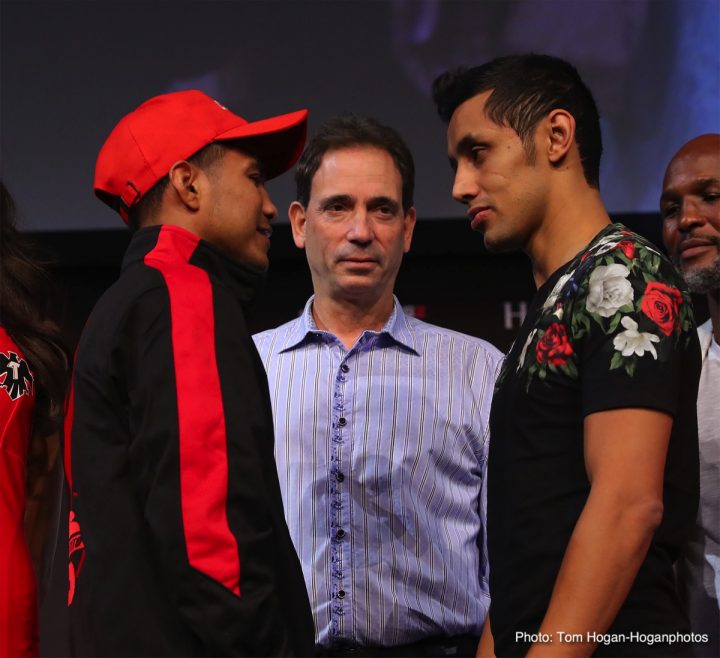 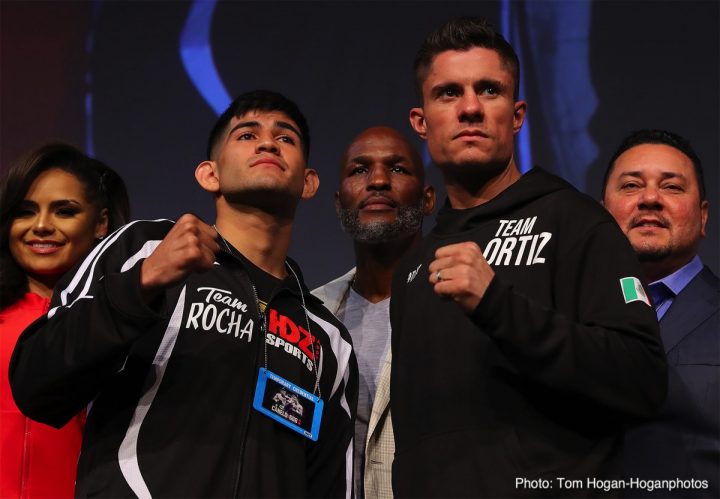 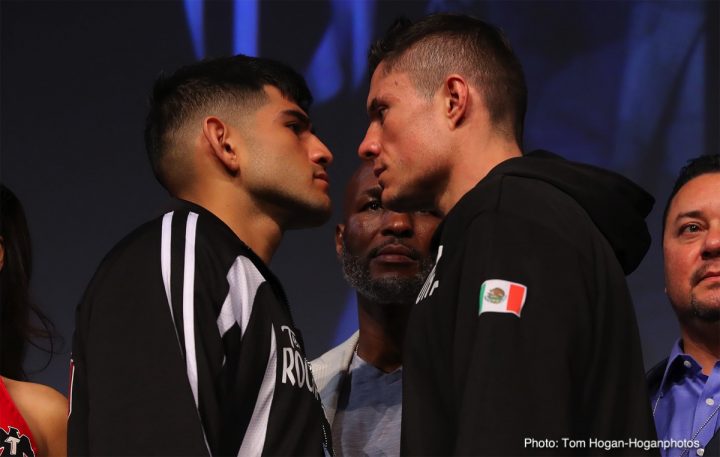 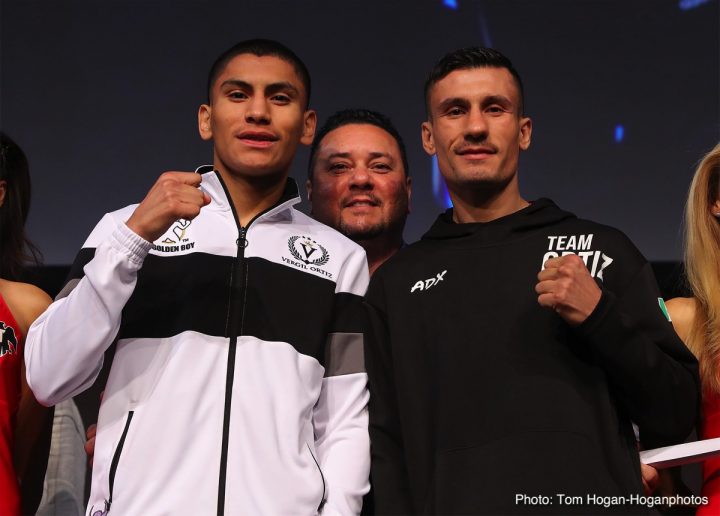 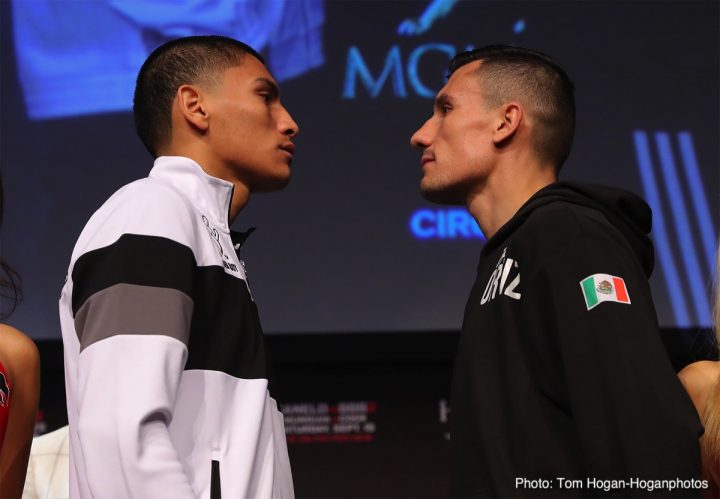 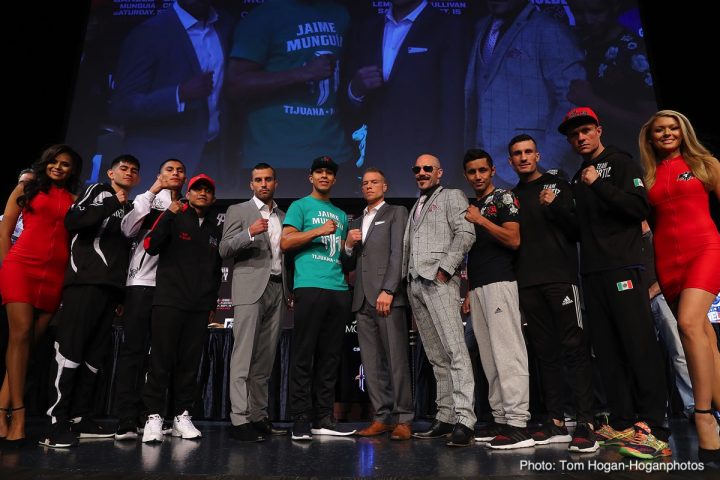