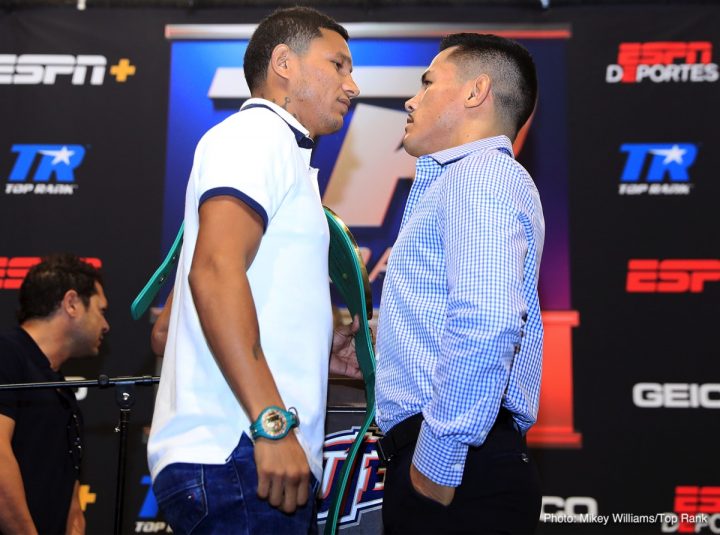 WBC super featherweight world champion Miguel ‘El Alacrán” Berchelt and Miguel “Mickey” Roman went face-to-face on the arena floor of the Don Haskins Center, site of their Nov. 3 showdown that will, once and for all, settle this simmering grudge match.

Roman and Berchelt met the media on Monday in El Paso, the middle stop of a three-city press swing that, if anything, has stoked the rivalry between the two. Here is what they had to say 47 days away from one of the year’s most anticipated fights.

“I am very happy to be here. It’s my second time on ESPN. I am training very hard in Hermosillo, Sonora, Mexico. When there are two Mexicans in the ring, the show is guaranteed to be great. This won’t be the exception.”

“Roman and I have wanted this fight for a very, very long time. He asked for this opportunity, and I am happy to give it to him. This is going to be a great fight, but I know it will end with my hands raised. I am young and hungry. It doesn’t matter that we’re fighting in his backyard. El Paso and Juarez are going to be my towns when it’s over.”

“I would like you to know I’m very happy. I feel great fighting for this belt against Miguel Berchelt. This is something that we’ve been waiting for. Now, it’s happening. I live near the border, and fighting here is like I’m fighting in my house. The people from El Paso, Juarez, and Las Cruces {New Mexico} always support me. On Nov. 3, my people are going to come and support me.”

“I’m fighting a great champion in Miguel Berchelt. He’s very strong and I respect him a lot. I gotta do what I gotta do. I gotta do my job. My experience, strength, and hunger to win this title will take me to victory.”

“He’s talking all of this stuff, that he’s going to take my head off and things like that. El Paso is my town. If he thinks he’s going to come in here and be talking like that, he’s got another thing coming.”

Berchelt-Roman and a soon-to-be announced co-feature will stream live in the United States beginning at 9:30 p.m. ET on ESPN+ — the new multi-sport, direct-to-consumer subscription streaming service from The Walt Disney Company’s Direct-to-Consumer & International segment in conjunction with ESPN. The entire undercard will stream live on ESPN+ beginning at 6 p.m. ET.

Promoted by Top Rank, in association with Zanfer Promotions and Promociones del Pueblo, tickets go on sale Friday, Sept. 21 at 10 a.m. MDT. Priced at $250, $150, $75, $45, and $35, tickets can be purchased online at Ticketmaster.com, all Ticketmaster outlets, and in person at the UTEP Ticket Center.

Use the hashtag #BercheltRoman to join the conversation on social media. 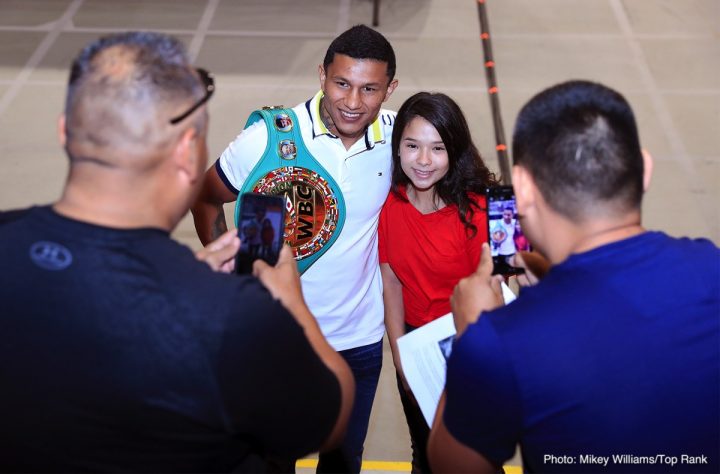 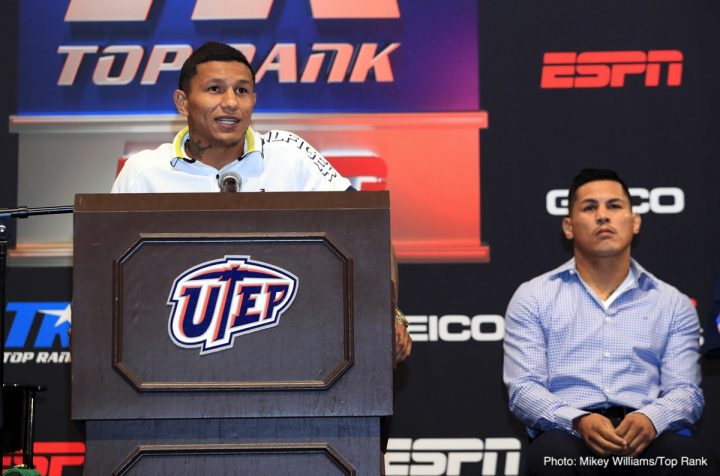 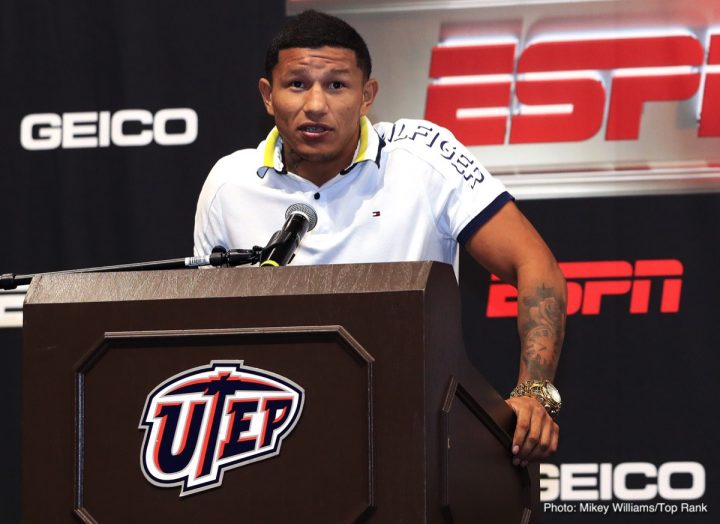 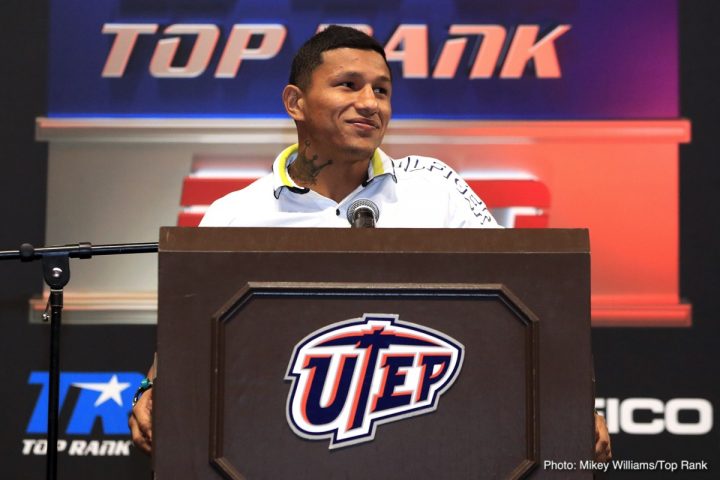 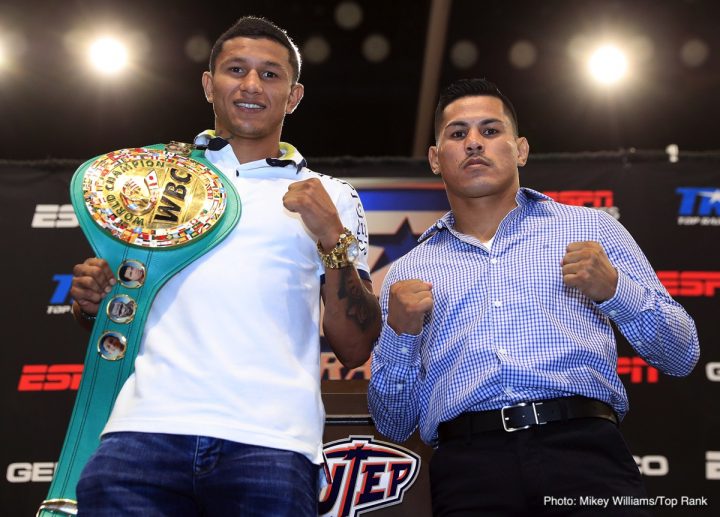 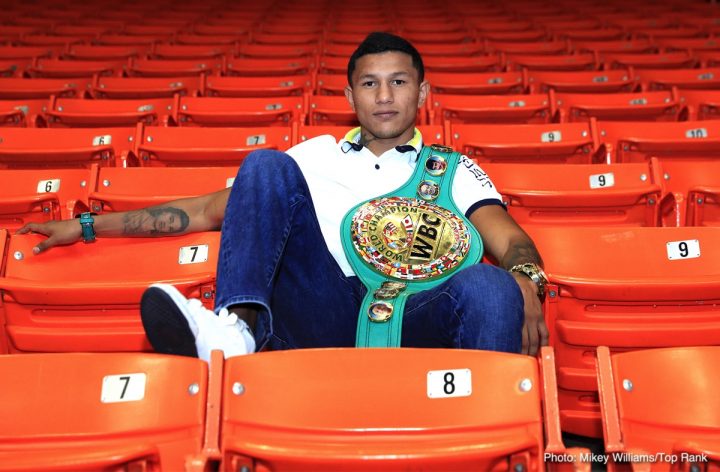 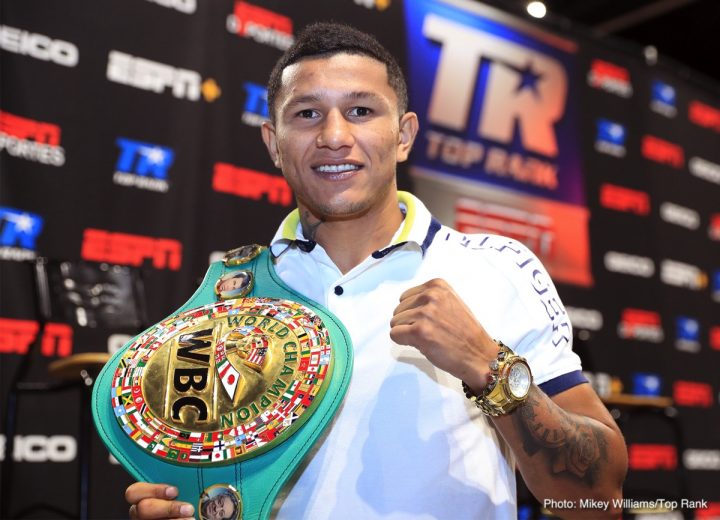 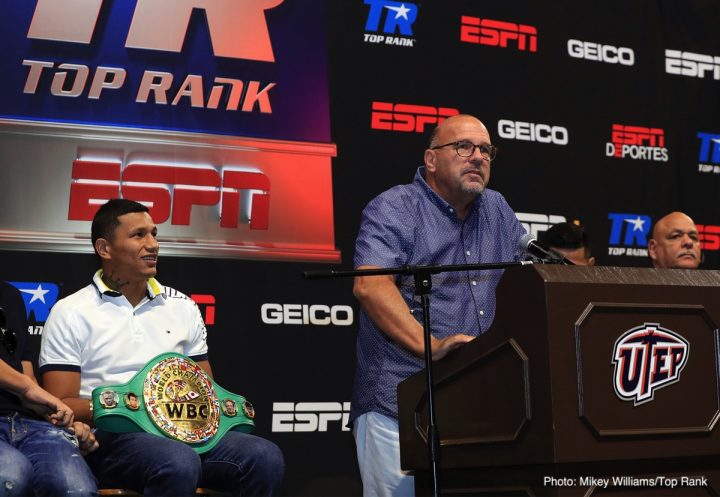 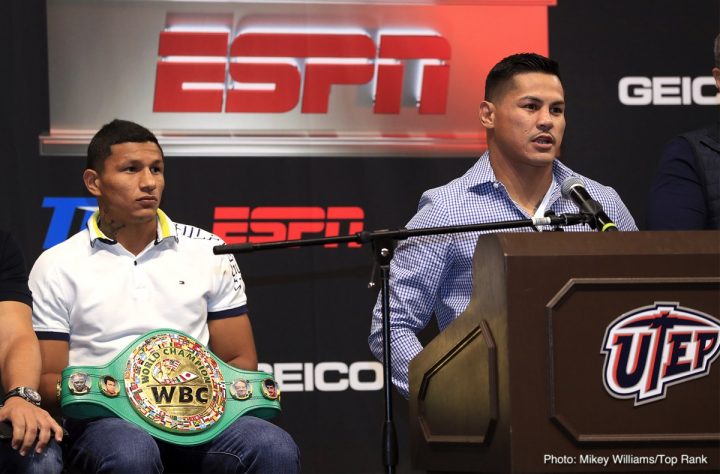 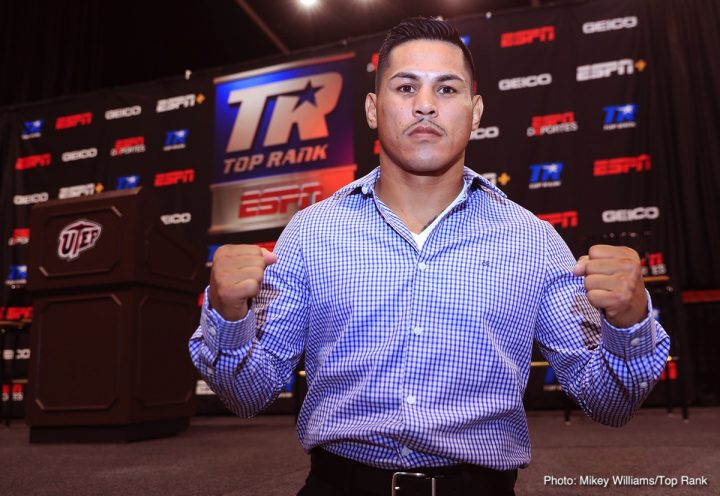