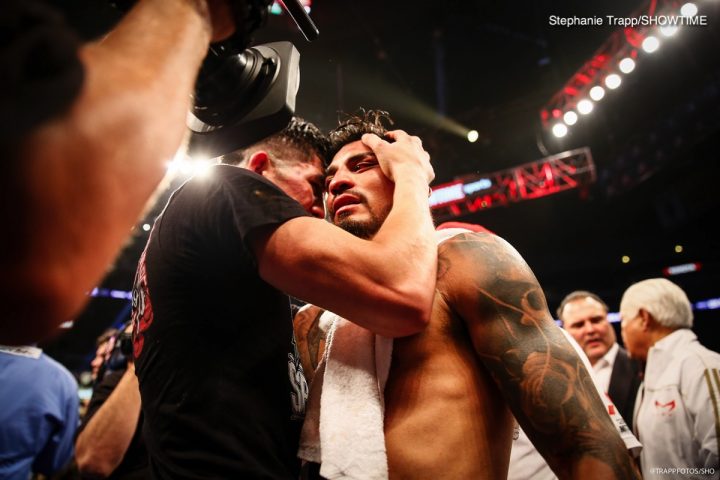 Abner Mares, the four-time World Boxing Champion, will be celebrating Mexican Independence Day and the start of Hispanic Heritage month in Las Vegas this weekend as he joins the Telemundo Deportes broadcast team to cover the Saul Canelo vs. Gennady “GGG” Golovkin fight as well as take time to meet his fans at the Box Fan Expo.

Mares joins the Telemundo Deportes show Titulares y Más on the road to present complete pre- and post-fight coverage and expert analysis of the much-anticipated fight. Mares joins Telemundo host Karim Mendiburu for onsite coverage and special reports throughout the week for the nightly editions of Titulares y Mas at 11:35 p.m. ET leading up to the main event.

“I’m excited to join Telemundo Deportes to cover this amazing battle between two of boxing’s best – Saul Canelo and Gennady Golovkin. It’s a fight fans want to see and I look forward to helping cover all the events leading up to it.

“I’m also looking forward to meeting my fans on Saturday at the Box Fan Expo. It’s always great to see the people who have supported me during my career and it’s my way to say thank-you to them in person. I hope to see everyone in Vegas and celebrate boxing and the history and legacy Latinos bring to the sport.”

Abner Mares is a four-division World Boxing champion, Olympian and tenacious fighter known for strategy, execution, calculated power and a wicked inside punch. As the second youngest fighter to be a three–time World Champion, Abner’s 31-win/15 knockouts, 3-loss/1 draw record speaks for itself and continues to grow. Born in Guadalajara, MX, he was raised in both Mexico and the United States with his parents working multiple jobs to provide for their 11 children. Abner’s father introduced him to boxing at a young age, with Abner starting his training professionally at age 12. Abner’s story of his family’s struggles both in Mexico and the U.S. has been well documented, as he came to the U.S. at 7 years old, immigrating to the U.S. via Tijuana. The journey and challenges he and his family faced as new immigrants, not knowing English, were real and he credits boxing’s core tenants of strength, focus and dedication in helping him change his life.