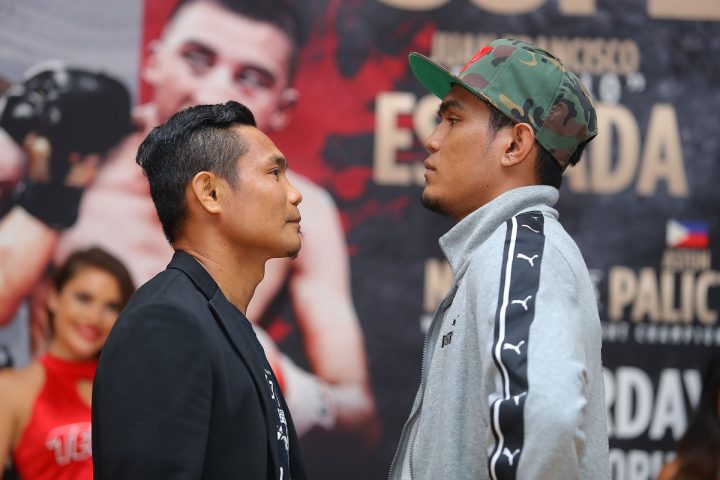 Ranked #1 and #2 respectively by the World Boxing Organization, Filipino rivals Nietes and Palicte will battle for the vacant WBO Super Flyweight World Title on Saturday, September 8 at the “Fabulous” Forum and televised on HBO Boxing After Dark beginning at 9:45 p.m. ET/PT.

DONNIE NIETES
“This fight represents a lot to me as I will seeking my fourth world championship in a fourth different weight division. Winning the world title will put me at the level of Manny Pacquiao and Nonito Donaire and will add worldwide recognition to my career.”

“I believe my fight with Aston has a very real possibility of being the best fight of the night. We are both training very hard and I am sure that we will be at our very best on September 8 and will give all the fans a great fight.”

“I would be worried if we were playing basketball, but this is boxing and I know how to fight taller opponents and that is why we are working so hard in the gym. I think it’s very important that Filipino boxing has reached the level where we fight for a world title against each other and at a historic venue like the Forum and on HBO.”

ASTON PALICTE
“I am happy to have the opportunity to fight for a world championship on such a big card and to be on HBO. The fact the we are both Filipino doesn’t matter, we are both here to do a job and no matter what happens we will still be friends after the fight.”

“I have worked very hard to get here and I want to give the fans the best fight possible and I also believe that our fight could be the best of night as we both have a lot at stake on September 8.”

“I’m looking forward to fighting for my second world title, especially the WBC belt and thank you to my promoter Tom Loeffler and 360 Promotions for this opportunity. I’m proud to be half Filipina and look forward to being a part of this tremendous card, it’s ‘Bang Bang Lulu’ time. I’m looking lean and mean, now it’s time to get the green!”

“Thanks very much to the fans and media for joining us this morning. We’re very grateful for the support of the Filipino community for this world championship fight between Donnie Nietes and Aston Palicte. This fight shows the quality of the Filipino boxers in the world today. Filipinos should be very proud to have the #1 and #2 world ranked fighters competing for the vacant WBO Super Flyweight Title. The Filipino community will have another world champion crowned on September 8 at the Forum. “ 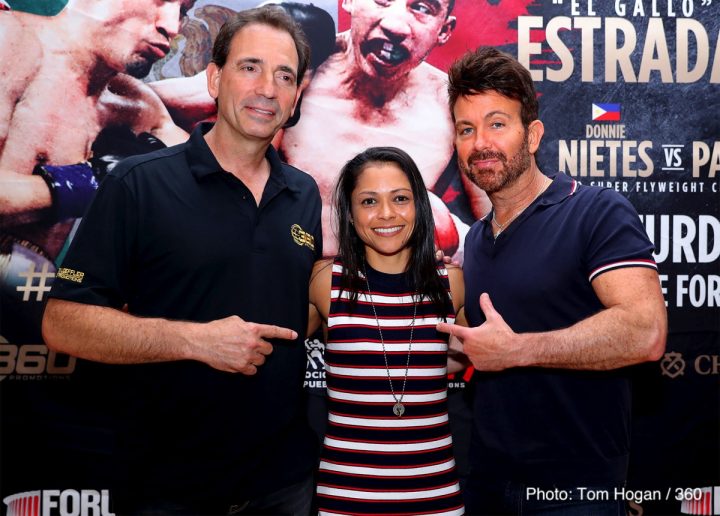 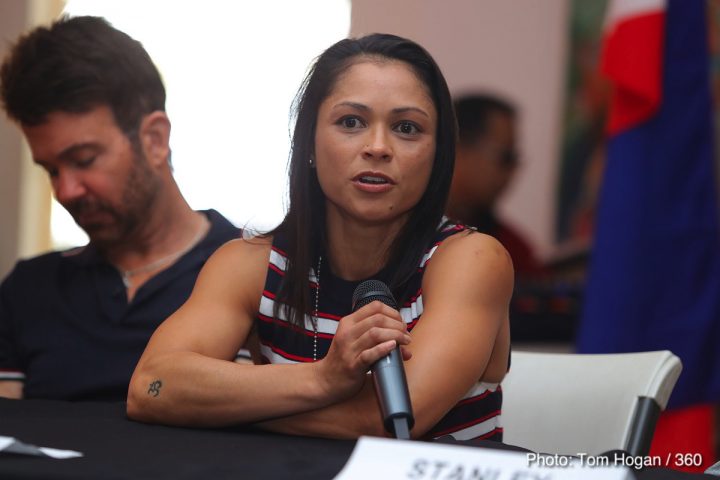 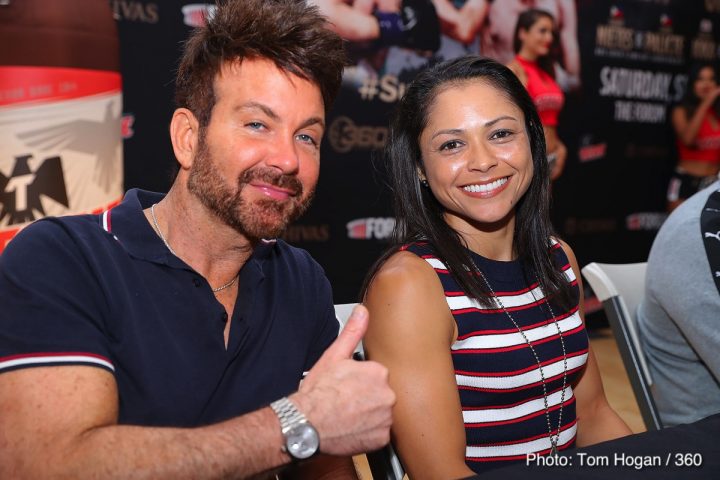 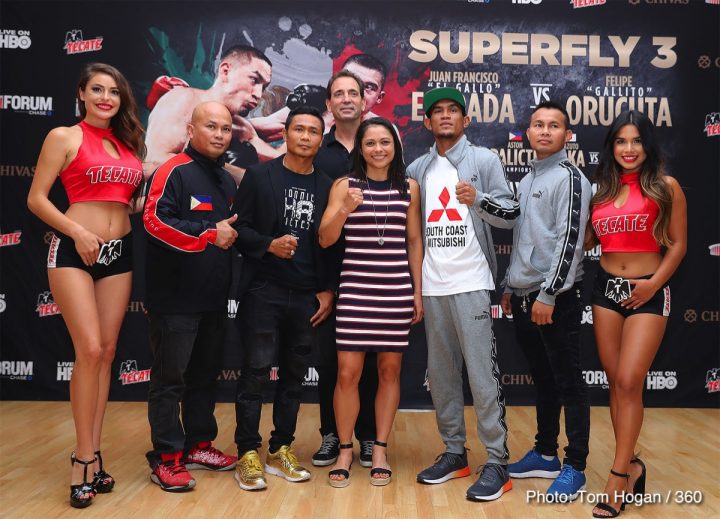 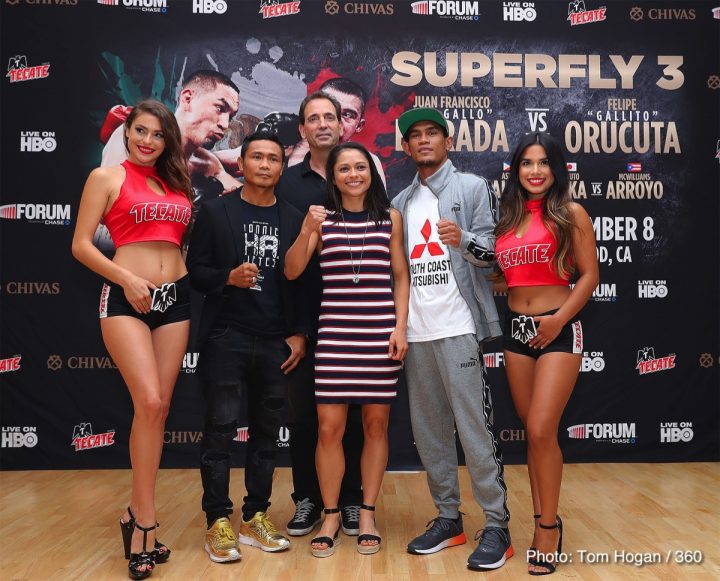 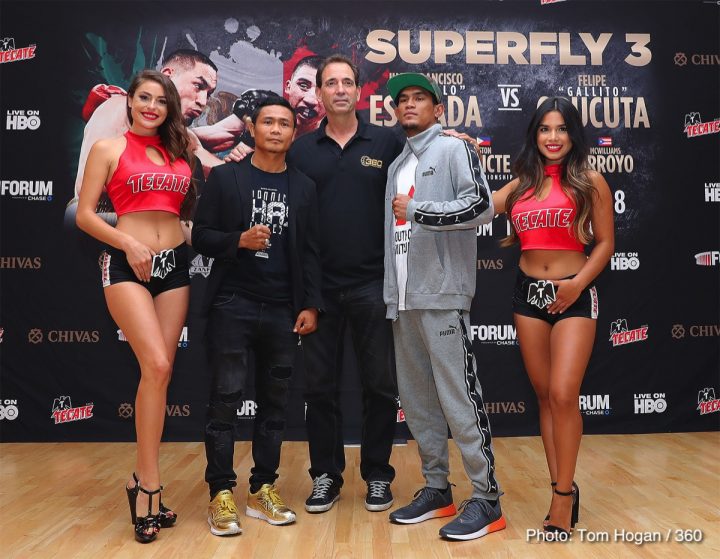 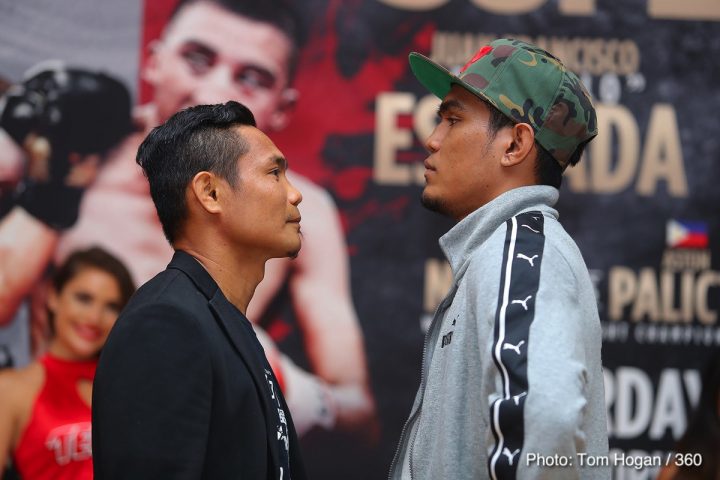 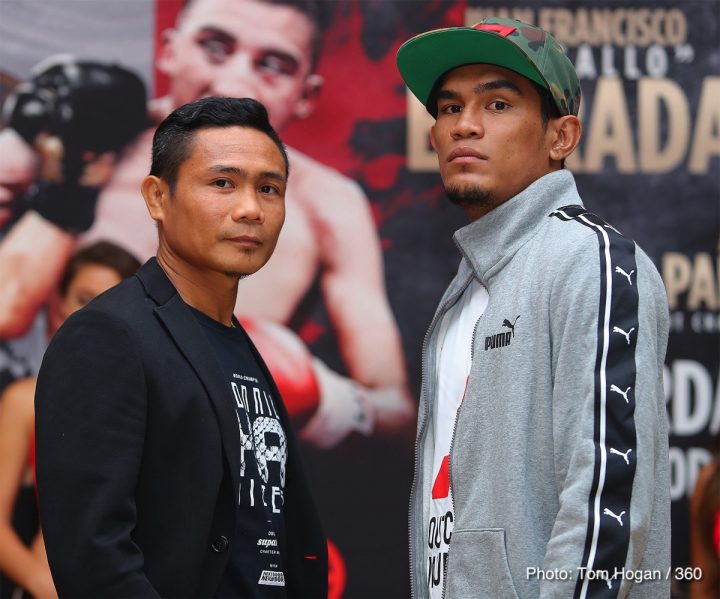 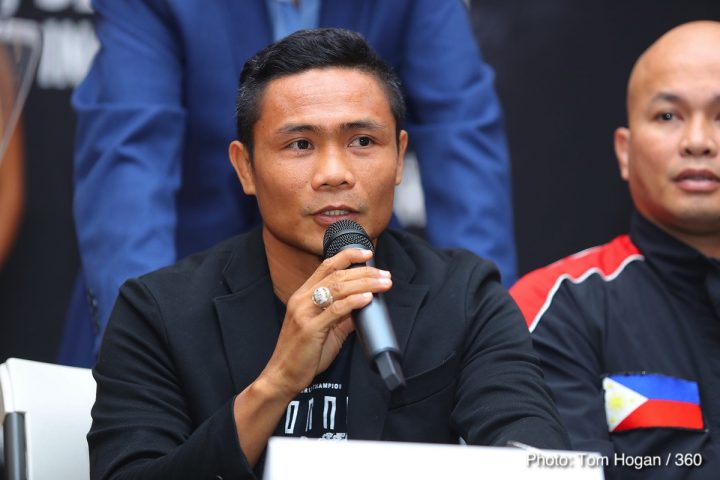 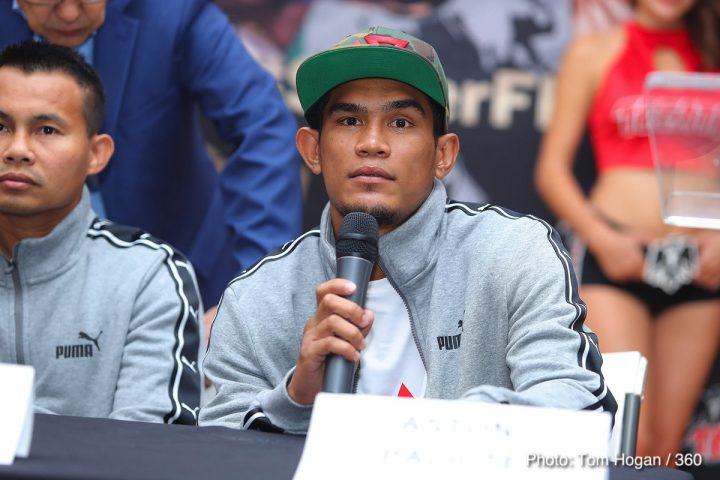 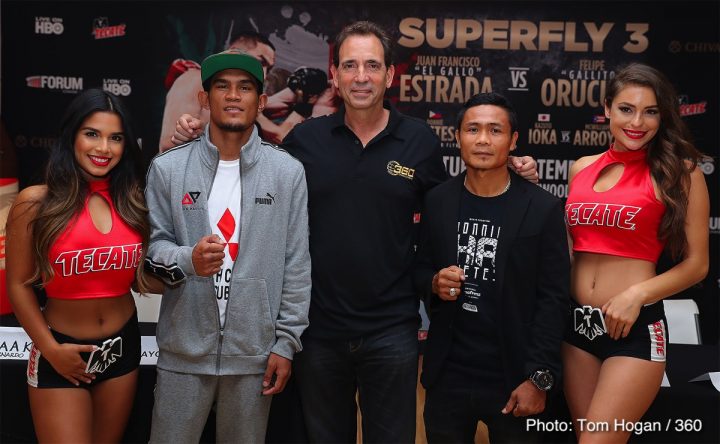 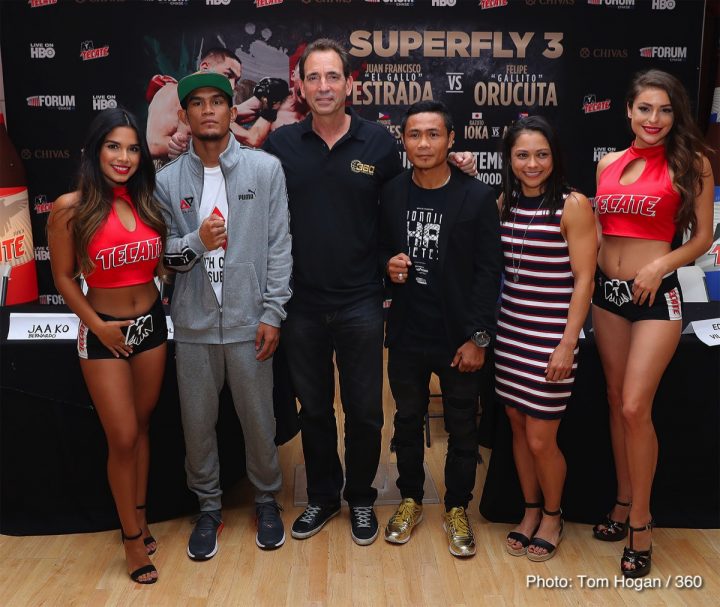 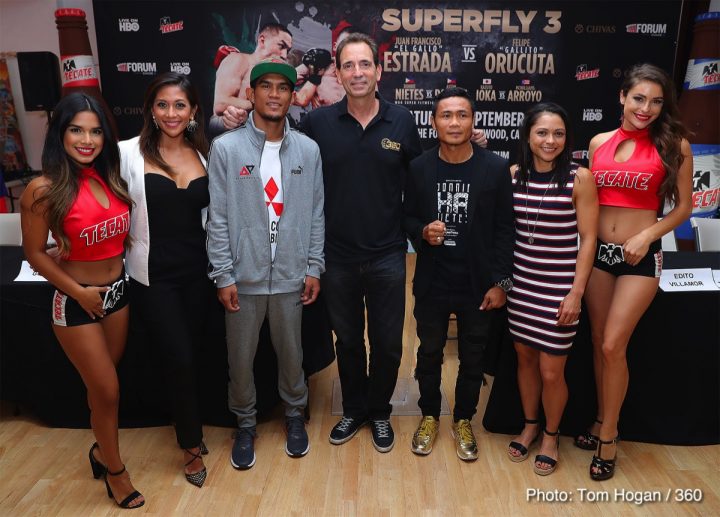 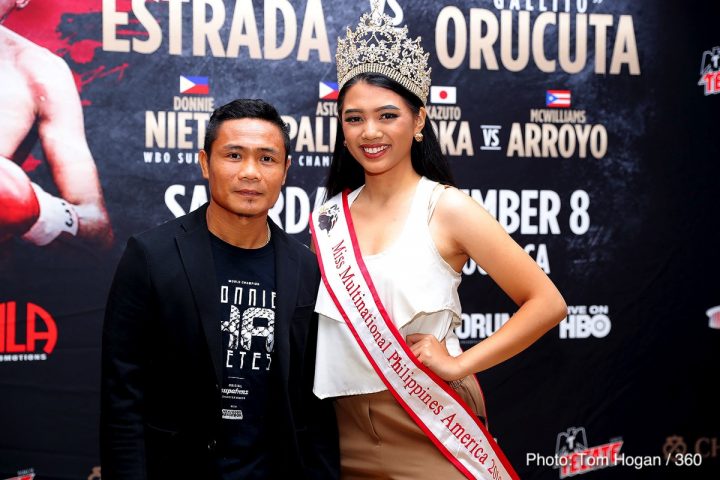