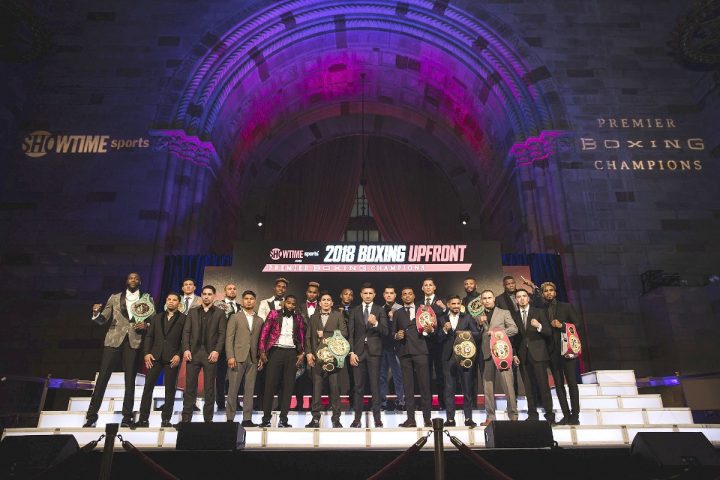 SHOWTIME and Premier Boxing Champions have collaborated to set the standard for live boxing where the brightest stars in the sport compete in the most compelling and competitive matchups on a consistent basis.

“Over the past seven-plus years, SHOWTIME has developed the most comprehensive slate of boxing programming in the world,” said Espinoza. “We have consistently been recognized for making the most significant contributions to the sport of boxing, both financially and editorially. Building off our industry-leading live event schedule, this long-term deal with Premier Boxing Champions ensures that SHOWTIME will remain the No. 1 destination for the world’s greatest fighters and their passionate and diverse fans.”

“Premier Boxing Champions is pleased to extend our relationship with SHOWTIME and continue our commitment to providing the best boxing events with the biggest stars across the most popular divisions in the sport,’’ said Tim Smith, Vice President of Communications for Haymon Boxing.

In 2018, SHOWTIME is delivering more live boxing than any other network—more than 30 presentations in total by the end of this year. In 2019, anchored largely by Premier Boxing Champions’ events and including content providers from around the world, SHOWTIME will present an even larger schedule with live boxing from virtually every level of the sport—prospects and contenders, to world championship bouts, world title unifications and pay-per-view tent pole attractions.

In addition, SHOWTIME Sports will continue to grow its burgeoning slate of shoulder programming in support of the sport and its athletes including the three-time Sports Emmy Award winning series ALL ACCESS, the cutting-edge talk show BELOW THE BELT WITH BRENDAN SCHAUB, and digital-only series such as SHO REPORT, FIGHT NIGHT and RING RESUME.

The 2018 lineup, hailed as the strongest in boxing, was revealed in January at the inaugural SHOWTIME BOXING UPFRONT, an event that established a top-flight boxing season and a level of organization never before seen in the sport. Planning for the 2019 SHOWTIME boxing schedule is underway, and the first slate of main event matchups will be revealed in January.