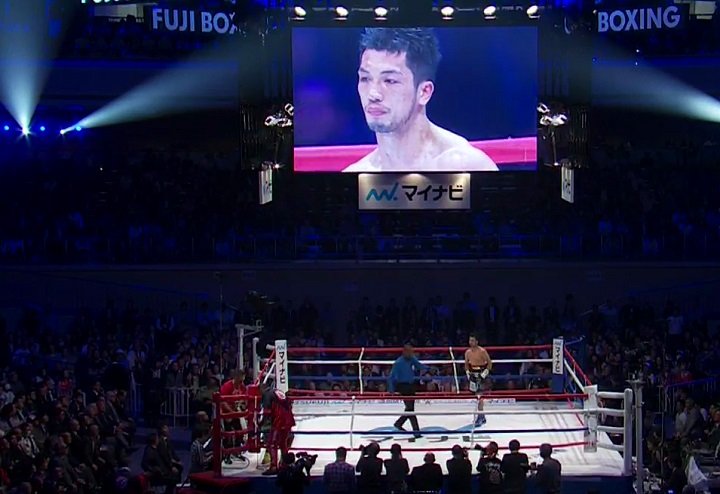 By Chris Williams: WBA ‘regular’ middleweight champion Ryota Murata will be defending his title against mandatory challenger Rob Brant on October 20 at Park Theater in Las Vegas, Nevada. Murata-Brant is expected to be streamed on ESPN+. The undercard hasn’t been put together as of yet.

Murata vs. Brant isn’t the fight that Top Rank wanted. They were hoping to match Murata (14-1, 11 KOs) against Jason Quigley and then put him in with Esquiva Falcao in what would be a rematch from their 2012 Olympic final. The plan is still for Murata to face Falcao soon, but Murata will need to take care of his World Boxing Association ordered fight against the 27-year-old Brant.

Brant is an odd choice for the WBA to be ordering to challenge Murata. Brant lost Juergen Braehmer last year in the quarterfinals of the World Boxing Super Series tournament on October 27, 2017. The 5’11 1/2” Brant didn’t have enough size, experience or boxing skills to compete with former two-time world champion Braehmer at that early point in his career. Brant has fought only once since then in beating Colby Courter (12-12, 9 KOs) by a 1st round knockout last March.

Top Rank co-promotes Murata and they’re really high on him. Murata brings in huge ratings in his native Japan each time he fights, and it’s a big positive for Top Rank to have someone with that kind of popularity in his home country. Murata isn’t considered one of the top middleweights in the eyes of a lot of boxing fans. He’s a belt holder, who won the title beating Hassan N’Dam by a 7th round knockout last October. Murata lost to N’Dam by a 12 round split decision in their first fight last year in May. It was considered a controversial decision to some fans, but it was clearly a bad performance from Murata. He was getting hit a lot by N’Dam. It was such a bad performance by Murata that you would have to consider it a loss even if he won the fight, as he looked more like a bottom feeder level contender than a top five guy in that fight.

The young 27-year-old Brant is considered as having very little chance of beating the 32-year-old Murata, but you can’t rule out an upset. Brant is the better athlete of the two, and he’s considerably younger. Murata is still in the prime of his career, but he’s not fought anyone with the athleticism that Brant possesses since he fought in the Olympics. Top Rank has matched Murata with great care in putting him in with a lot of journeymen level opposition instead of guys that could possibly beat him like Daniel Jacobs, Demetrius Andrade, Jermall Charlo, Saul Canelo Alvarez and Sergiy Derevyanchenko.

It would be a major blow for Top Rank if Brant is able to beat Murata. It would foil their plans in putting him back in with Falcao, and it would sideline any hopes of him facing Canelo and Gennady Golovkin down the road. Murata will likely still end up fighting those two even if he loses to Brant, but the fights would need to take place after he rebuilds his career. Murata would need to avenge his loss to Brant before Top Rank could think of putting him in with Canelo or GGG.

Warren says Wilder-Fury fight is on! »