Paddy Barnes: I’m the strongest flyweight in the world 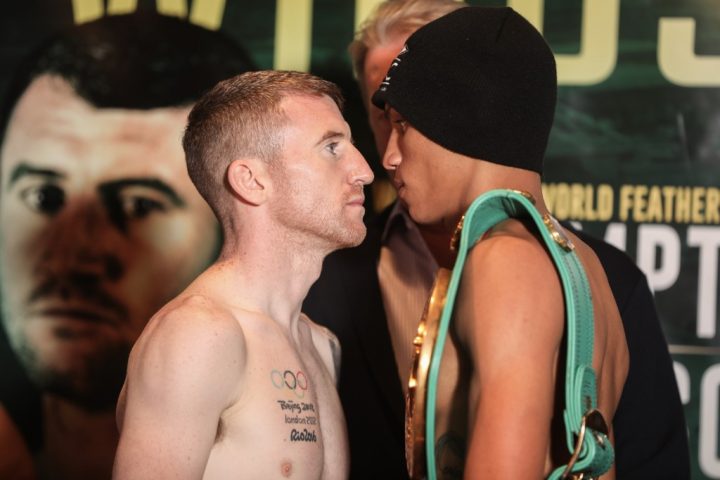 Paddy Barnes is determined to prove himself the world’s biggest force in the flyweight division tonight when he challenges WBC world champion Cristofer Rosales at Windsor Park.

As well as an entire city roaring him on, Barnes expects to hold a significant weight advantage when the first bell rings.

Barnes said: “I’m definitely the strongest flyweight in the world. I know that because of the training I do – I lift heavier weights than other lads do.

“I know for a fact I’m stronger than Rosales. It was strange he’s so light. It wasn’t just at the weigh-in but he’s been on the weight all week. He won’t be able to put much weight on for fight night.

“I’ve come down a bit sharply so I can go back up again and feel good about it but he’s been on the weight all week. I just don’t really see the benefit of that.

“For my ring walk, I’m sure the hairs on the back of my neck will stand up because I’m sure the crowd will be really, really loud.”

Barnes’ trainer Danny Vaughan added: “Mood wise, Paddy’s always moody. You never know what mood he’s in. Fitness-wise, he’s in the shape of his life, though.

“It’s going to be unbelievable in there. It’ll be difficult for the kid – he could crumble under the crowd and the noise whereas Paddy will get some lift off it and so will everyone else.

All the action will be broadcast live on BT Sport from 7.45pm