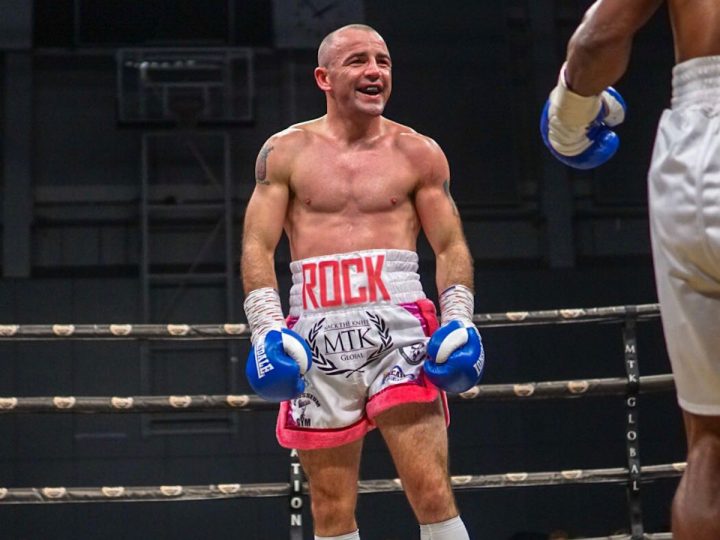 Stephen Ormond is determined to complete a fairytale and win the lightweight world title after climbing off the canvas to outpoint world-ranked George Ashie in Glasgow.

Ormond was felled by the powerful Ghanaian but recovered to return the favour on his way to narrow win on the scorecards – prompting wild scenes of celebration in the ring and in the crowd.

“The sooner the better for me. It makes sense for these champions to come out here and fight but I don’t mind where it happens.

“I’ve no fear of any of these champions. I’m just excited to get out there and fight again as soon as possible. I’m eager.

“I don’t know what it is but I’ve always been a hard worker. My mind is now in the game. Mentally I’m in a great place. I believe it’s my destiny to be world champion and with MTK Global I’ll hopefully get the shot.

“I refused to be beaten by Ashie because I know what I’ve got left in me. It’s a new me and I mean that. If I’d listened to people, I’d have given up five years ago. There are fights left in me, let me tell you.

“Pedraza is a champion and I want to fight him. Congratulations to him on his new belt but don’t get too comfortable in it because I’m coming for it.”

Former European champion Stephen Ormond is pleased to be playing his part in fan-friendly fights but warns world-ranked George Ashie there’s only one winner tonight.

With several MTK Global ‘derbies’ such as Jack Catterall v Tyrone McKenna and Luke Keeler v Conrad Cummings lighting up big stages of late, Ormond asserts that the spectators – both live and at home – are consistently benefitting.

Ormond said: “If you put two top fighters in against each other then it’s good for everybody. The best will come out on top and it shows everyone what’s what and who’s who.

“It’s really great for the fans to put these kind of fights on. Whether it’s the ones who are turning up to attend the show or the ones watching on TV, people will always want to see true 50-50 fights.

“I want to be right at the top of this sport and once I take Ashie’s WBO world ranking, the sky is really the limit for me. Everything seems to be happening at the right time for me because I matured late in my career.

“When I beat Ashie, I believe I’ll be close to being in a position to challenge Raymundo Beltra for the world title. With MTK Global behind me, anything is possible and I’d like to thank them for putting this fight on.”

In addition to Ormond v Ashie, Darragh ‘Super’ Foley faces the well-respected Chris Jenkins as the headline act with popular Scottish fighters such as David Brophy, Kieran Smith and Stephen Tiffney on the card.

Stephen Ormond believes the sky’s the limit ahead of Friday’s mouthwatering clash with world-ranked George Ashie and has his sights trained on a world champion.

‘The Rock’ – a former European lightweight champion – knows he faces a tough task in Ghana’s Ashie on the MTK Global show at Glasgow’s Emirates Arena but is mapping a course to a big title shot.

Ormond (25-5-KO13) was last seen dishing out a schooling to Nelson Altamirano in June and believes he can overcome Ashie (28-4-1-KO20) on his way to a clash with WBO world champion Raymundo Beltran.

Ormond said: “It was nice to get the rounds in in my last fight. It was more about that than bouncing back and I thought it went well because the opponent was a light-middleweight in there.

“I’ve seen Ashie’s fights. He’s got a great record and he’s obviously very tough. He’s highly ranked for a reason but I’m going to take that ranking off him when I face him.

“It’s clear that Ashie is very durable – he took Kevin Mitchell the full distance when they fought for the Commonwealth title. This will be a fantastic win for me because Ashie is a really high-class opponent.

“Raymundo Beltran is the end goal for me. That’s who I want to fight. He’s got the WBO world lightweight title and I plan to challenge him for it.”

Watch all the action live on BoxNation.

LIVE on BoxNation from 7pm