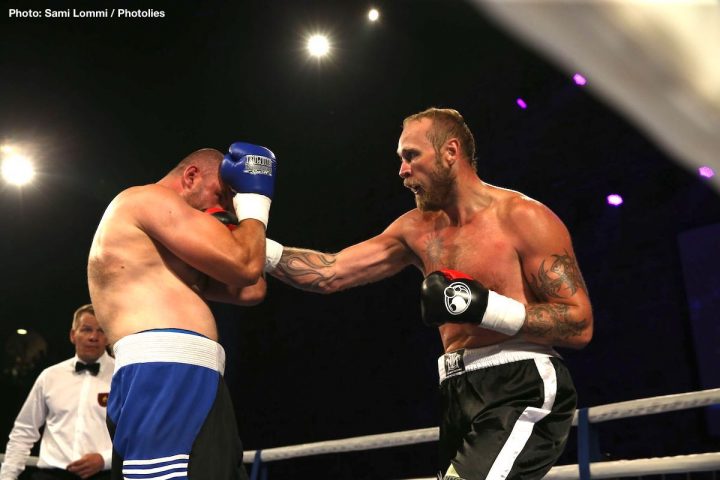 The EBU lightweight championship fight between Edis Tatli (31–2) and Frank Urquiaga (12–1) turned out to be a war. It was an action-packed fight with both boxers landing hard shots and neither one giving up an inch.

Urquiaga picked up the pace in the third and was more successful with his combinations, but Tatli answered with a good variety of uppercuts, left hooks and right hands. In the fourth Tatli took the center of the ring and commanded the action with his jab, and in the fifth he started to land stiff one-twos and right hands.

The sixth round started well for Urquiaga as the challenger got in booming body shots, but toward the end of the round he seemed to tire. In the seventh, in the midst of a heated exchange, Tatli got in a left hook that hurt Urquiaga. The challenger recovered, went back to attack mode and got in a beautiful uppercut in the final minute of the round.

The eighth was a wild round as Tatli hurt Urquiaga again, but the challenger recovered and snapped Tatli’s head back with a shot of his own. The two fighters exchanged punch for a punch for the remainder of the round. By the end of ninth both fighters seemed bruised.

In the tenth Urquiaga threw some flashy combinations as he got Tatli on the ropes, but later Tatli got in good shots of his own. The championship rounds started cautiously until Tatli took control of the 11th with a barrage of jabs and one-one-twos. Urquiaga answered with a hard hook that landed flush on Tatli’s jaw.

The heavyweight contest between Robert Helenius (27–2) and Yuri Bykhautsou (10–17–3) started with a bang as Helenius seemed to hurt Bykhautsou with the first shot he threw. The Belarusian welcomed the challenge and proceeded to attack Helenius vigorously for the next six rounds.

Helenius’s game plan was clear: het let Bykhautsou attack, countered with uppercuts and right hooks and then clinched. This proved to be an effective strategy, though often Bykhautsou caught the taller Finn with savage hooks to the head. Helenius’s shots seemed to have little effect on the charging Belarusian, whose chin proved once again to be very solid.

In the sixth and final round Helenius got in some shots that finally seemed to do damage. They were not enough for KO and the fight went to the scorecards. Helenius was rewarded with a unanimous decision.

The undercard featured several cracking fights. An eight-round featherweight contest between Jose Antonio Sanchez Romero (9–0–1) and Jose Hernandez (4–27–1) was a tough fight as Hernandez chased the taller Romero, who answered with jabs, one-twos and left hooks to the body. Romero stayed in charge and got the UD, but Hernandez proved to be one tough customer.

Welterweight Oskari Metz (8–0) faced an equally tough Nicaraguan Miguel Aguilar (11–46–1), whose hard hooks forced the Finn to keep his guard up. Round by round Metz started to take control more firmly, and though Metz attempted to score a KO in the sixth, Aguilar made it to the end and Metz had to settle for an unanimous decision.

Nourdeen Toure (8–2) scored a TKO victory over Isaac Benitez (0–4–1) in a light welterweight contest. The referee stopped this one a bit too early. 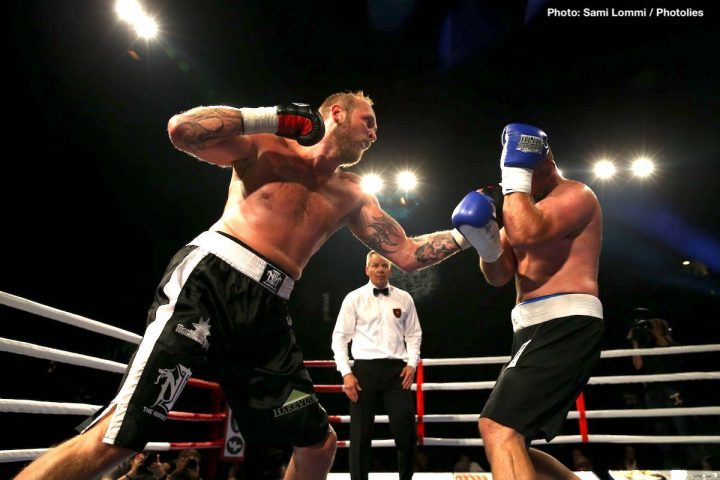 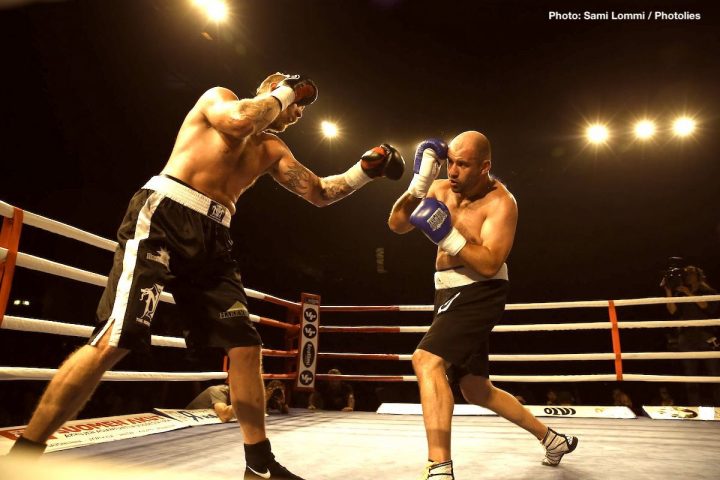