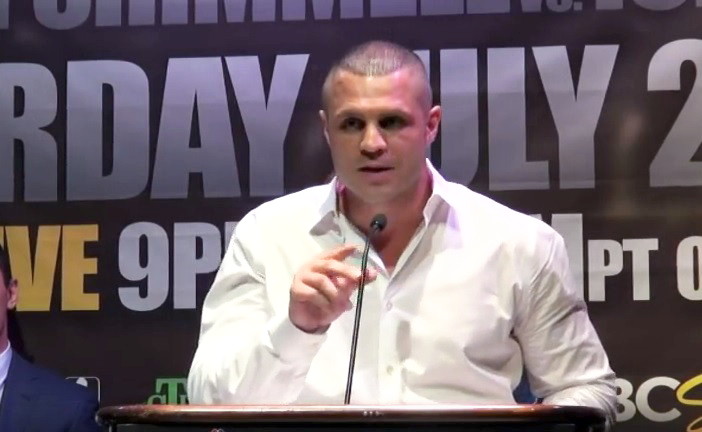 By Jeff Aranow: BJ Flores (34-3-1, 21 KOs) will be fighting #4 WBA Trevor Bryan (19-0, 13 KOs) this Saturday night for the interim World Boxing Association heavyweight title at the Celebrity Theater in Phoenix, Arizona. In a controversial move, the WBA has sanctioned the #5 WBA Flores vs. Bryan fight for their interim WBA heavyweight title.

The thing is, the WBA already has two champions at heavyweight in Anthony Joshua and Manuel Charr. The winner of the Bryan-Flores fight will make three world champions for the WBA at heavyweight. It’s unclear why the WBA has sanctioned the Flores vs. Bryan fight for their interim heavyweight title, because neither of them deserves to be fighting for that strap.

The 39-year-old Flores has been inactive for the last 14 months after beating journeyman Nick Guivas by a six round unanimous decision. Before that, Flores defeated another journeyman Jeremy Bates (26-19-1) in February 2017. Flores’ last tough fight was two years ago in losing a third round knockout against former World Boxing Council cruiserweight champion Tony Bellew.

”100 percent provided both guys keep winning,” Hearn said to TMZ.com about Wider and Joshua facing each other. That’s the fight. That’s the undisputed heavyweight championship of the world. No amount of money can ever buy that.”

Wilder is fighting in November or December, possibly against Tyson Fury. Joshua will be fighting on September 22 in defending against his WBA mandatory challenger Alexander Povetkin. Even if Wilder and Joshua both win their fights, a unification match for April 13 is a long shot. Hearn wants Wilder to agree to a flat fee offer of $15 million. Hearn and Joshua both have no interest in changing their offer to Wilder.

It’s a take it or leave it offer they’ve given Wilder for April 13. That means the negotiations for the Joshua vs. Wilder fight will need to restart after Joshua’s fight on April 13. If Joshua and Hearn still aren’t interested in veering away from the same flat fee offer they’ve made to Wilder, then a match between them won’t be possible until 2019 if then.