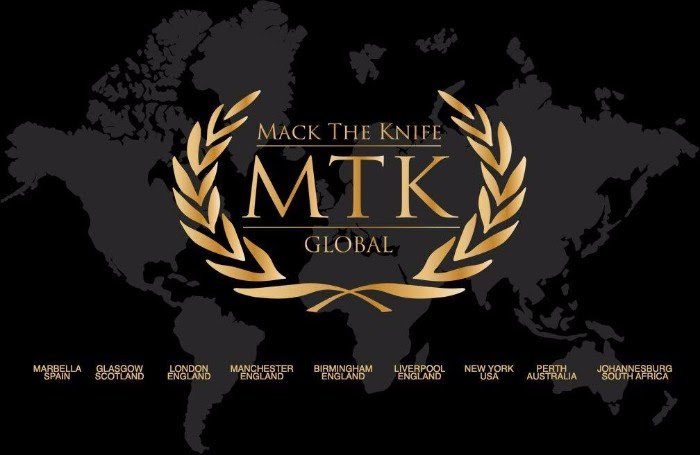 World-renowned trainer Vaughan has been incremental in the strength and growth of MTK Global with over a quarter of a century’s experience in the sport, training many of MTK Global’s top fighters across the UK and Spain including a trio of Irish stars in world title challenger Jamie Conlan, Olympic medallist and European champion Paddy Barnes, and top prospect Tyrone McKenna and today has announced plans to open a brand new MTK Global facility in Scotland this September.

Married to MTK Global CEO Sandra Vaughan, Danny has spent most of the past decade in Scotland and has built up a wealth of knowledge on, and contacts within, the local professional boxing scene.

While continuing to train fighters, Vaughan will now take an active role in managing Scottish boxers and promoting Scottish shows from his new state of the art training facility in Glasgow.

Vaughan said: “I’m so pleased to be at ground level, playing a direct role in the development of boxing in Scotland. The country has produced some legendary world champion fighters and legendary championship boxing nights over the years. I believe there is the potential for many more of both to come and that I am the man to realise that potential.”

“You don’t spend 25 years immersed in a sport and a business without learning a few things and I’m already putting this knowledge to use with our upcoming shows here in Glasgow. It’s exciting times for boxing in Scotland and I’m honoured to be leading MTK Global’s expansions here. Sam has done amazing work for boxing in Scotland and wish him all the best in the future.”

Sam Kynoch who previously lead MTK Scotland as Managing Director has also announced plans to step away from MTK Global to concentrate on his own projects and will no longer be representing any MTK Global fighters.

Commenting on the announcement, Kynoch said: “It’s been a pleasure working with MTK Global over the past two years and being a part of their continued expansion and an honour to lead their Scottish growth to date, however the time has come for me to focus on my own projects and give them my full attention. I want to thank Sandra and the team at MTK for their support and friendship over the years and wish Danny the very best of luck in his new venture, I have no doubt it will be a roaring success”.

MTK Global’s CEO Sandra Vaughan welcomes the news adding: “There is no one I would trust more than Danny to do this job so I know MTK Global’s future in Scotland is in very safe hands. His experience and knowledge mixed with his passion for boxing and for Scotland means I have no doubt that Danny’s dreams for MTK Scotland will be realised instantly. We’re so grateful for all the work and passion Sam has given to MTK Global and wish him well in the future.”

Canelo: “Golovkin’s power is nothing out of this world” »