Q&A with Kalle Sauerland on his arrival in Moscow 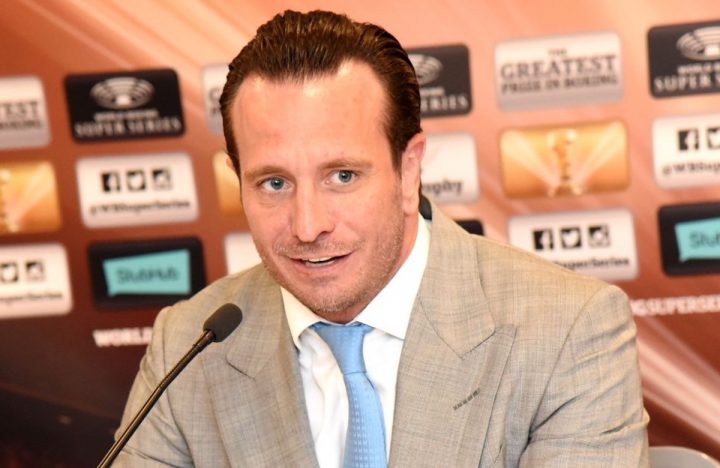 Yes, it is great to finally be here. Moscow is one of my favourite cities in the world, I’ve been here on many occasions and always have a great time! I have promoted both Russian Heavyweight World Champions Nikolai Valuev and Alexander Povetkin but this event is taking the sport to new levels it’s quite simply the Champions League Final, Saturday night we will see the first ALI Trophy being lifted!

We have two big events this week, the Cruiserweight final on Saturday, but first, it is the Season II Draft! Who is picking who?

That is the best part about The Draft, even I do not know who will pick who. Well, obviously there are a couple of mandatory match-ups that have to happen. But the other guys, they can pick whoever. I have said before that the fight nights are like boxing meets Game of Thrones, this is boxing meets Love Island!

Huge fight in this final, thoughts on that?

These are two are great boxers, amazing athletes who will literally be putting it all on the line on Saturday. This is exactly what we started this project to do, to make history. The Olimpiysky Sports Complex in Moscow will provide an amazing location for the first Ali Trophy Final in history with two supremely gifted athletes with rare opportunity to write history. People will talk about this fight for many years.

There have been certain statements from the Ukrainian’s management team that Usyk may not fight in Russia on Saturday?

Those rumours are complete and utter rubbish and there are absolutely no issues whatsoever. In fact, Usyk has expressed personally to me an extreme desire to win the first-ever Ali Trophy. He told me months ago that he didn’t care where the final would be and he is not only in Moscow, he is very, very confident that he will be raising the trophy on Saturday.

Have you had a chance to speak to the fighters?

Yes, I have seen the camps today already, both guys are supremely confident. The Final between Usyk and Gassiev will be a great advert for the sport, the Ali Trophy, and the cruiserweight division. Can there be any greater incentive to get in the ring and give the performance of your life? We are privileged on Saturday to witness the biggest fight in boxing this year, here in Moscow, may the best Champion win!

« Beristain says Canelo must be perfect to defeat Golovkin

James Jazza Dickens vs. Martin Ward off but show must go on »