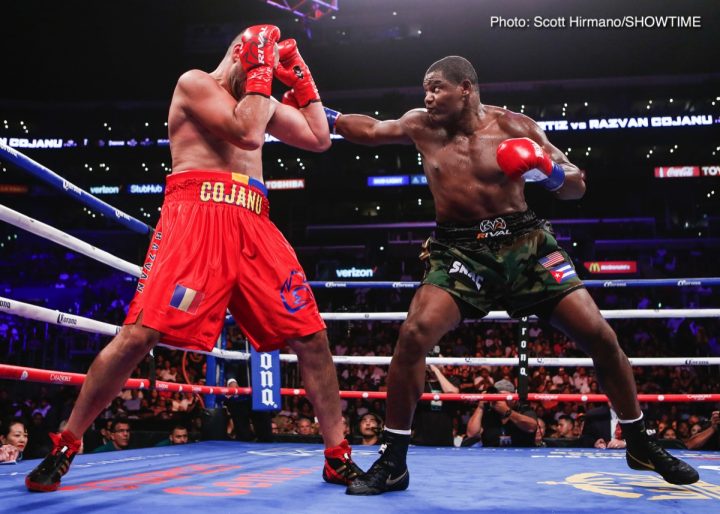 Fighting for the first time since his 10th round knockout loss to WBC heavyweight champion Deontay Wilder last March, the 39-year-old Ortiz dropped knocked the 6’7 ½” Cojanu down with a big right followed by a left hook to the head that sent the Romanian down face first on the canvas. The badly hurt Cojanu got back up, but the referee halted the fight after the 30-year-old staggered around. The official time of the stoppage was at 2:08 of round two.

In round two, Cojanu taunted Ortiz, trying to unnerve him in the same way he’d done with former WBO heavyweight champion Joseph Parker last year. It didn’t work against Ortiz though, as he picked Coanu off with hard shots that clearly bothered him. Finally, Ortiz knocked Cojanu flat with a left hand. Cojanu took a long time to get to his feet, but when he did, the fight was halted because he was too hurt.

The victory for Ortiz was an impressive one. Cojanu had gone the full 12 round distance last year against Joseph Parker on May 6, 2017. Cojanu gave Parker a lot of problems with his size and his taunting. Tonight, Cojanu couldn’t do that against Ortiz, who gave him no chance of playing his games. Cojanu picked the wrong fighter to try and pose and taunt. Ortiz wasn’t going to put up with the same tricks that Cojanu used against Parker.

Ortiz looked very good tonight. He says he wants a rematch against WBC heavyweight champion Deontay Wilder. Ortiz would give Dillian Whyte and Dereck Chisora HUGE problems if their promoter Eddie Hearn would allow them to face him. However, it’s unlikely either of them would want to get anywhere near Ortiz. Whyte had the chance to face Ortiz in a World Boxing Council heavyweight title eliminator, but he passed on the idea and chose to take the fight against Joseph Parker. It’s a good thing Whyte did that because he probably would have lost to Ortiz tonight. Ortiz is simply a much better fighter than Whyte.

In other results on the card, unbeaten light welterweight contender Mario Barrios (22-0, 13 KOs) stopped he game but limited Jose Roman (24-3-1, 16 KOs) in the 8th round in the first fight of the televised portion of the triple-header. The fight was halted officially at 3:00. Barrios knocked Roman down in the 4th round. Barrios knocked Roman down with a left hook to the head. The fight was one-sided from start to finish for Barrios. Roman, 23, battered Roman at will with power shots in this one-sided fight. After the 8th round ended, Roman decided not to come out for the 9th. 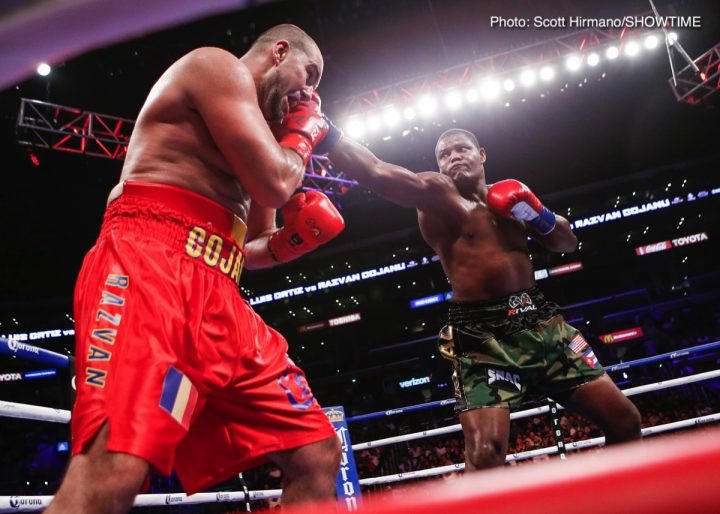 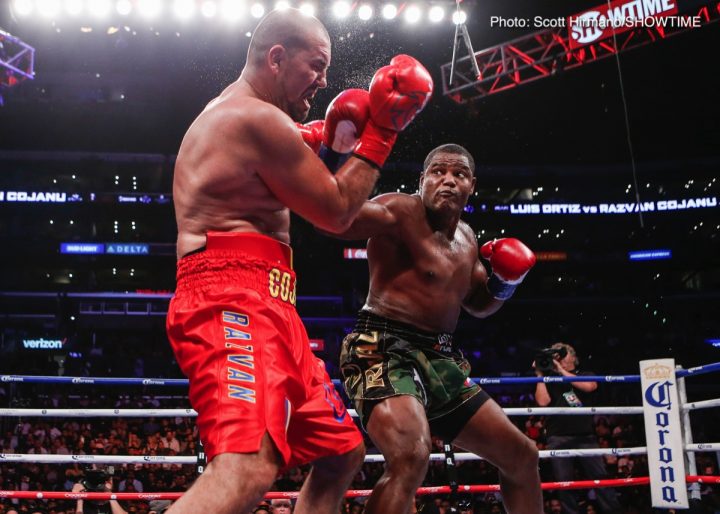 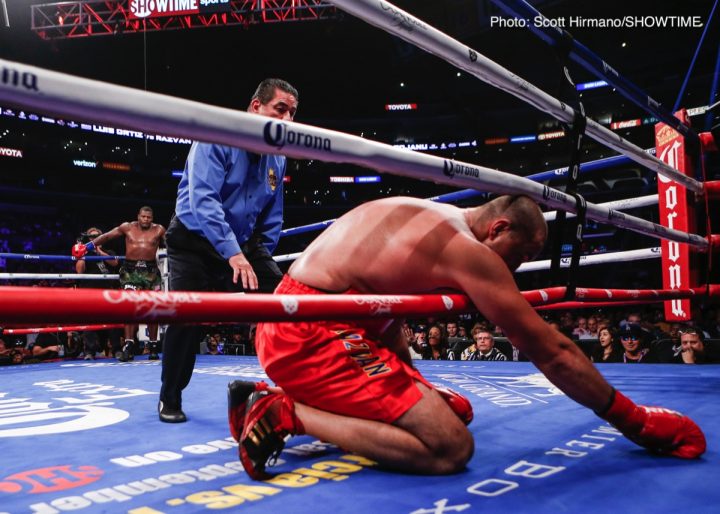 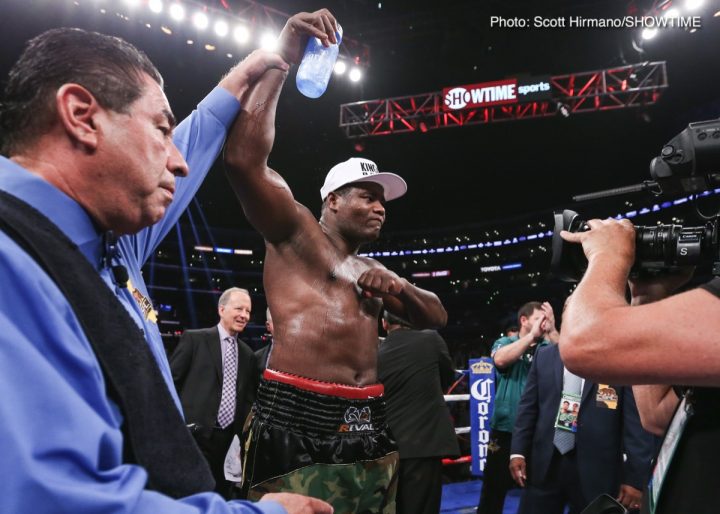 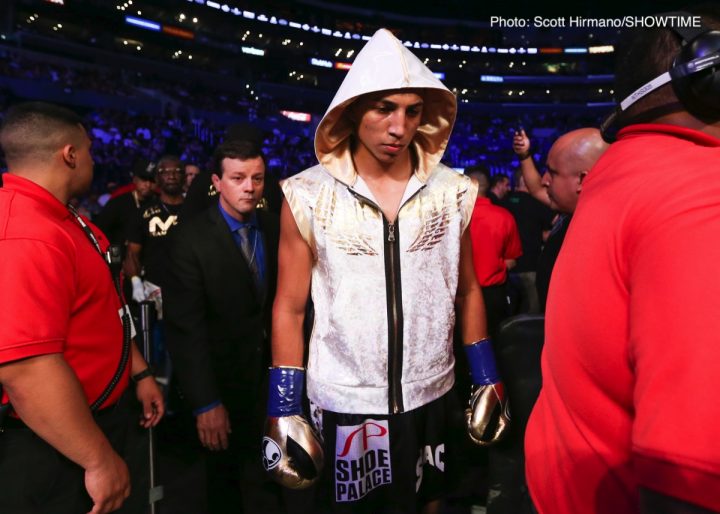 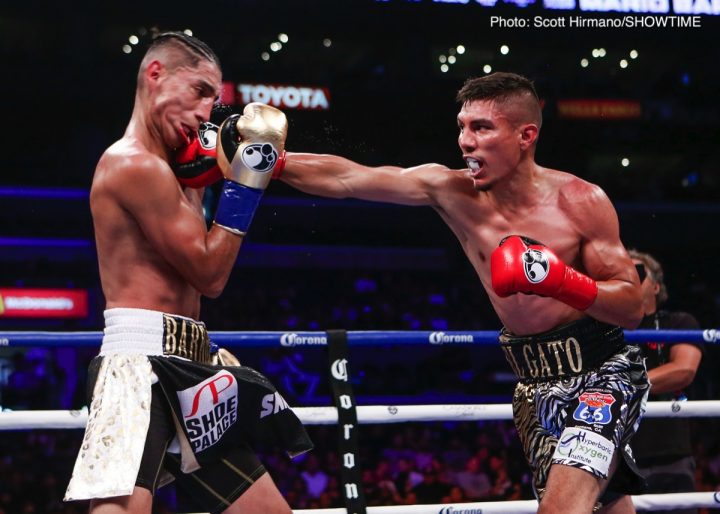 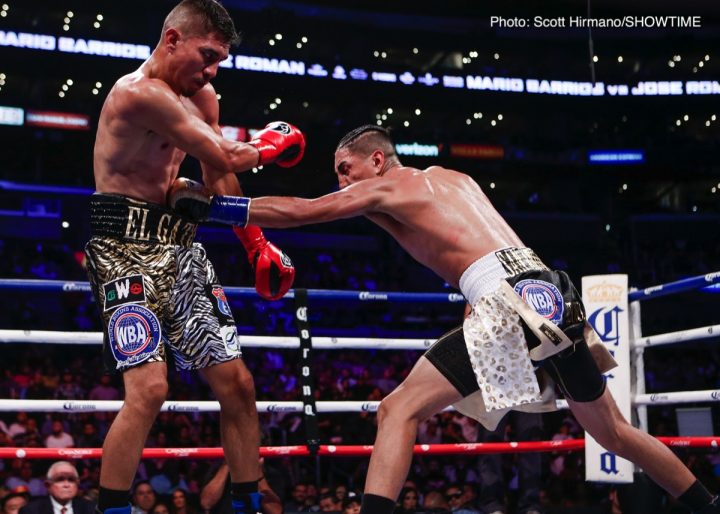 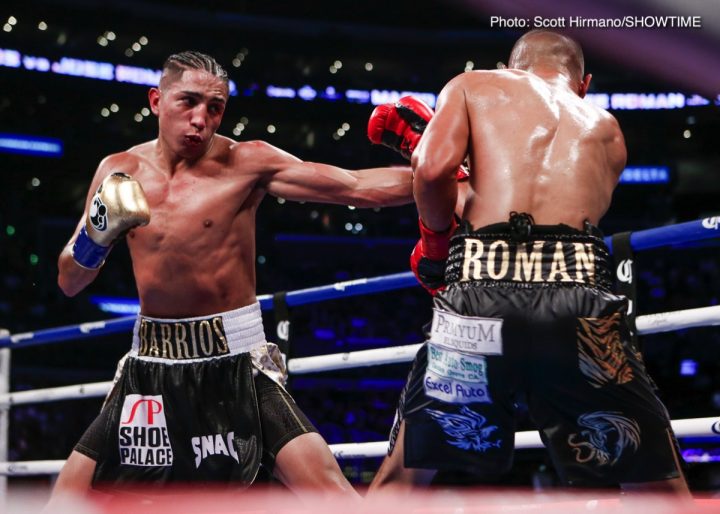 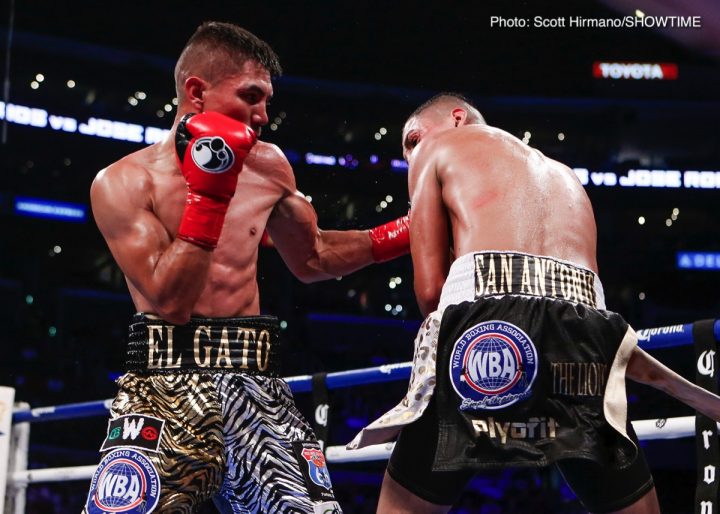 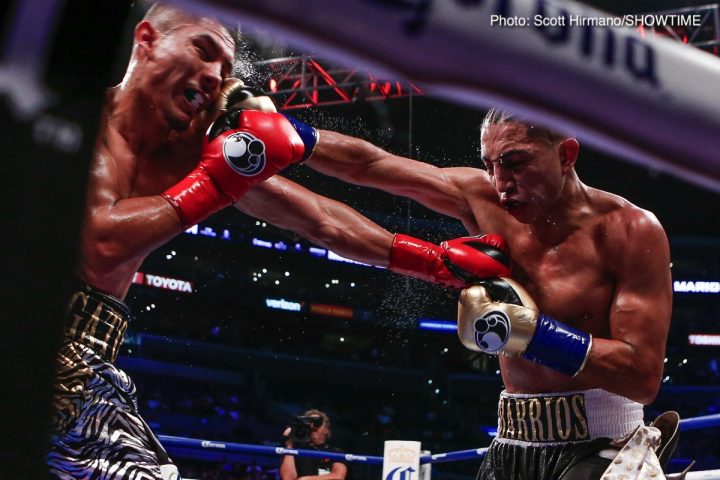 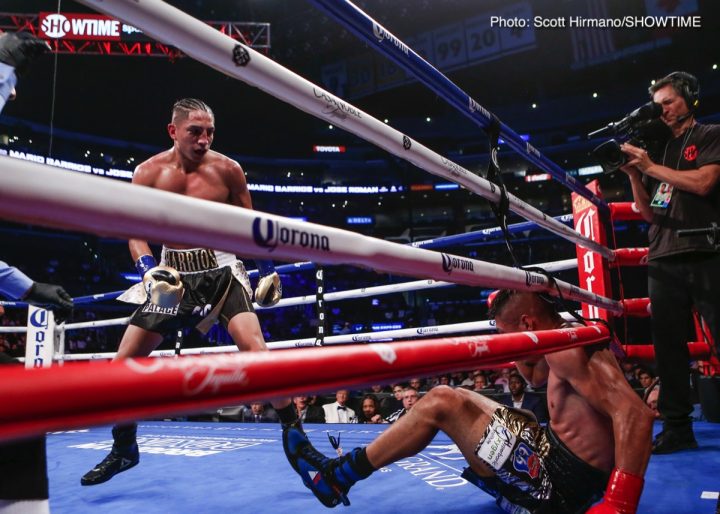 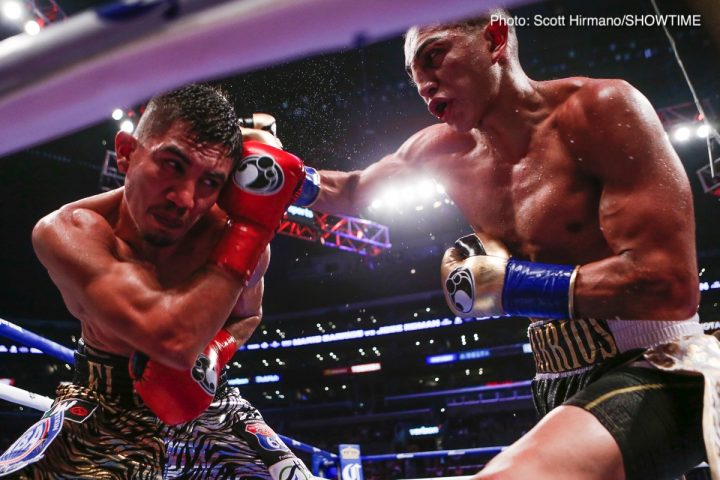 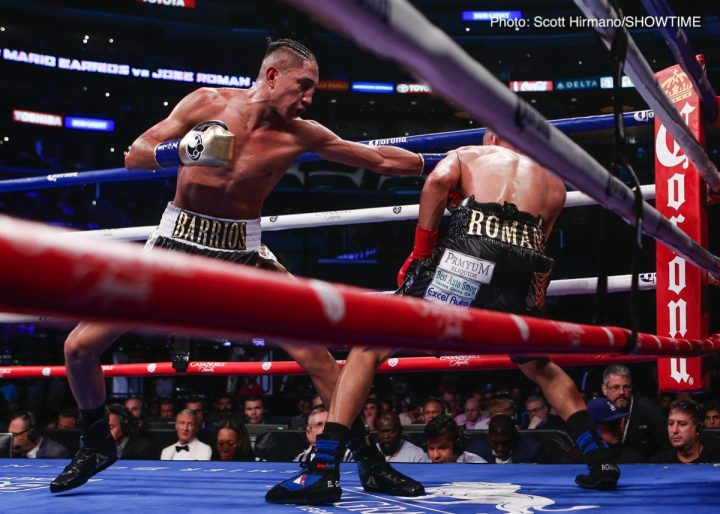 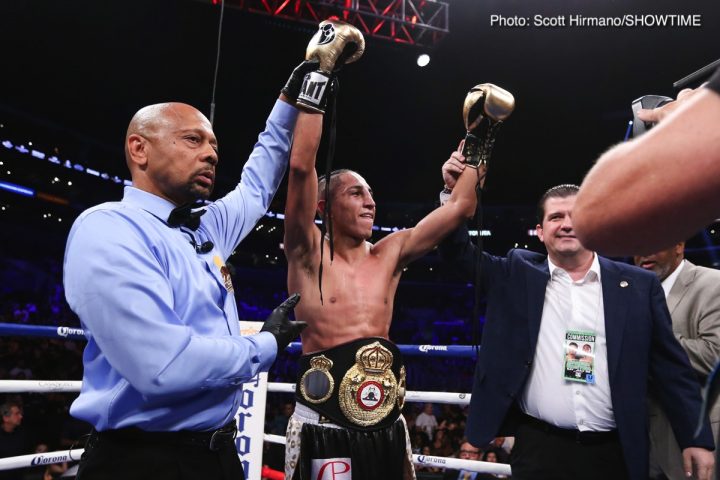 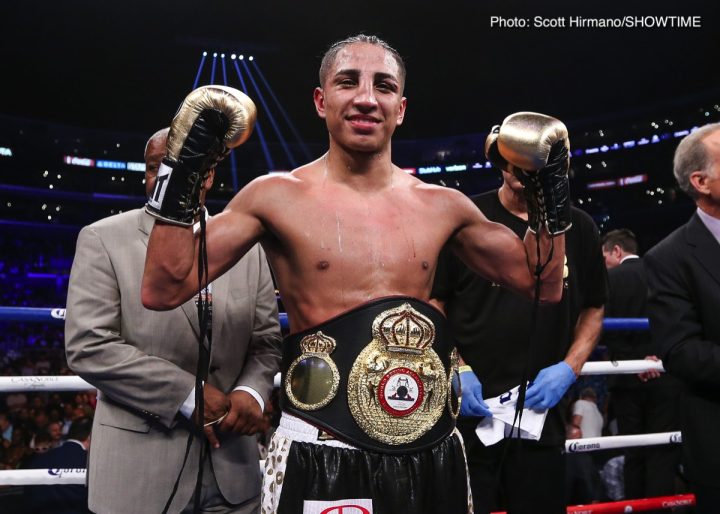